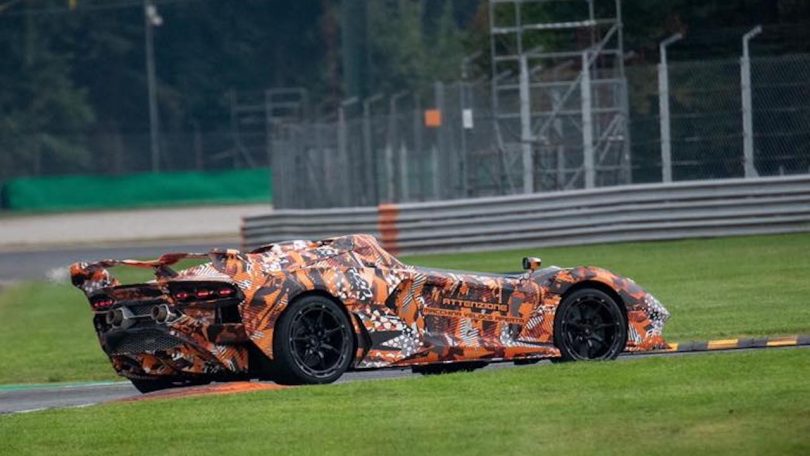 The camouflage is the interesting bit as the same camouflage was also seen on the track-only limited edition Lamborghini Essenza SCV12 with “Attenzione Macchina Veloce” printed on the front and side, leading us to believe that the open-top model could be an iteration of the Essenza SCV12. The open-top version is also likely to be a track-only car that could come in limited numbers but a set of tail lamps and a subtle spoiler, as compared to the full-blown wing leads us to believe that it could be homologated for road use, similar to the Ferrari Monza SP2.

It is also important to note that there are a lot of differences that set the new open-top supercar and the Essenza SCV12 apart, such as the tail lamp, exhaust pipe positioning, the rear spoiler design the overall size etc. The theory is only based on the lateral design language similarities and the similar wrap that both the car were wearing. Still, the new open-top track-car could be powered by the same engine and share some underpinnings as well.

If that is true, the new car is likely to be powered by a 6.5-litre naturally-aspirated V12 engine that develops over 830 Hp of power. The smaller open-top car is also likely to be slightly lighter which translates into a better weight to power ratio. The Essenza SCV12 has a weight to power ratio of 1.66 kg/hp. The new car is also likely to come in limited numbers and similar to the Essenza SCV12 customer’s are likely to become a part of an exclusive club that will give them access to the most prestigious tracks in the world, storage services, athletic training program and support from Squadra Corse technical staff. 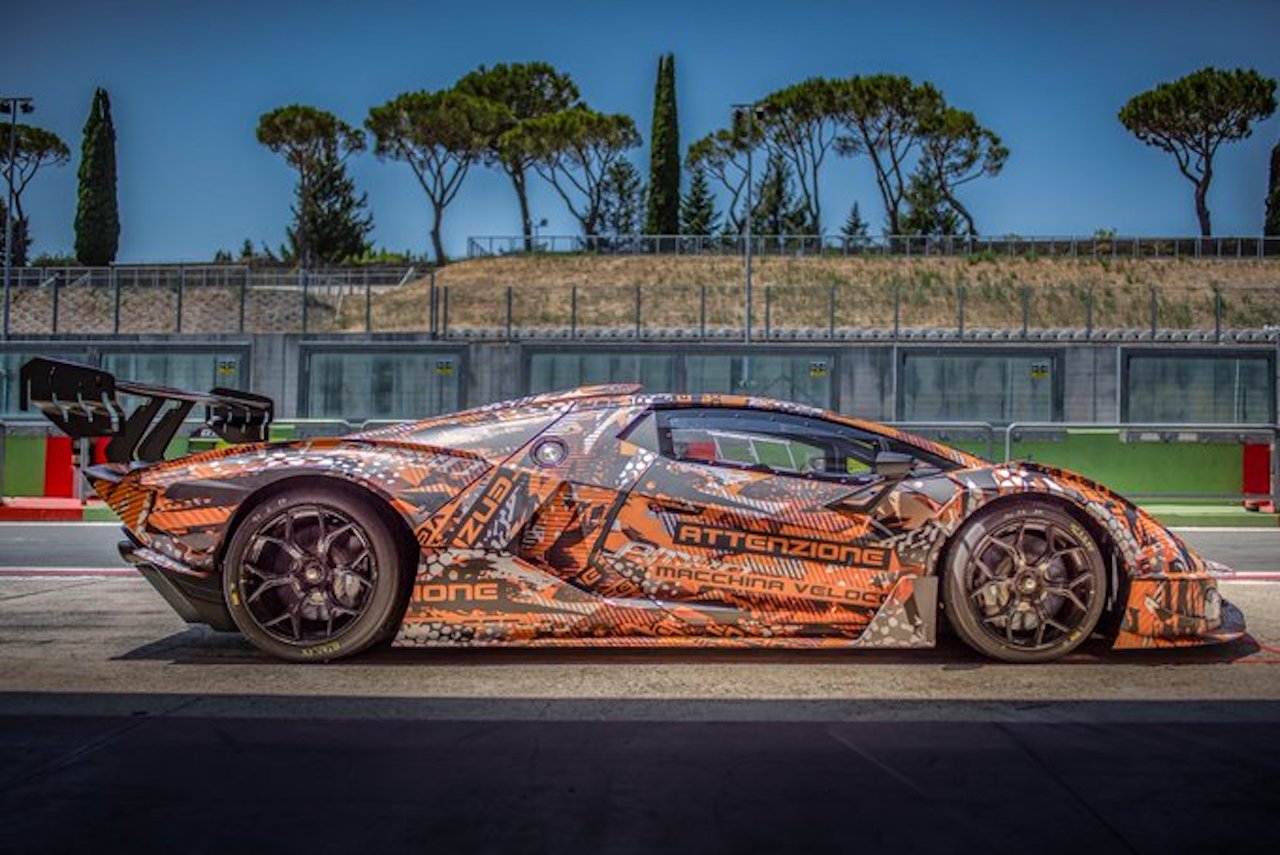 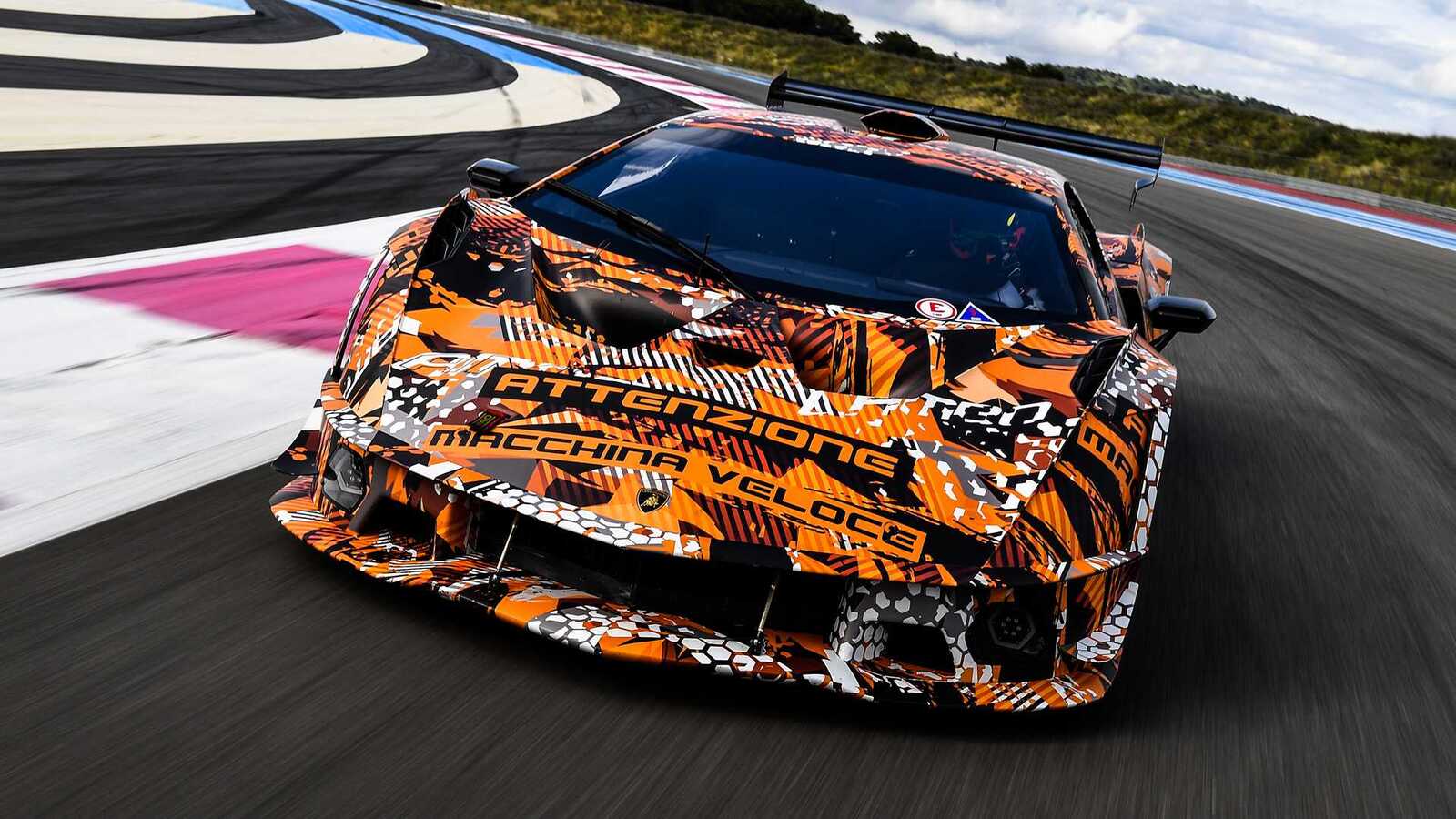