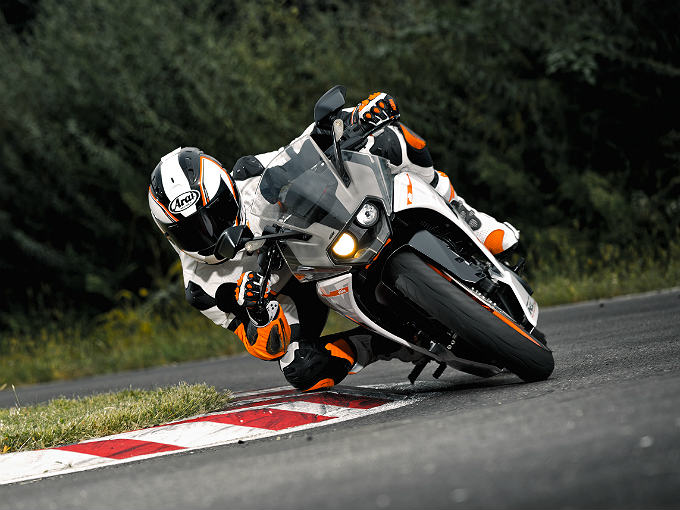 After months of road-testing the bike, KTM is all set to launch the RC390 in India on 9th September. The KTM RC200 will be launched a couple of months later, mostly by October 2014. Bookings are now open for the KTM RC390. The RC series of bikes were revealed at the EICMA Motorcycle Show last year.

The RC390 is a fully faired, track-tool version of the KTM Duke 390. The exteriors have been completely reworked with addition of a full fairing to make it look like a supersport class bike. Engine however remains identical to the Duke 390. Other mechanicals such as ABS, MID, Metzeler tyres etc. are expected to be carried forward on the RC series as well. Changes on the exterior also include turn indicators mounted on the rear view mirrors and LED DRLs at the front.

The RC390 gets an aggressive riding position, and will be quite fun to flick around on the track. With the light kerb weight and that fast 373.2cc motor, it will be quick off the line as well. When launched, the RC390 will be the most powerful motorcycle available in the price bracket of approximately Rs. 2.5 lakh (on-road). Competitors would be the upcoming Honda CBR 300R & Yamaha R25. Also, comparing the specs, the Kawasaki Ninja 300 will also be a competitor, if only the optimistic price is not a deterrent. 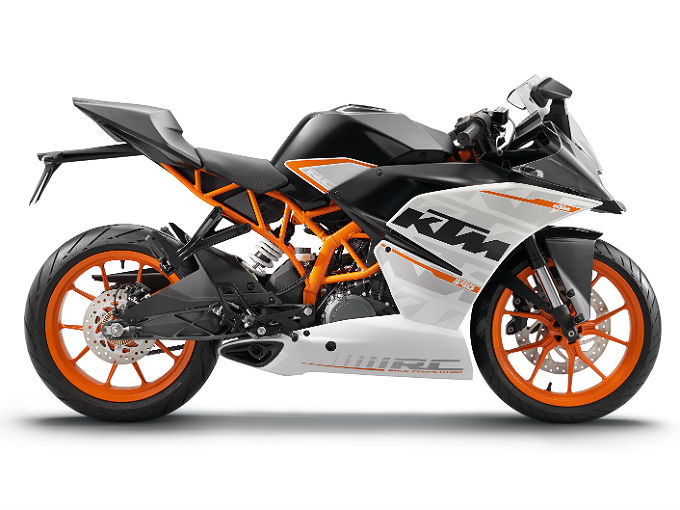