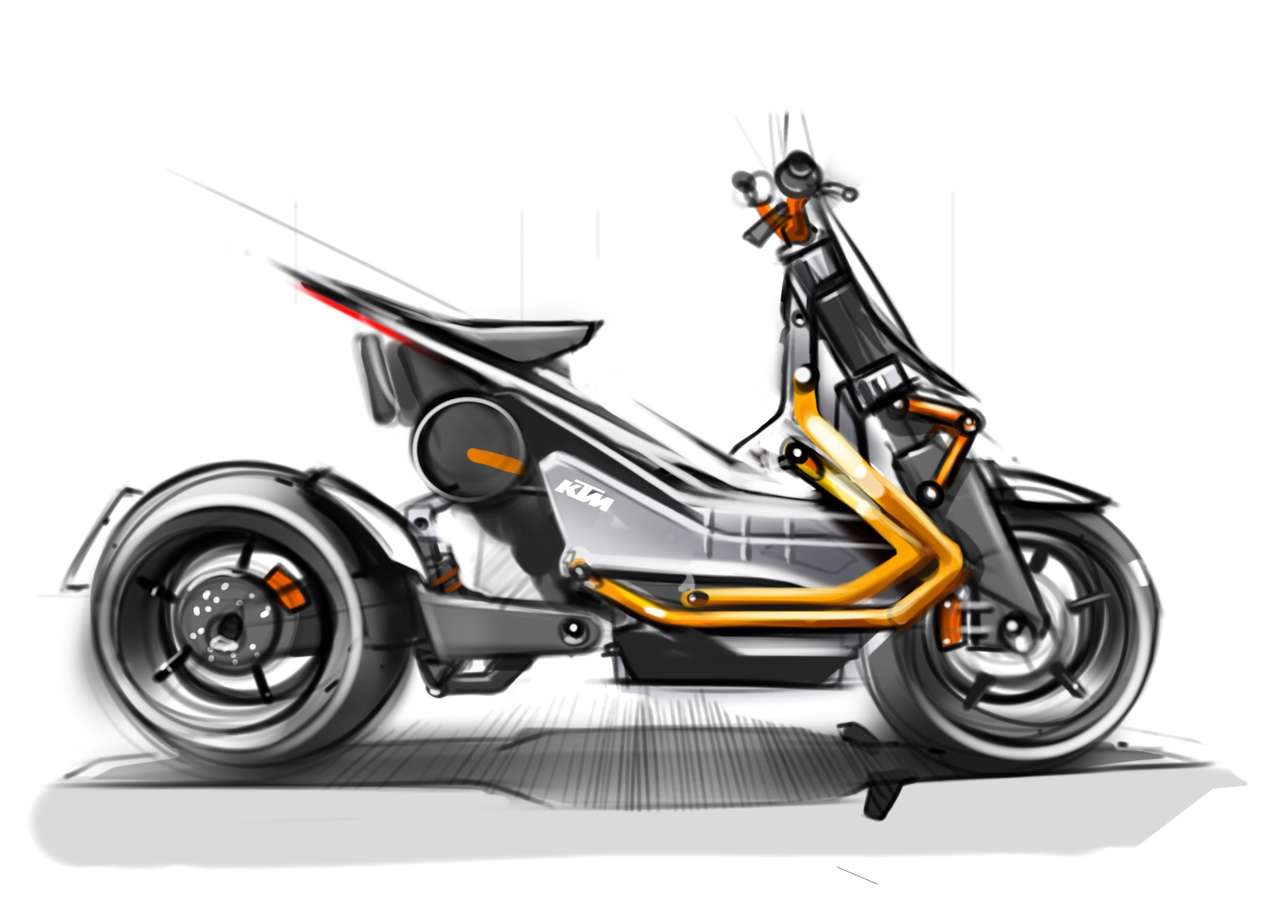 KTM has been developing a small electric powered scooter to be sold in the international market confirmed by the PIERER Mobility Group (formerly KTM Industries Group) on several occasions. But for the first time, the brand has revealed the latest iteration of the KTM eScooter which appears to heavily draw its design inspiration from the KTM E-Speed Project that was unveiled back in EICMA 2013.

The new design sketches are speculated to be the final renderings before the eScooter goes into production and if that is the case the design on the KTM electric scooter appears quite sharp and in-line with the brand’s design philosophy. It is also speculated that KTM will dub the future electric scooter the KTM E-Motion.

KTM and Bajaj have already announced their strategic partnership in the EV segment and the KTM-Bajaj eScooter has been confirmed to roll out in 2022. KTM is also likely to launch the eScooter in the Indian market and through the partnership, the Bajaj is also likely to export the Chetak electric in the international market, through KTM dealerships. By sharing the parts and powertrain KTM will benefit from the streamlined process and will be able to align the eScooter at a competitive price.

As of now, it is difficult to speculate the price on the KTM eScooter but to put things into perspective, the Bajaj Chetak electric which is likely to share the powertrain is priced starting at INR 1 lakh ex-showroom (USD 1,350).