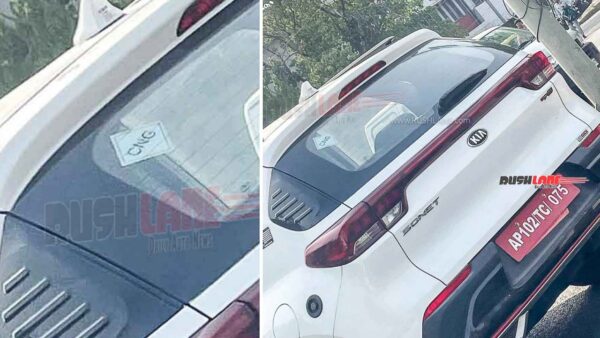 Kia India is testing the CNG variant of the Sonet compact SUV. The CNG-equipped Sonet will be the company’s first-ever CNG car. Earlier, CNG used to be available with only a limited number of vehicles from the entry-level segment. Cars such as the WagonR, Santro, Alto, etc. However, increasing petrol costs and stricter emission norms are making automobile manufacturers introduce new CNG cars in today’s times.

The country is not ready for a total shift to EVs, owing to their pricier sticker prices and the range anxiety. CNG cars have lower running costs than their petrol counterparts and, along with hybrids, serve as the middle-ground between petrol-powered and all-electric vehicles. Customers also prefer a factory-fitted CNG kit as it gets backed by the company’s warranty.

The Kia Sonet CNG test mule was spotted near the company plant. Things to note from the spy shots are the CNG sticker on the rear windshield, the filler valve and a badge on the C-pillar. In addition to this, the CNG filler valve is also visible next to the petrol filling cap. Hence, all the above things confirm that it is the CNG variant of the sub-4m compact SUV.

The other notable things include the GT Line and T-GDI badges if observed closely. The badges indicate that the CNG model will be available in the top-end trim and the turbo-petrol engine. Kia will most likely not use the CNG setup with the SmartStream 1.2-litre petrol. The 1.0-litre 3-cylinder turbocharged petrol engine makes 120 PS and 172 Nm of torque. The figures for the CNG variant will be lower than the petrol one. We will have to see what transmission option the Korean manufacturer will use for the Sonet CNG. The currently available options for the 1.0-litre T-GDI engine are a 6-speed intelligent-Manual-Transmission or a 7-speed Dual Clutch Transmission.

The CNG variant of the Sonet will have a premium over the petrol variants. It is not confirmed but expect a price hike in the range of INR 70,000 to INR 90,000 model-to-model. The model seen in the spy shots, the GT line, will cost around INR 13 lakh ex-showroom. This ex-showroom price will be just shy of the Kia Sonet T-GDI with DCT’s price. 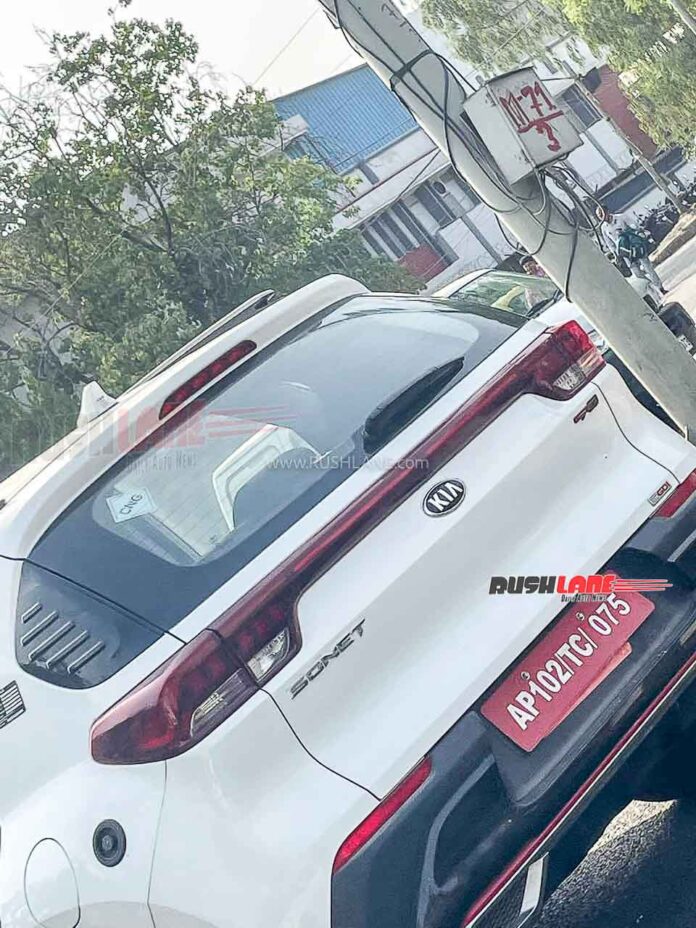