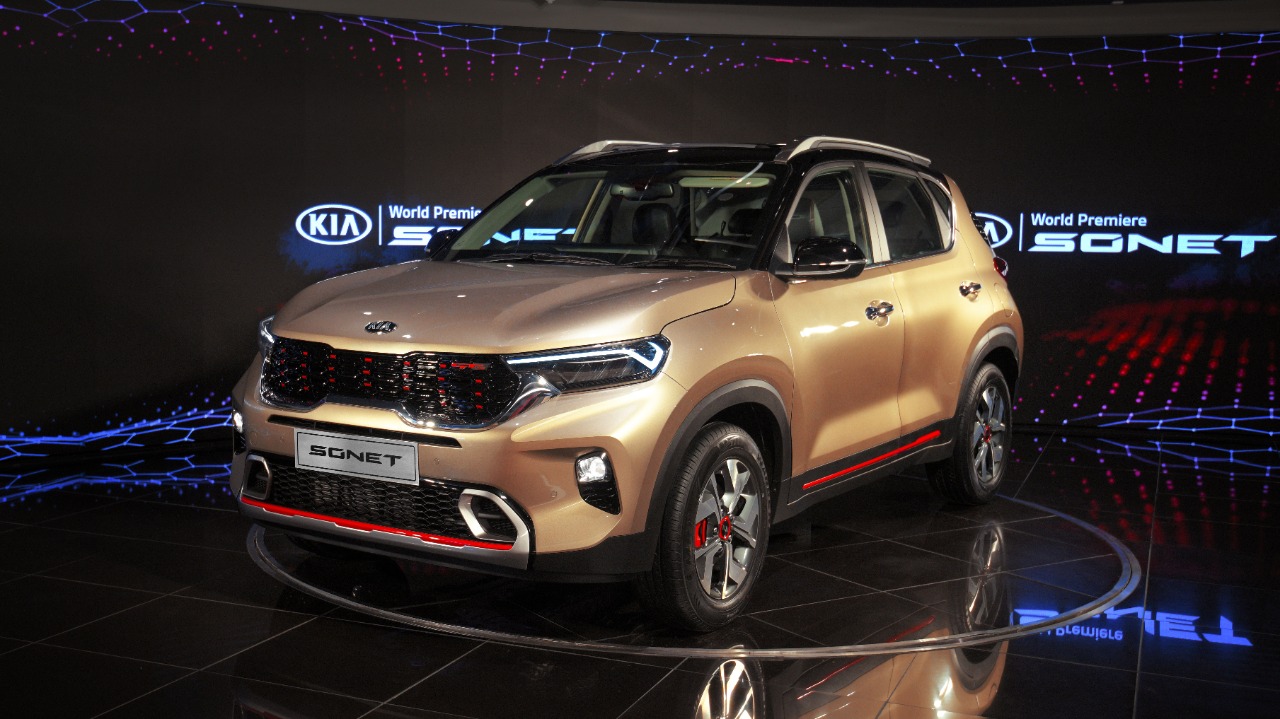 The Kia Sonet has made its world debut but the brand did not reveal its technical specifications which are due to be released closer to the compact SUVs launch. The Kia Sonet is the South Korean carmaker’s third product offering in the Indian market and comes with several segment-defining features and a new crisp design.

But, technical specifications of the Kia Sonet have emerged on the internet in the form of leaked documents that appear to show the compact SUVs exterior dimensions, the details on its powertrain as well as the paint options the Kia Sonet will be made available with.

In terms of powertrain options, the brand has already officially revealed that the Kia Sonet will come with 1.2-litre naturally-aspirated petrol, 1.0-litre turbo-petrol and a 1.5-litre turbo-diesel engine, confirmed at the SUVs world debut but no power or torque figures were revealed, but according to the leaked documents.

The leaked documents also reveal the paint finishes that are likely to be offered on the Kia Sonet when the compact SUV is launched. The Kia Sonet is expected to be offered with – White, Silver, Red, Grey, White Pearl, Black Pearl, Blue and Gold. 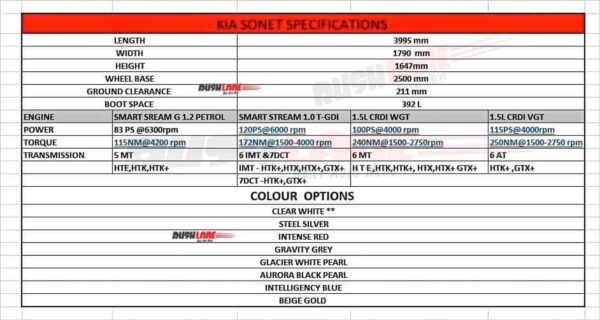