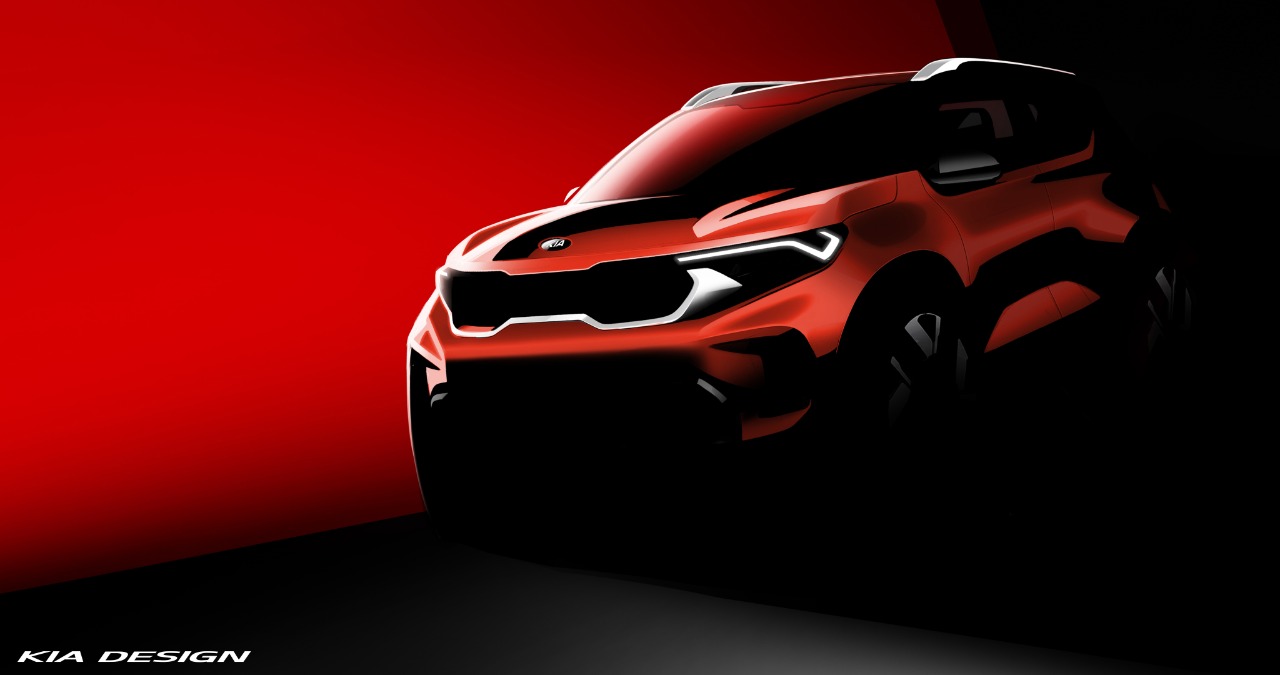 The 3rd product from Kia Motors India is all set to make a debut. The brand has officially revealed the rendering image of their Sonet compact-SUV which will soon reach showrooms and rival the likes of Hyundai Venue, Tata Nexon, Ford EcoSport, Maruti Suzuki Vitara Brezza and Mahindra XUX300. Kia is going to target younger buyers with the Sonet who are looking for a new modern design with all the latest features while also delivering a spirited driving experience. Just like they did with the Seltos and Carnival in their respective segments, Kia plans to set new benchmarks with the Sonet in the sub-4 metre SUV segment. The Kia Sonet is the brands 2nd ‘Made-in-India’ vehicle after the Seltos; and the Sonet will also be exported from India to other key markets. The official launch is slated during the festive season of 2020.

First revealed at the 2020 Auto Expo in Delhi, the Kia Sonet caused an instant stir in the market thanks to its looks. The new teaser image which has been revealed shows us that the real deal is going to be very close to the concept model. As seen on the rendering, the Sonet will get a new blood red paint option, signature tiger nose front grille with chrome accents, full LED headlamps, LED DRLs, LED tail lamps with a connecting light strip, dual tone alloy wheels, flared wheel arches, skid plates, roof rails, bold crease lines, etc. With Kia’s brand slogan of ‘The Power To Surprise’, we expect quite a few segment best and segment first features on the Sonet.

Expect pricing to be in the range of INR 7 lakh to INR 11.5 lakh ex-showroom.