Kia could have silently rolled out a software update for its much-popular Seltos SUV in the Indian market. The new software update is said to make improvements in the drive logic of the 7-speed dual-clutch automatic transmission (DCT) that is offered on the Kia Seltos SUV in the Indian market. The software update will be performed free of charge as part of the service campaign service and the update is likely to be performed during regular check-ups or service at authorised Kia dealerships.

Under the service campaign, the fuel pump of the diesel-powered Kia Seltos will be inspected and torqued to specifications. The turbo-petrol variant with the 7-speed DCT gearbox will get a software update that is said to improve the acceleration in the first gear. Recently, Kia also launched a service campaign for the diesel Seltos, according to which certain Seltos with diesel powertrains manufactured between 1st October 2019 and 13th March 2020 could be affected by the faulty fuel pump.

The vehicles with the faulty fuel pumps may not start, could have a very low pick up or may have vibrations. As a remedy, Kia will inspect and replace the fuel sender if it is found faulty. The Fuel Sender is likely to be replaced at no extra cost to the customer. A leaked service bulletin also appears to have a VIN list for the affected Kia Seltos SUV.

The 7-speed DCT automatic gearbox is offered on the 1.4-litre turbocharged petrol-powered Kia Seltos which produces 140 PS of power and 242 Nm of torque and is also available with a 6-speed manual gearbox. The diesel-powered Kia Seltos is available with a 1.5-litre U2 CRDi diesel engine option that makes 115 PS of power and 250 Nm of torque coupled to a 6-speed manual or a torque converter type 6-speed automatic transmission.

In other news, Kia recorded a sales of 21,022 units in November 2020, out of which the Kia Sonet in India registered sales of 11,417 units, leading the compact SUV segment. 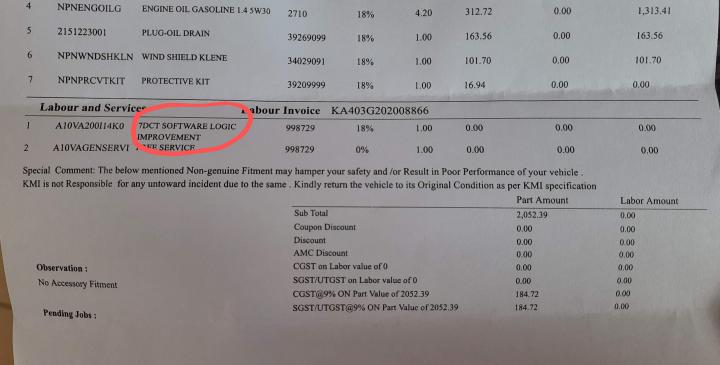