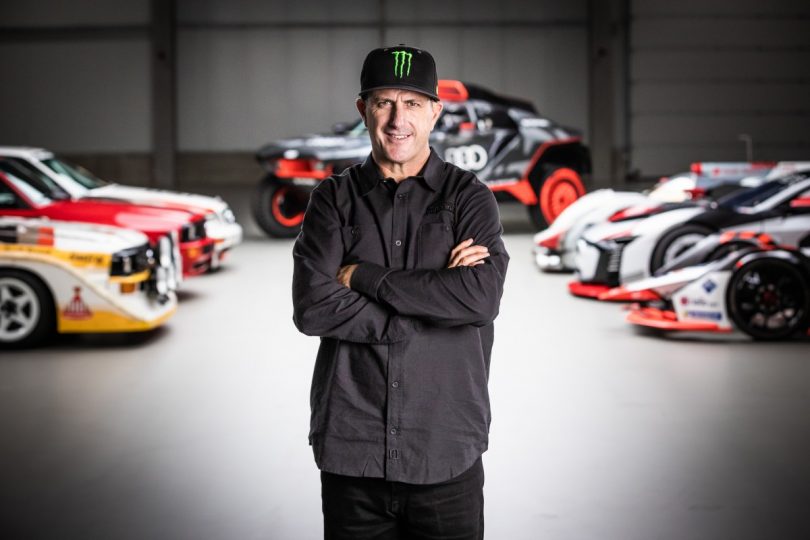 Audi has revealed that the brand is working with Professional Rally Driver Ken Block. Ken Block has been a Rally and Rallycross driver since 2005 and now, at the age of 53, drives high-performance vehicles to the limit. Ken is famous for his videos of driving cars at iconic locations worldwide. Together the four-ring brand and Ken Block will make developments into the booming electric mobility field. With Ken Block on board, Audi will test its innovative technology to the boundaries.

The Audi quattro revolutionised the World Rally Championship with four-wheel-drive “quattro” technology. Ken Block recalls that he was a teenager at the time, and “Audi is the brand that ignited my passion for motorsport.” The Audi Sport quattro S1 also claimed up the Pikes Peak in the USA in record time. These were the vehicles Ken always dreamed of before becoming a rally driver himself. During his first visit to Audi, Ken Block also got the chance to drive his dream machines. This included the Audi Sport quattro S1, the Audi V8 quattro from the DTM and the futuristic Audi e-tron Vision Gran Turismo. Ken Block also got the opportunity to test the “Audi RS e-tron GT”.

While the rally driver is considered a petrol head, Ken has recently tested various racing electric cars. Ken Block also recorded the third-fastest time in the final stage of the 2020 Dakar Rally with an electric prototype. The American also won the inaugural race of the “Projekt-E” rallycross series in Sweden in 2020.

Recently Audi commenced testing on the Audi RS q-tron for the 2022 Dakar rally. The RS q-tron is not just a simple electric rally car but a hybrid that features a highly efficient TFSI engine from the DTM. The RS q-tron also comes with a motor-generator unit (MGU) from the current Audi e-tron FE07 Formula E car. The q-tron uses a battery that weighs about 370 kilograms and has a capacity of around 50 kWh. The power unit is capable of producing 500 kW of energy and comes with both front and rear electric drive axles. 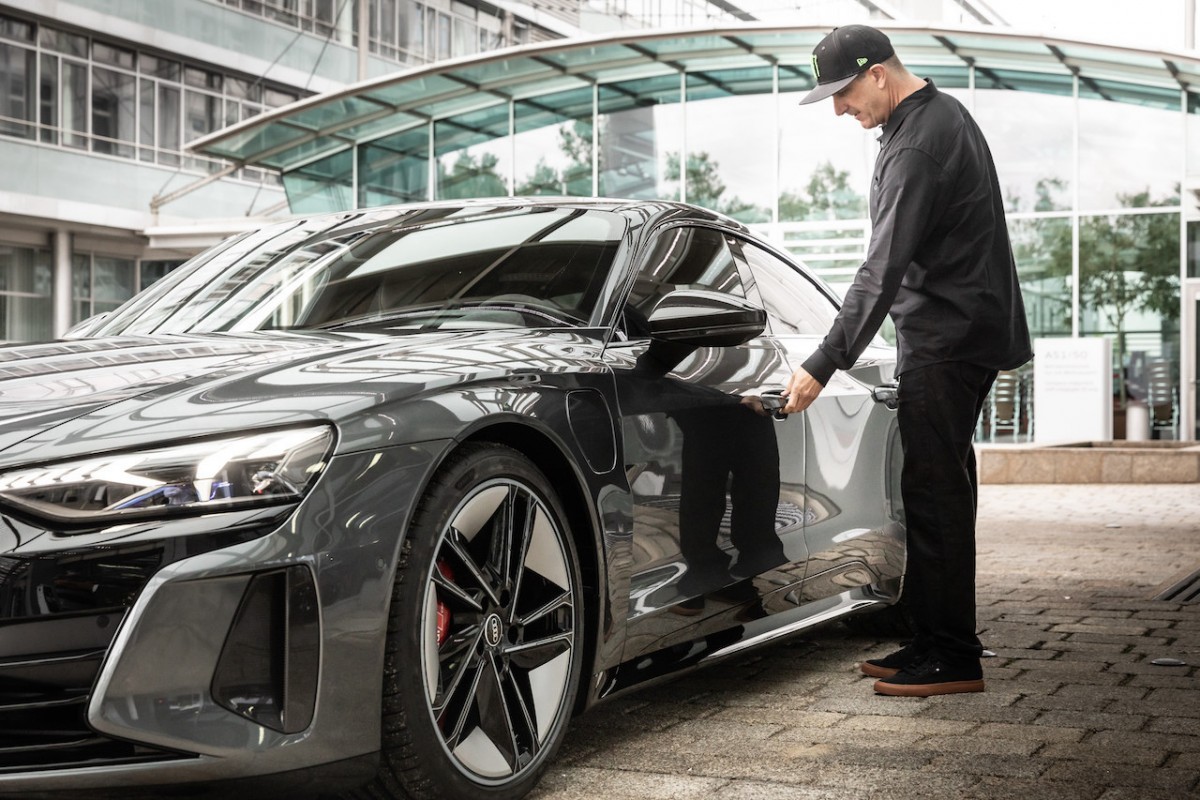 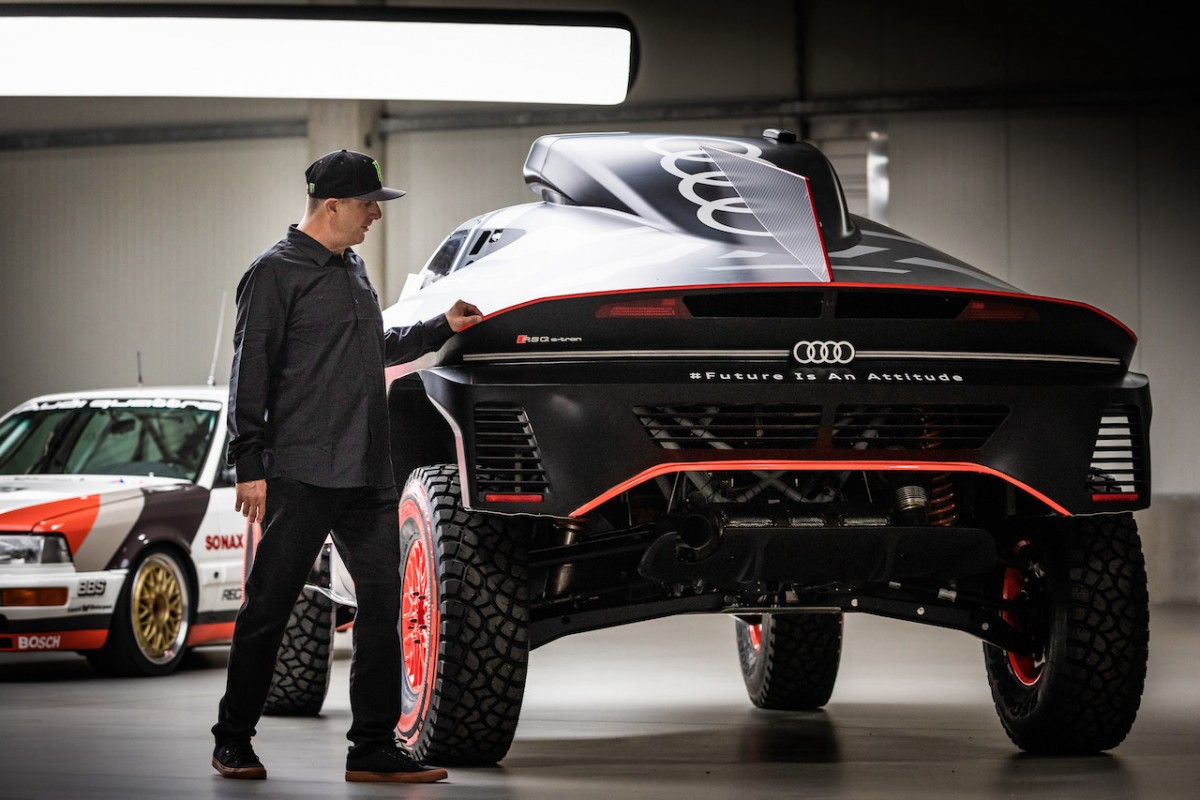 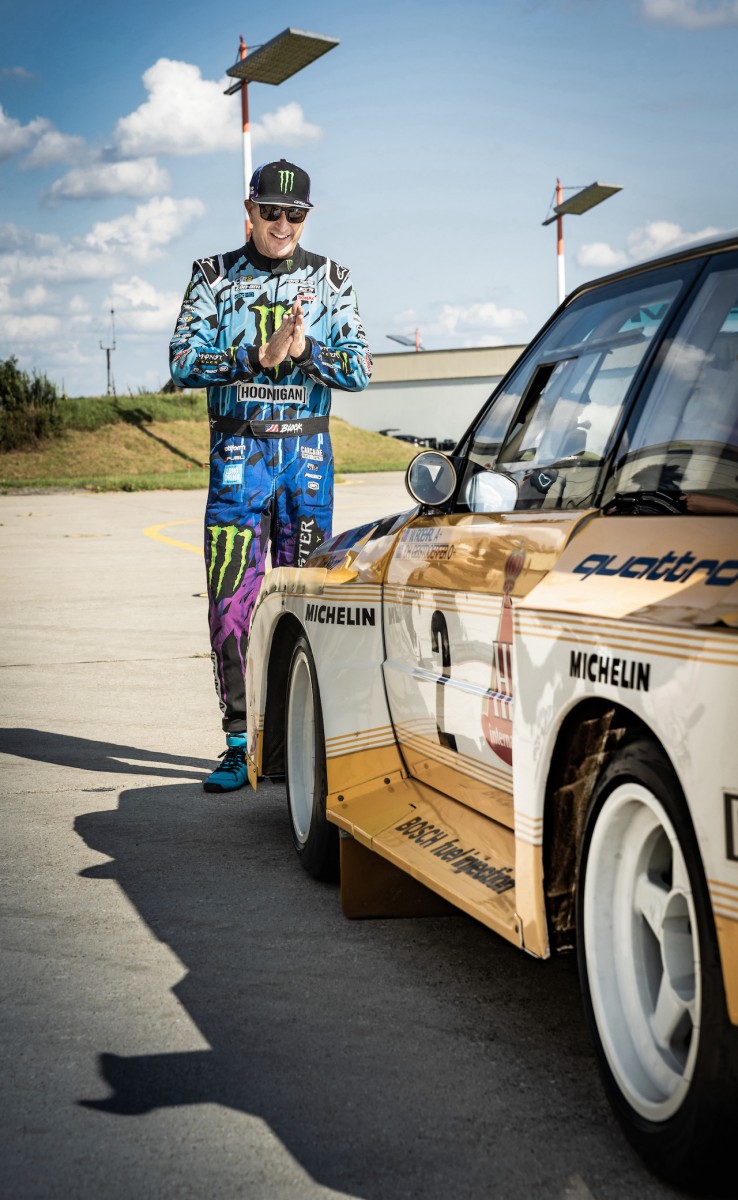 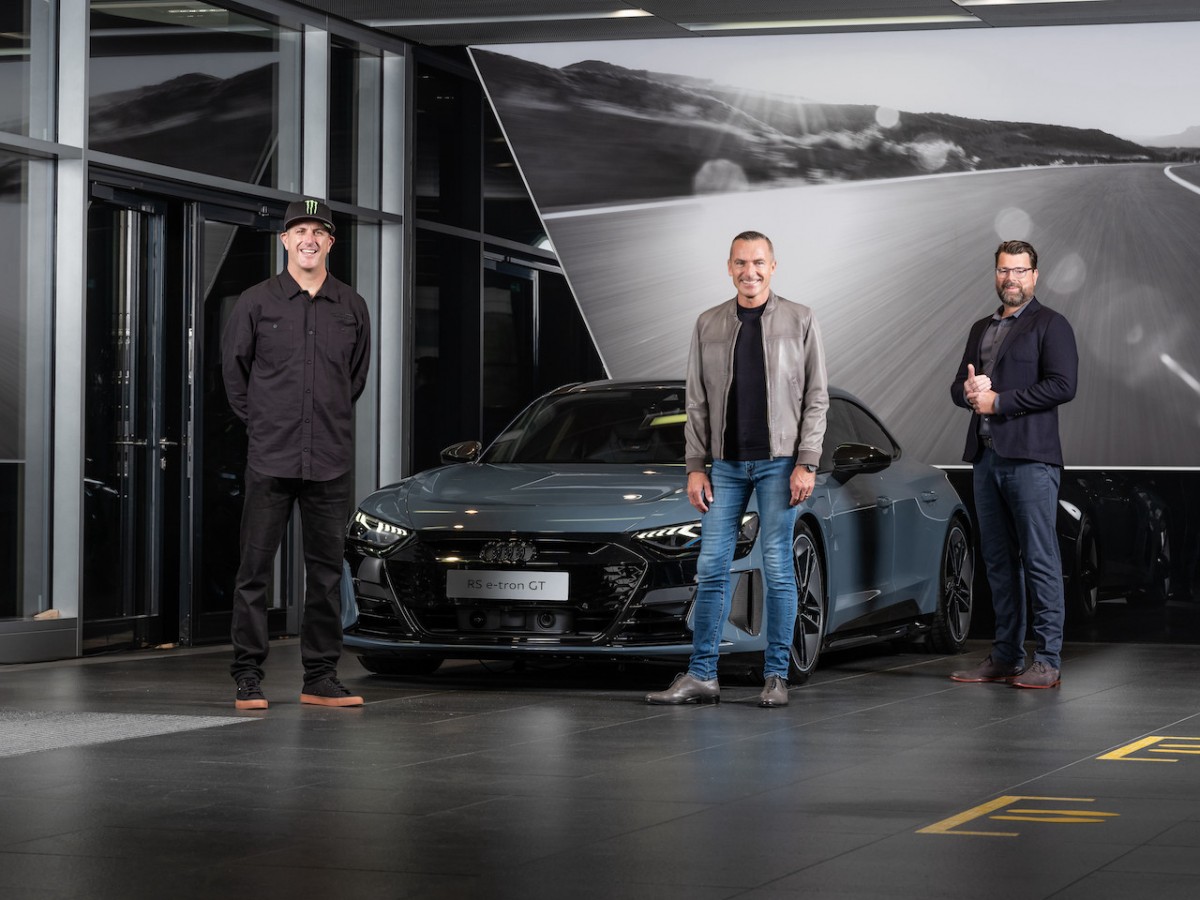 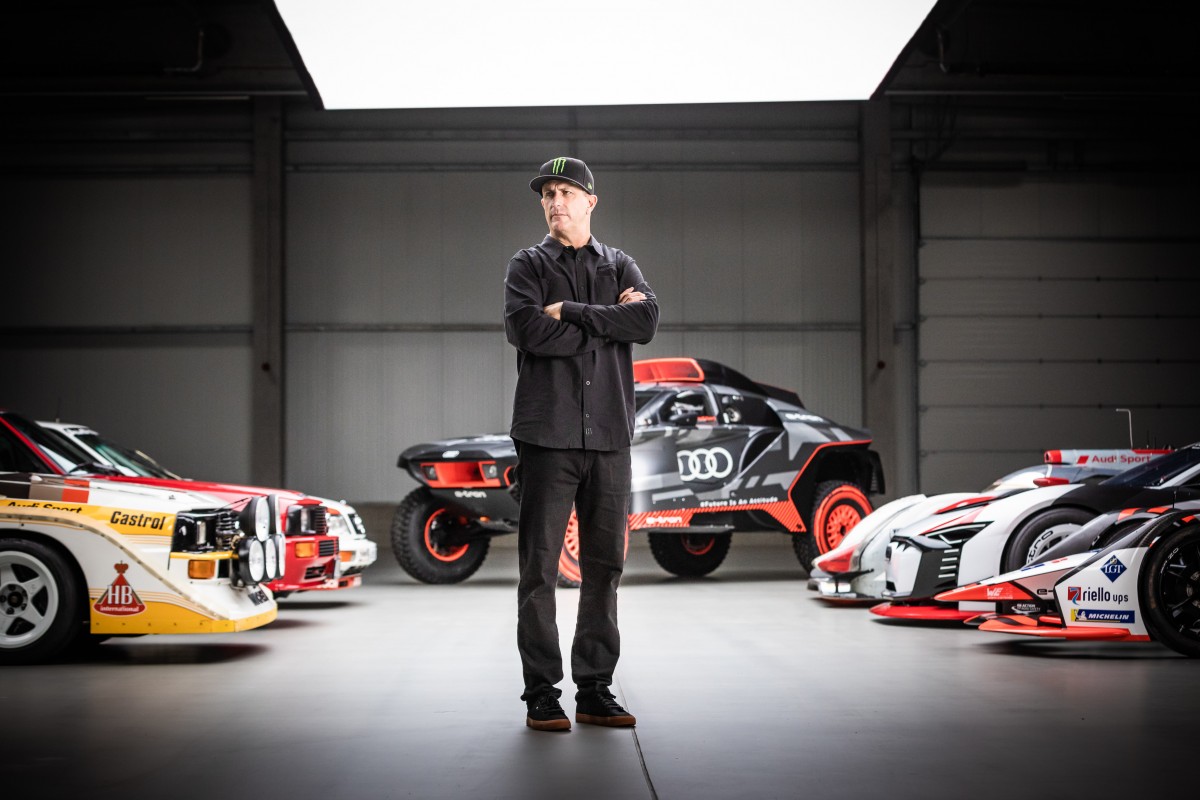