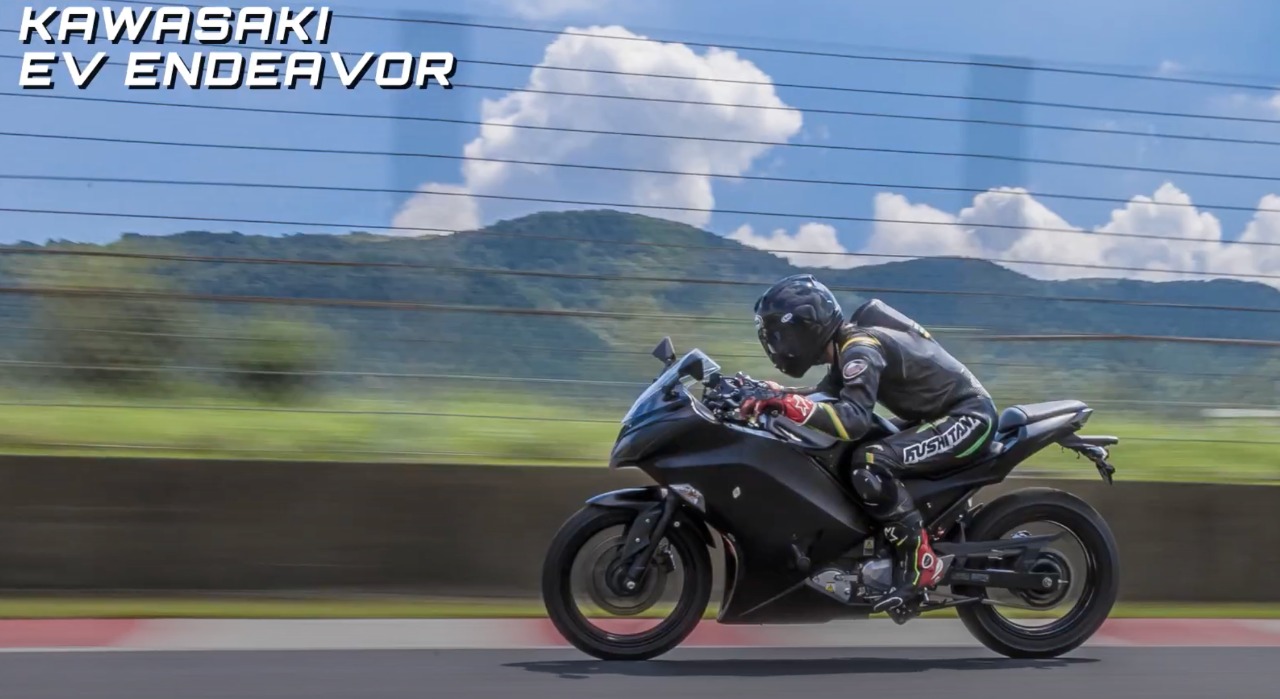 While some purists might not appreciate it, the world of automobiles is moving towards electric motors. And fast. Kawasaki has taken to the internet to keep us updated about their electric motorcycle project. While specifications are not revealed, the brand has been releasing teaser videos which reveal that the Japanese motorcycle might be developing their first battery-operated motorcycle based on the Ninja 300. Wishful thinking, we would love for the motorcycle to ride at least 150 – 200 km on a full charge, to meet the bikers riding needs.

The videos below do have some updates in store. First, a welcome change to the world of EVs on two-wheels would be a manual gearbox. Kawasaki has shown that there will be a conventional gearbox thanks to which the rider will get better control of this electric motorcycle, and that it could be a 4-speed unit. The usual gear console position would also make riders feel at home instantly. Kawasaki also reveals that the bike is being developed on a race track, so that the agility is maintained and the Kawasaki DNA remains intact. We’re sure that since there would be no fuel making the bike feel top heavy, the centre of gravity would be much lower than the standard Ninja 300. Kawasaki has built many of these electric bike prototypes (at least the motor & gearbox units) for testing purpose. This motorcycle will deliver full torque from 0 kmph (standstill) resulting in maximum acceleration and exiting initial starts. Of course, there is no exhaust mounted on this bike, but you can hear the battery whine on full whack.

Expect Kawasaki to showcase a production-ready model closer to the end of 2020. The Covid-19 pandemic might have surely affected the development process, but the prototypes in action surely look promising.

The standard Kawasaki Ninja 300 on sale in India is powered by a 296cc, liquid-cooled, parallel-twin, 4-stroke motor producing 39 PS of power and 27 Nm of torque matched to a 6-speed gearbox with a slipper-assist clutch and dual-channel ABS for safety. The bike is considered as a gold standard as an entry level sports tourer. But an electric bike based on a Ninja 300 would be an interesting product to watch out for…