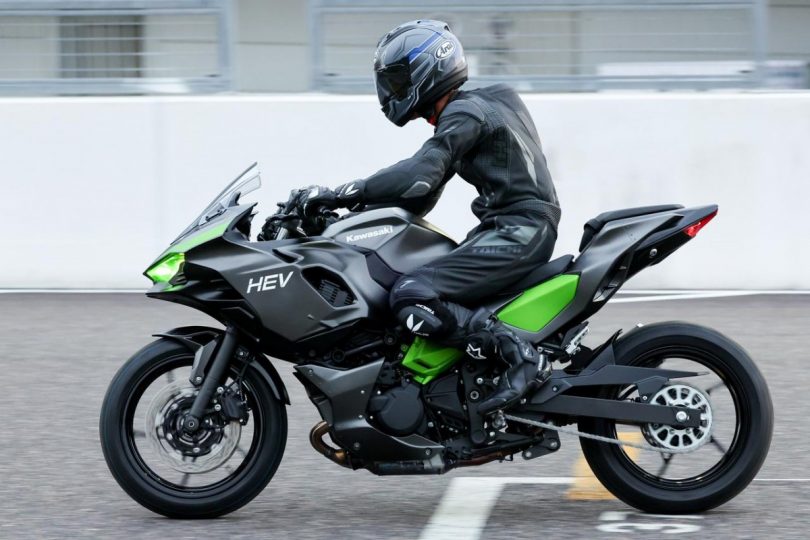 At the Suzuka 8 Hours Endurance race, the Z EV prototype was not the only bike Kawasaki revealed. The Japanese brand also revealed the Ninja Hybrid sports bike. Kawasaki also unveiled a hybrid prototype last year. However, it was far from complete and had no panels and a bare frame. We’ve already taken a look at the Z EV prototype; in this post, we’ll take a look at the Ninja Hybrid prototype.

While hybrid technology is popular in the 4-wheeler industry, few have attempted to make it work on a motorcycle. It is relatively easier to accommodate a battery pack along with an ICE motor in a 4-wheeler. However, it is not the same when it comes to motorcycles. Motorcycles tend to have a much tighter packaging. Thus, adding a battery pack in there is not an easy task.

To accommodate a battery pack, the bike needs to be physically bigger, or the ICE engine needs to be smaller. Another issue is the increased weight. Motorcycles are also way more frugal compared to 4-wheelers. Thus, the need for a hybrid motorcycle is argumentative.

As per the images, powering the Ninja HEV will be a parallel-twin liquid-cooled motor. The bike visually looks somewhere in between a Ninja 400 and Ninja 650 with hints of the H2’s ‘Sugomi’ design language. The bike has a broad front apron which suggests that is where Kawasaki placed the battery pack. On the sides, we see a much longer swingarm, which also increases the wheelbase. Adding the battery pack in the front could result in a front-heavy feeling, and the increased wheelbase could negate this. Finer details that are visible such as mirror plates and lock for the under-seat compartment, also suggest the prototype could be very close to production spec.

A Japanese publication also recorded a short video of both the Kawasaki prototypes accelerating. While the Z EV accelerated with a typical electric whine, the HEV switches from electric whine to ICE-rumble when accelerated. 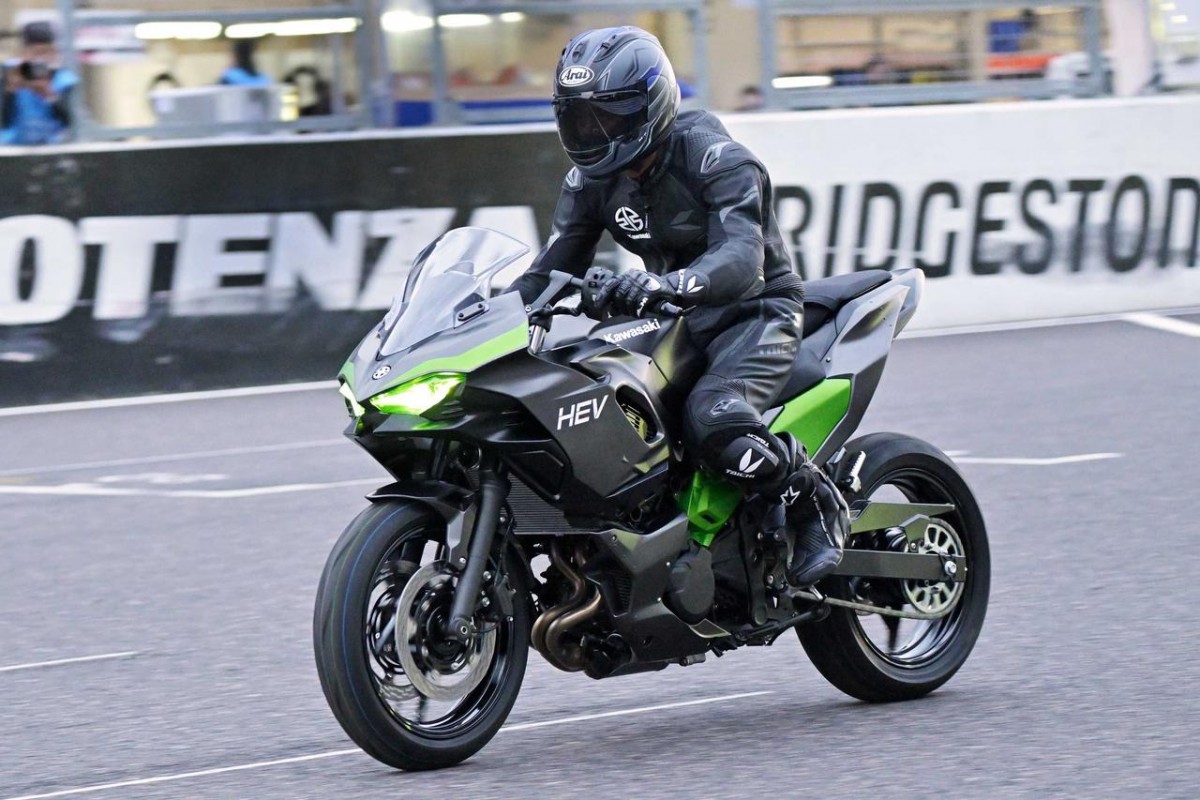 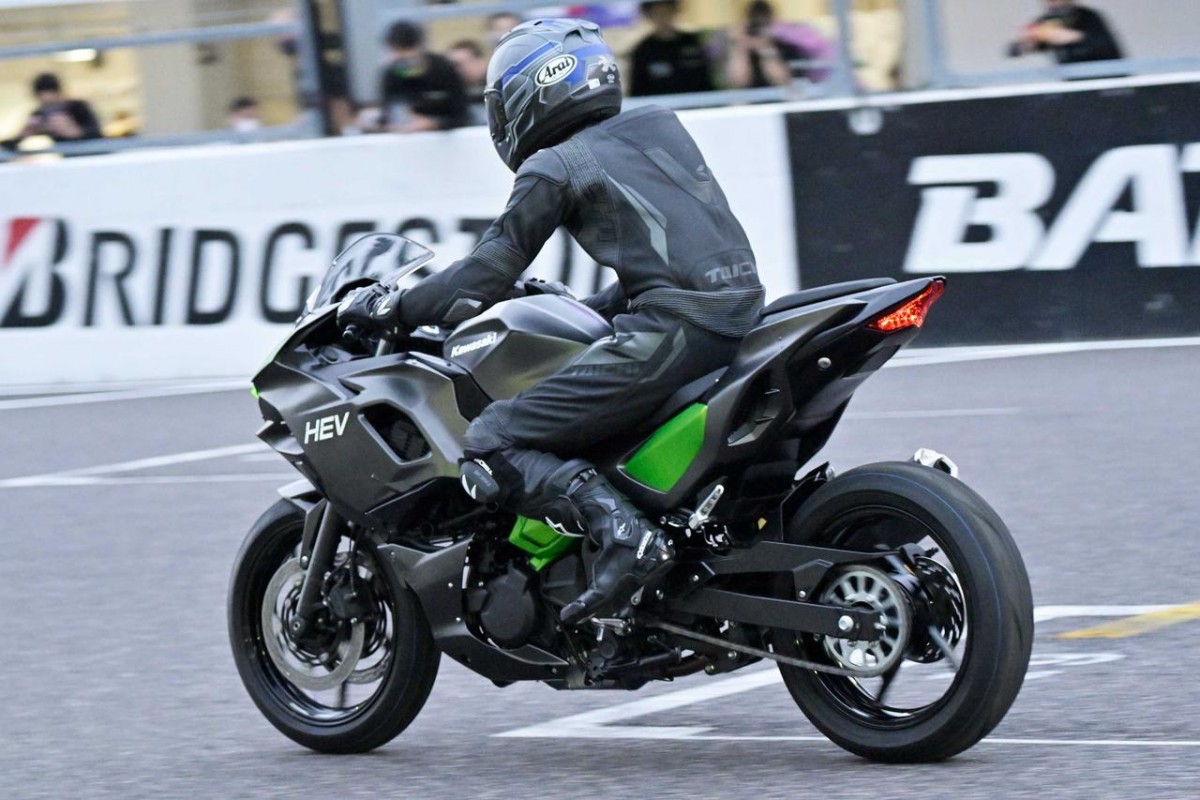