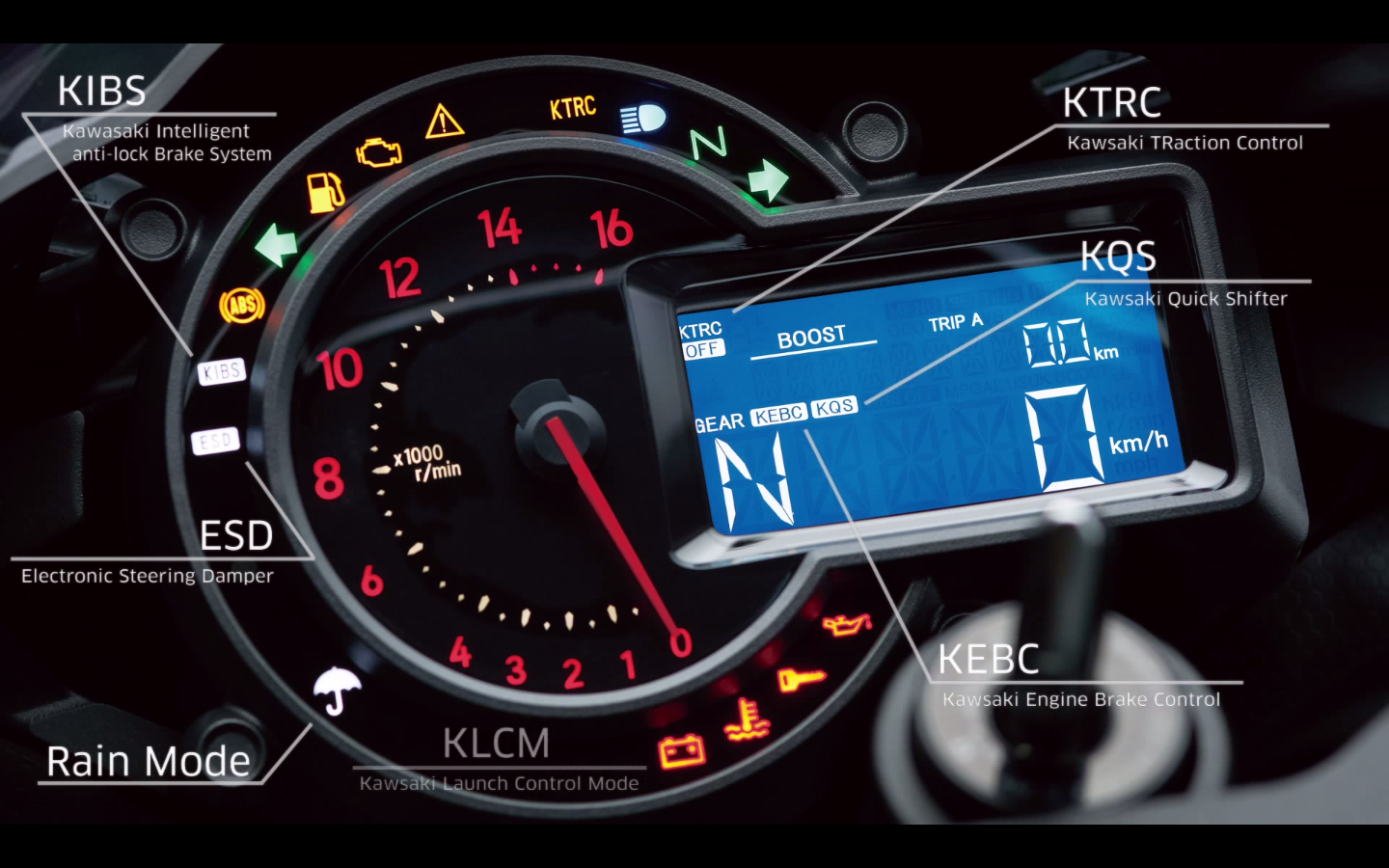 Kawasaki has released another teaser video of their new flagship motorcycle, the Ninja H2.

The bike will be officially unveiled at the EICMA on 4th November, and the video released this time reveals the host of electronic safety aids the supercharged sportsbike from the Japanese giant is loaded with.