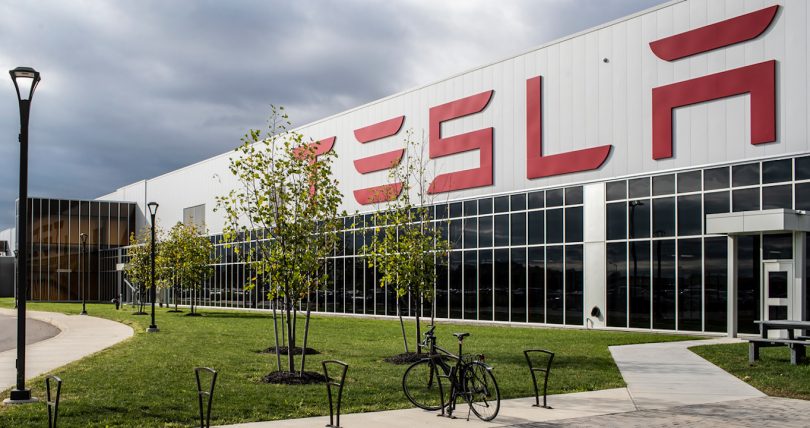 California-based American electric vehicle and clean energy company Tesla Inc. has been in recent news not for the cutting edge technology that the brand offers, but for its entry into the Indian market. Earlier, Tesla Founder & CEO Elon Musk replied to a Tweet on the social media platform, with a comment saying – ‘Next year for sure’ on a post which had a ‘Tesla for India’ printed on a T-Shirt. Now a media report suggests that the electric mobility solutions brand has been approached by the Govt. of Karnataka and pitched to set-up a Tesla Gigafactory near Bengaluru, where the brand will be able to manufacture batteries and electric cars.

According to the source, Tesla has already had preliminary stage talks with the Govt. of Karnataka to set up a research and innovation unit in the city. The source also reveals that the principal secretary of Karnataka’s commerce and industries department, offered the American brand all the support required to set up the research and development centre as well as the electric vehicle (EV) manufacturing unit in the southern state.

Bengaluru is home to many electric vehicle companies such as Ola Mobility, Ather Energy, Mahindra Electric as well as units of Daimler and Bosch. The city also has a favourable electric ecosystem that Tesla can leverage in the initial years of business. This is not the first time Elon Musk has shown interest in the Indian market and in the recent past, the Founder of Tesla Inc. was seen replying to a tweet which enquired about the launch timeline for the Tesla 3 in India to which Elon Musk replied with “Sorry, should hopefully be soon!”

The Government of India has also become focussed on increasing the use and manufacturing of electric vehicles. The Govt. also plans to improve the electric ecosystem across the country to encourage more manufacturers to enter the electric mobility space, this could definitely favour the brand’s entry in the Indian market.