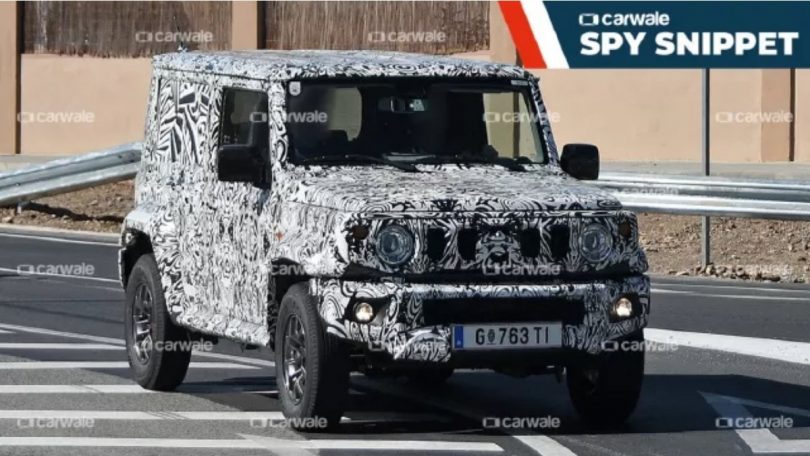 Maruti Suzuki has begun production of the Suzuki Jimny at the Gurugram production line and in its first shipment, the brand exported 184 units of the three-door Jimny to Latin American countries such as Columbia and Peru via the Mundra port. But the brand has not yet revealed if it plans to bring the Jimny for Indian customers. The Jimny for the South American market is the same export specification model that Suzuki makes at the Kosai production facility in Shizuoka Prefecture, Japan.

According to a media report, Suzuki is testing the long-wheelbase version of the Jimny in Europe which may later come to India. Speculations are that in the LWB format the Jimny is slightly under the 4-metre mark but substantially longer than the standard variant. It is also important to note that the spied test mule has three-doors and it is not the five-door version that is likely to come to India. But if Suzuki is testing a long wheelbase Jimny it is possible that the brand might be able to add a couple of doors on the SUV which could then make it to the Indian market and compete with not just the three-door lifestyle SUV like the Mahindra Thar but also other sub-4-metre SUV in India.

In its standard avatar, the Suzuki Jimny measures 3,645 mm in length, 1,645 mm in width and 1,720 mm in height. The LWB is rumoured to be around the 4-metre mark making the LWB close to 250mm longer than the standard. In the design department, the LWB Jimny is likely to carry-forward all the design features including the rounded headlamps, it’s classic boxy styling, bumper-mounted taillamps etc from the standard. The camouflage test mule does not show any signs of changes in styling at least on the exteriors.

Powering the Jimny is a 1.5-litre four-cylinder petrol engine that produces 105 PS of power and 138 Nm of torque. The engine comes with a 5-speed manual gearbox and an optional 4-speed torque converter type automatic transmission. The Jimny also features ALLGRIP PRO part-time 4×4 drivetrain with a low-ratio transfer case. The oily parts and other mechanical bits are likely to carry forward on the long-wheelbase version. 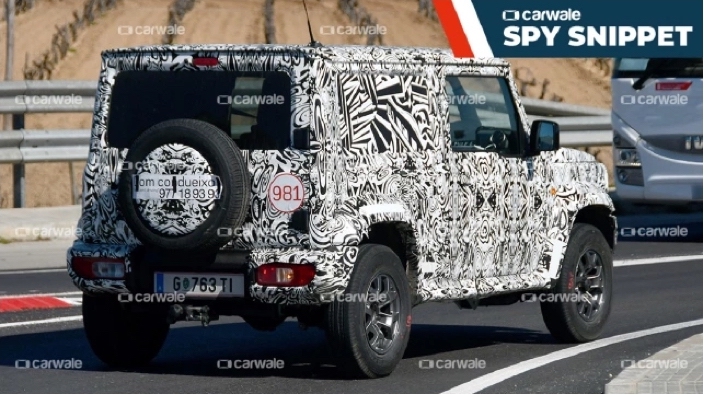