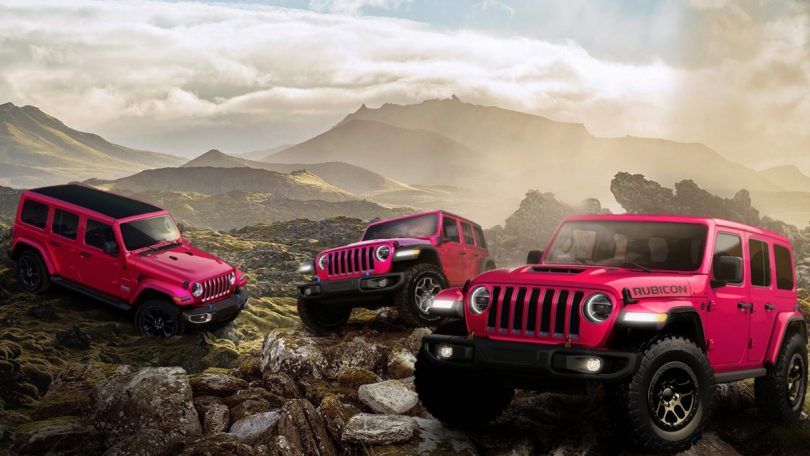 Jeep announces a striking new pink colour for Wrangler. Inspired by Happy Days character Carol ‘Pinky’ Tuscadero, this shade will definitely stand out in the crowd. Customers wanting to buy one must order as soon as possible. Jeep has confirmed that, this Tuscadero pink will only be available through November 2021. All the Wrangler variants, namely two- and four-door Sport, Sahara, Rubicon, 4xe, and 392 models, will wear this shade. Though, it will cost an additional USD 395. One caveat, the shade is not available with the Wrangler’s half-door. There’s no news if the other Jeep models will have the option of this paint shade.

Wrangler Is Not The First FCA/Stellantis To Wear Tuscadero Pink

Previously the 2010 Dodge Challenger was also seen in this exact same paint code. However, the name was Furious Fuchsia. Celebrating the 80th anniversary, the brand mentioned that this is the perfect time to launch this custom and iconic colour. The colour is a header-turner and will appeal to a lot of car enthusiasts.

In the mechanicals department, the 2021 Wrangler model gets two new powertrains. The plug-in hybrid 4xe and a 470 HP rated V8 motor in the Rubicon 392. The 4xe powertrain also has the capacity to deliver up to 25 miles of electric-only driving. The Rubicon is the most potent Wrangler, evident from its tyres, that stand at 33-inch wide. It also gets all the latest and best off-road equipment of the brand.

With the growing trend of electric vehicles in the market, Jeep will soon have its representative in this segment. The carmaker had confirmed earlier that its first EV would be launched in the first half of 2023. As of now, there’s no confirmation which Jeep Model will be electrified first. But, the chances are high that the Wrangler could be the one to take the lead. Other possible options include Compass, Renegade, and Commander, all of which are already available with plug-in hybrid powertrains. 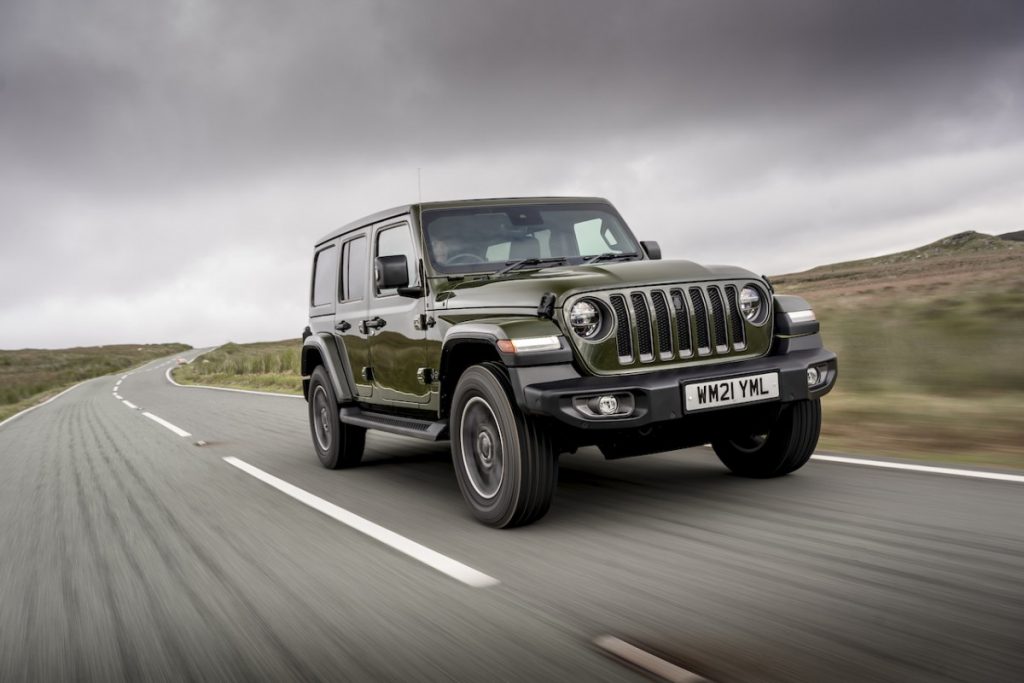