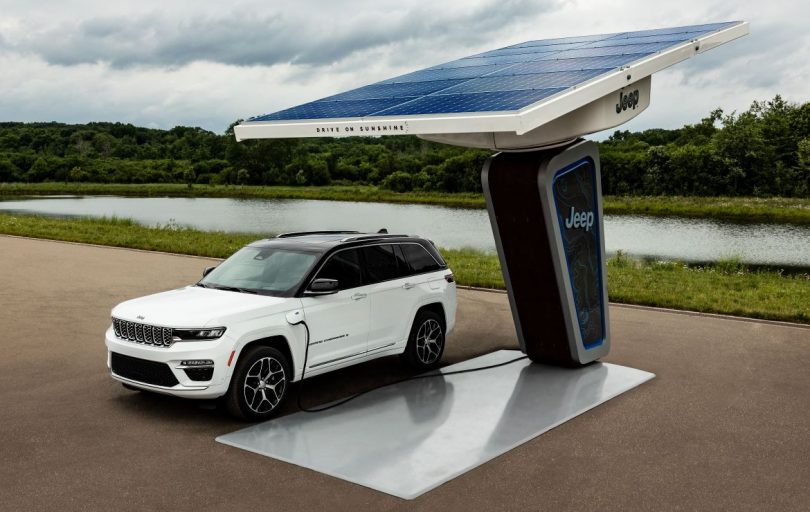 Jeep has not yet revealed the powertrain details of the Grand Cherokee 4xe. But speculation is that Jeep is likely to borrow the plug-in-hybrid motor from the Jeep Wrangler 4xe. Powering the Jeep Wrangler 4xe is a 2.0-litre turbocharged inline-four-cylinder engine. The internal combustion engine features a 400-volt, 17-kWh, 96-cell lithium-ion, nickel manganese cobalt battery pack. The engine produces 375 Hp of power and 637 Nm of torque and an 8-speed gearbox.

At the beginning of January 2021, Jeep introduced the Grand Cherokee in the long-wheelbase avatar. The SUV comes with a 3.6-litre Pentastar V6 petrol motor and a diesel engine that produces 290 Hp of powe5.7-litre HEMI V8 petrol making 357 HP of power 530 Nm of twisting force. The Grand Cherokee L is likely to be available in the 6-seater and 7-seater seating iterations. The same seating arrangement is likely to carry over in the Grand Cherokee 4xe plug-in hybrid. We also speculate that the Grand Cherokee will have the option to traverse on the electric-only power for approximately 35-40 km.