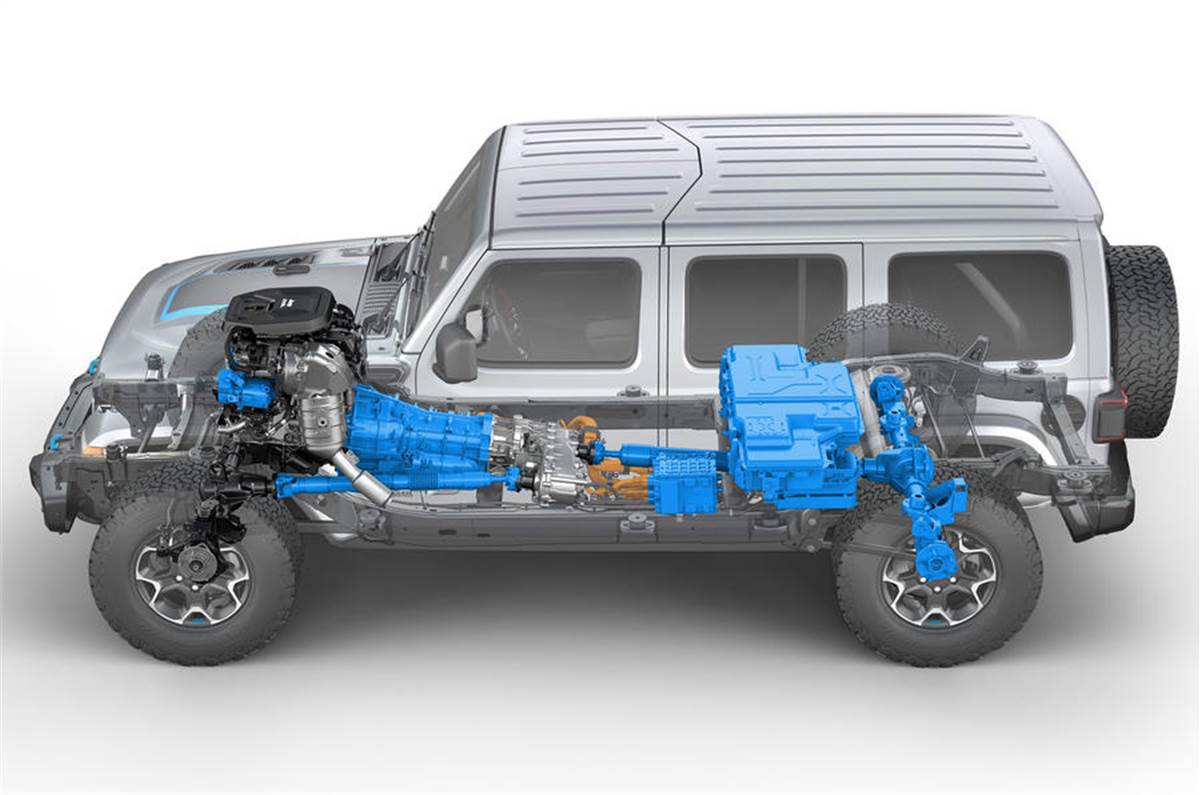 Jeep, a brand usually associated with hardcore off-roading plans to leverage its synergies with Groupe PSA and pitch itself as an environmentally friendly brand with high-performance capabilities instead of just becoming one of those brand’s that are going down the electrification road, just to meet emission regulations. A media report also reveals that Jeep wants to establish itself as the ‘Greenest SUV Brand’ in the world.

FCA the parent company of Jeep and Groupe PSA joined forces in a deal close to USD 50 billion and hence created the world’s fourth-largest automaker. But Jeep’s Head Honcho has not yet revealed to the press about any specifics, how Jeep will benefit from the FCA-PSA merger, but said that there was a lot of potential such as cost reduction by sharing platforms and powertrains as well as streamlining the manufacturing footprint.

The brand chief has also revealed that electrification will only benefit the Jeep models by enabling the additional torque capabilities and the ability to drive in silence. In fact, the new Jeep Wrangler 4xe (pronounced 4 by e) traversed across the challenging Rubicon Trail in the Sierra Nevada, California solely on electric power.

The recently announced Jeep Wrangler 4xe is powered by a 2.0-litre turbocharged inline-four-cylinder engine with an engine-mounted motor-generator unit along with a transmission-mounted motor-generator unit which is in turn powered by a 400-volt, 17-kWh, 96-cell lithium-ion, nickel manganese cobalt battery pack that helps generate a total output of 375 Hp of power and 637 Nm of torque matched to a ZF 8-speed automatic transmission.

The Wrangler 4xe is capable of travelling for 25 miles (40 km) in the electric-only propulsion mode which is nearly silent and emission-free. The 4xe also offers an exceptional fuel economy for a large off-road capable SUV and Jeep claims to return an estimated 50 miles per gallon equivalent (MPGe) (21 Kmpl).

The brand also recently revealed the new Jeep Renegade 4XE and the Jeep Compass 4XE in the European market with a 100% full-electric range of 50 km. 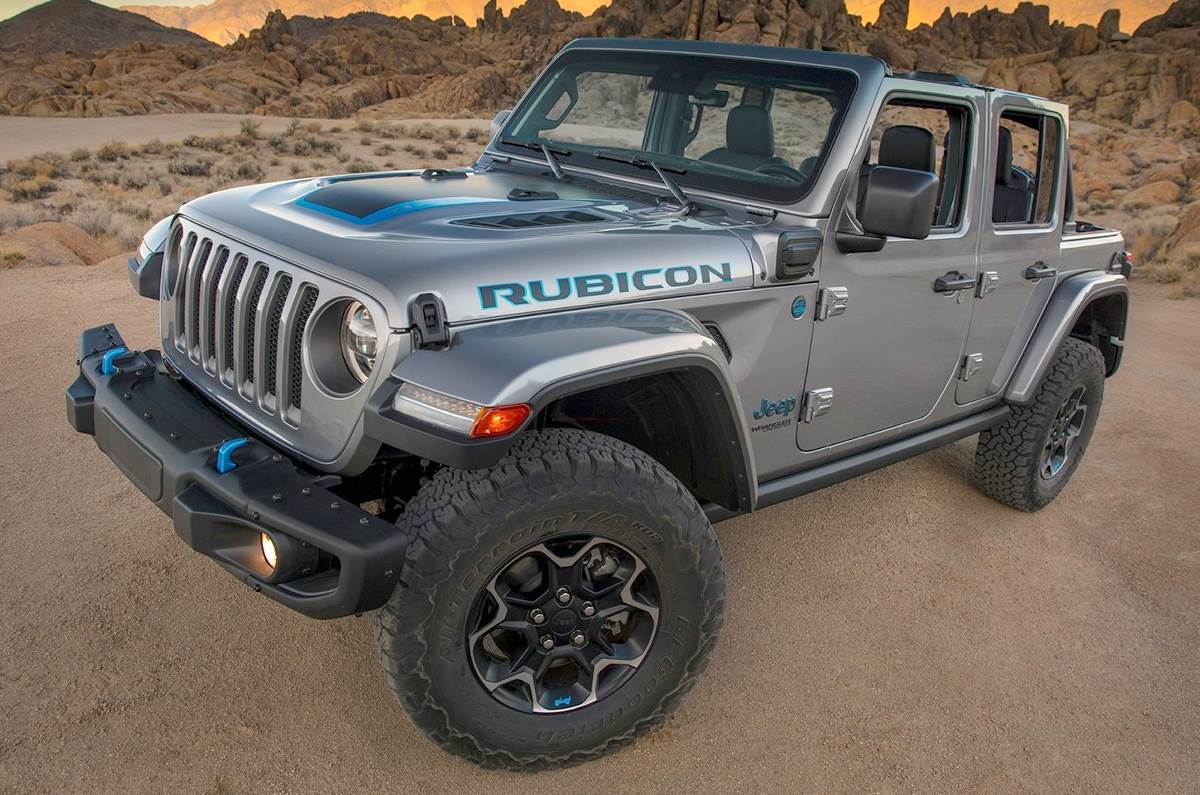 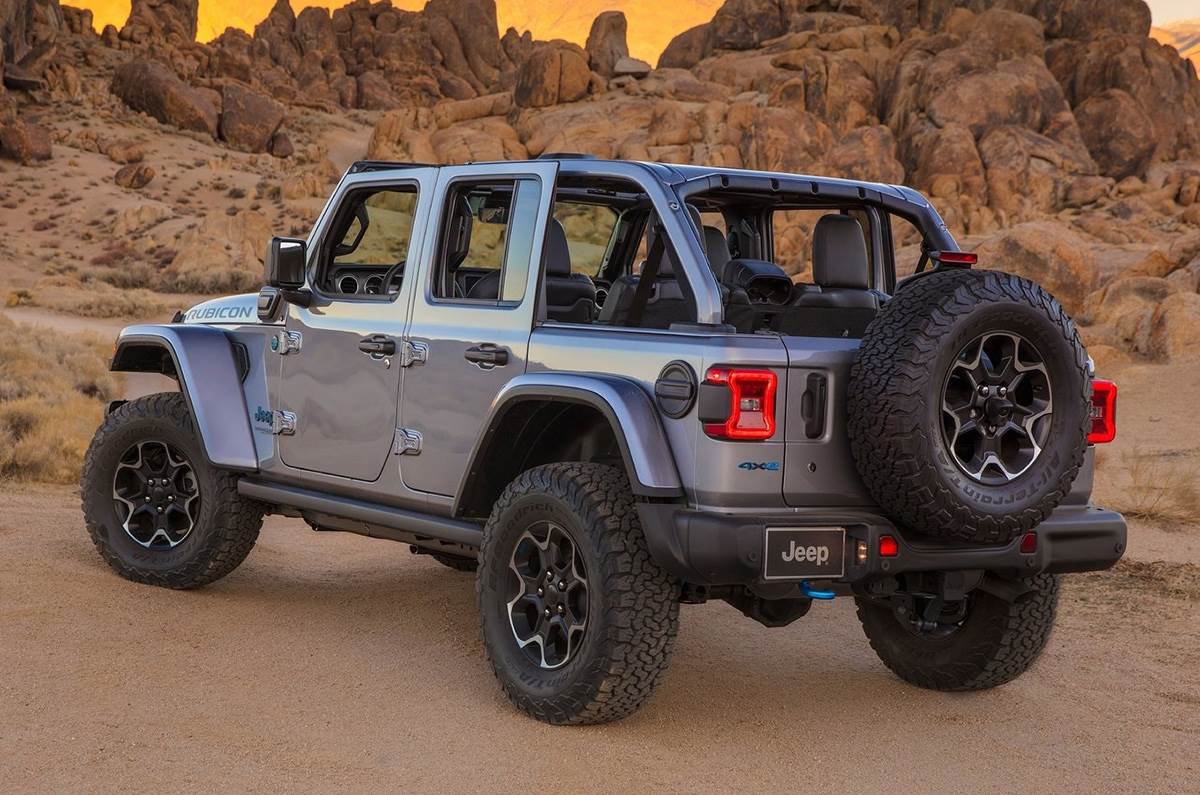 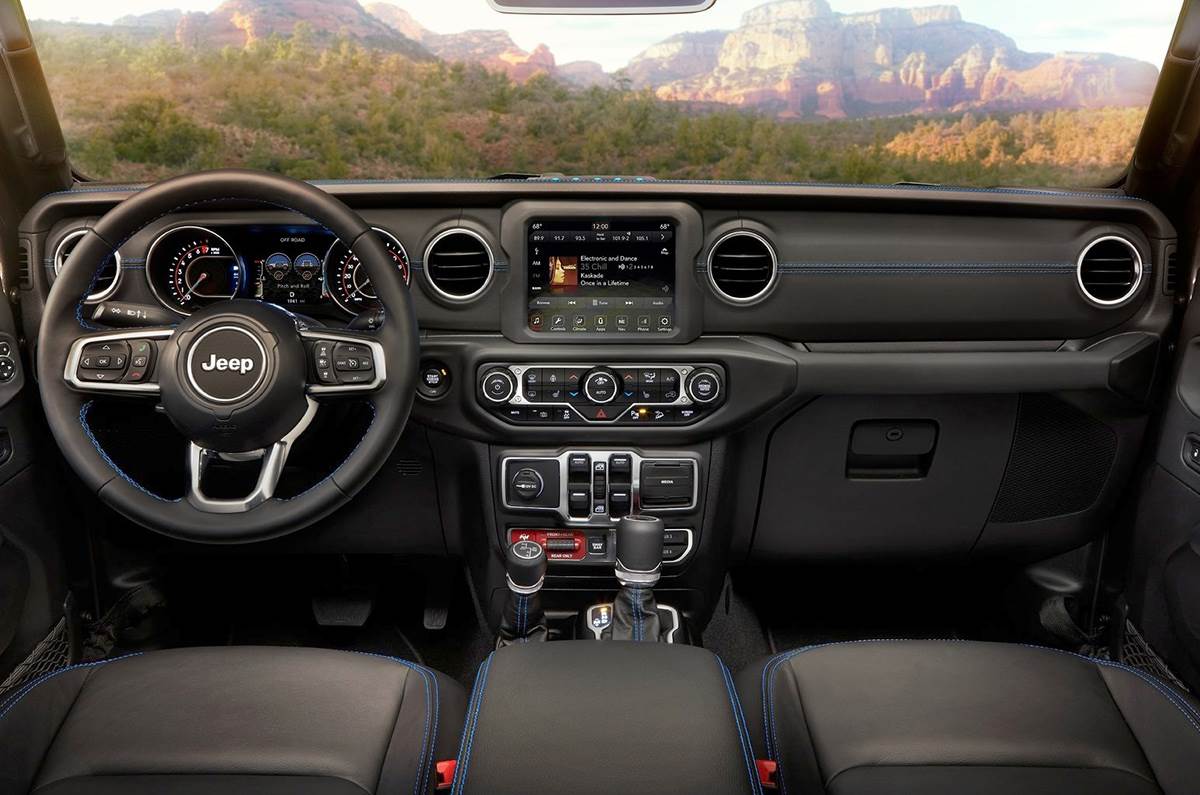