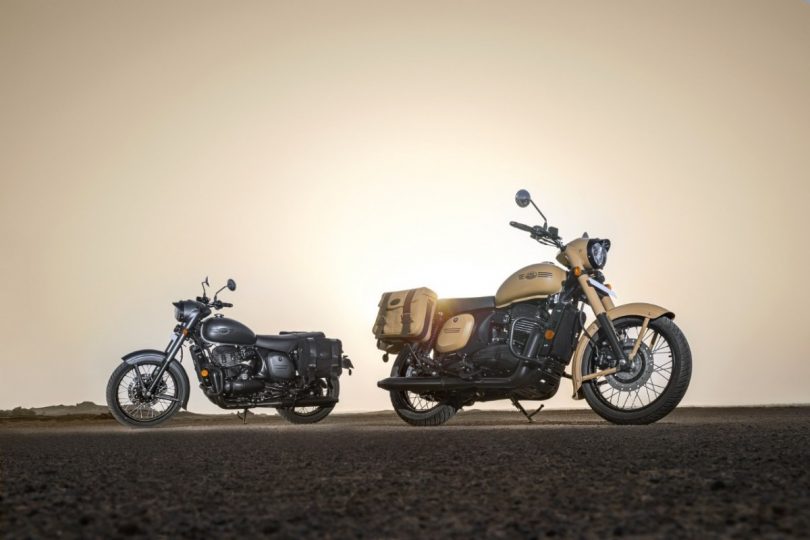 To commemorate the 50th anniversary of the 1971 War Victory, Classic Legends has introduced Jawa Khaki and Jawa Midnight Grey colour options in the Indian market. The Jawa Khaki and Midnight Grey come with the same Jawa Classic design but add to the motorcycle’s styling by offering a dark and outdoorsy colour. Even though the engine remains the same, the brand has added new details and finish to the exterior. Jawa also claims to have made the throttle response crispier by tweaking the fuel injection system.

The Jawa Khaki and the Midnight Grey come with a price tag of INR 1,93,357 ex-showroom, Delhi. The special edition bikes come with an all-black theme that sets the undertone for the dark and sophisticated colour scheme. Both the Khaki and Midnight Grey colour options come in a matte finish and feature the 1971 War Victory insignia on the fuel tank flanked by tri-colour stripes. The motorcycles also come with black spoke rims to go with the overall theme.

The Jawa Khaki signifies the “spirit of selfless service to the nation by the men in uniform.” While the Midnight Grey purports the Battle of Longewala, which was fought in Rajasthan, the western frontier. The Battle of Longewala played an important role in the victory of the war in 1971. The brand has thus added a commemorative emblem featuring the Indian Army insignia flanked by a ‘laurel wreath’. The Jawa motorcycles also boast of being the only motorcycles to have the honour of being allowed to sport the emblem on a production motorcycle.

Powering the Jawa Khaki and Midnight Grey is a 293cc single-cylinder, liquid-cooled engine that makes 27.33 PS of power and 27.02 Nm of torque. The engine comes with a 6-speed transmission and claims to be the first single-cylinder motor to utilize cross-port technology. The engine also comes with punchier mid-range but also more linear performance across the rev range. The brand has also retuned the frame and suspension of the motorcycle, and the bike also gets an enhanced seat. But the wheels and tyre size remains the same.

Also Read: Jawa plans to add 500 dealerships in India in a year 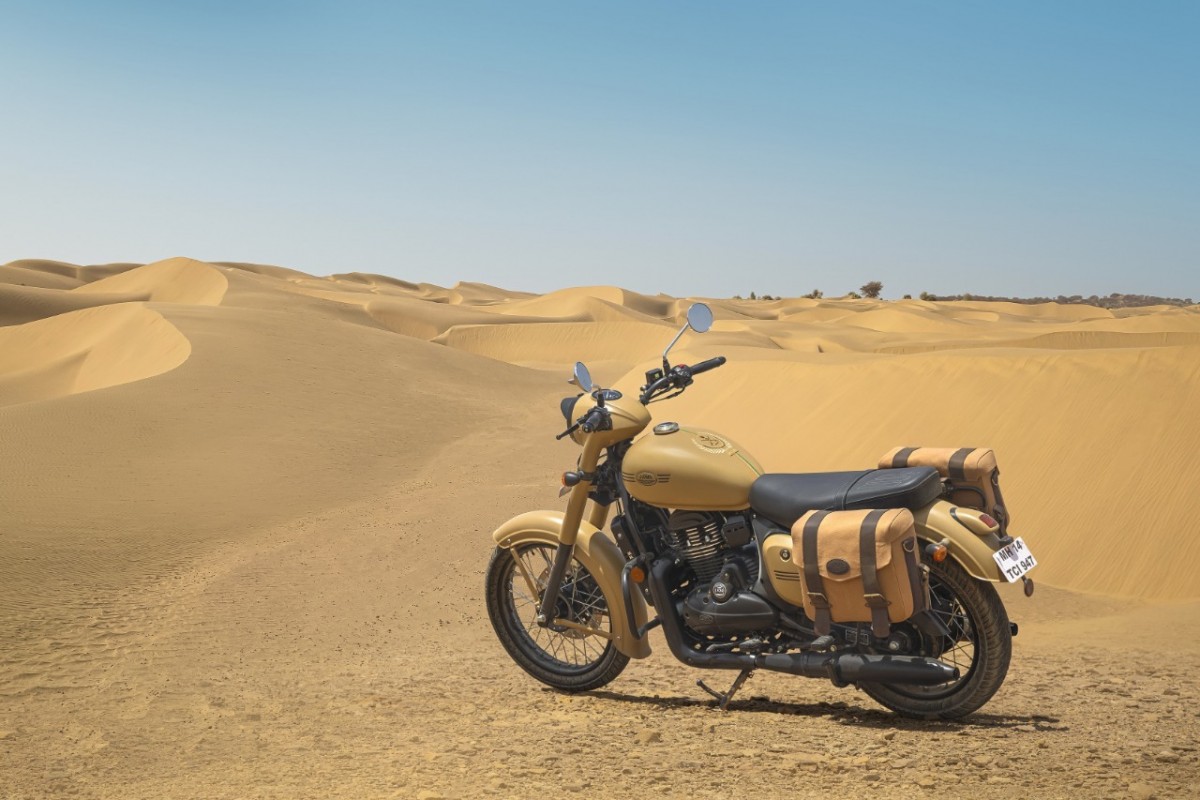 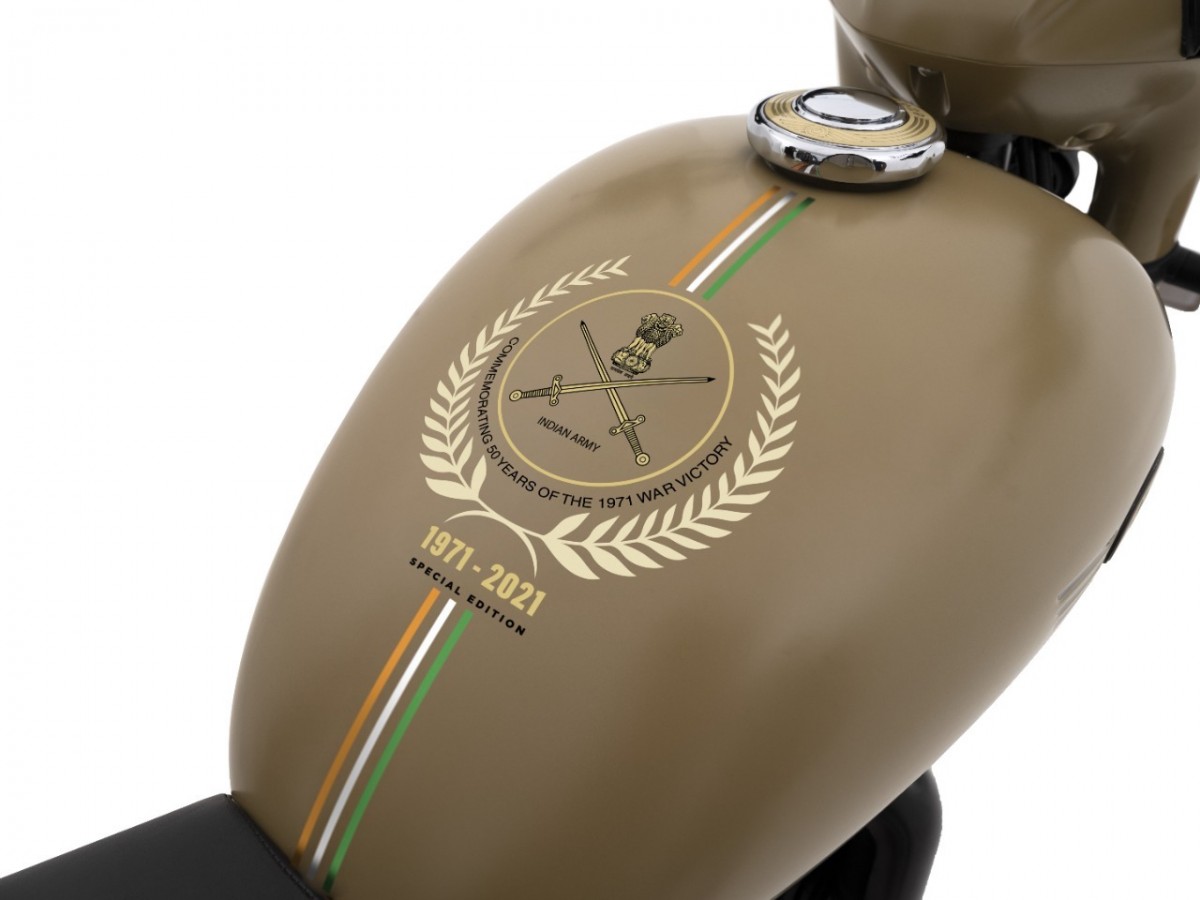 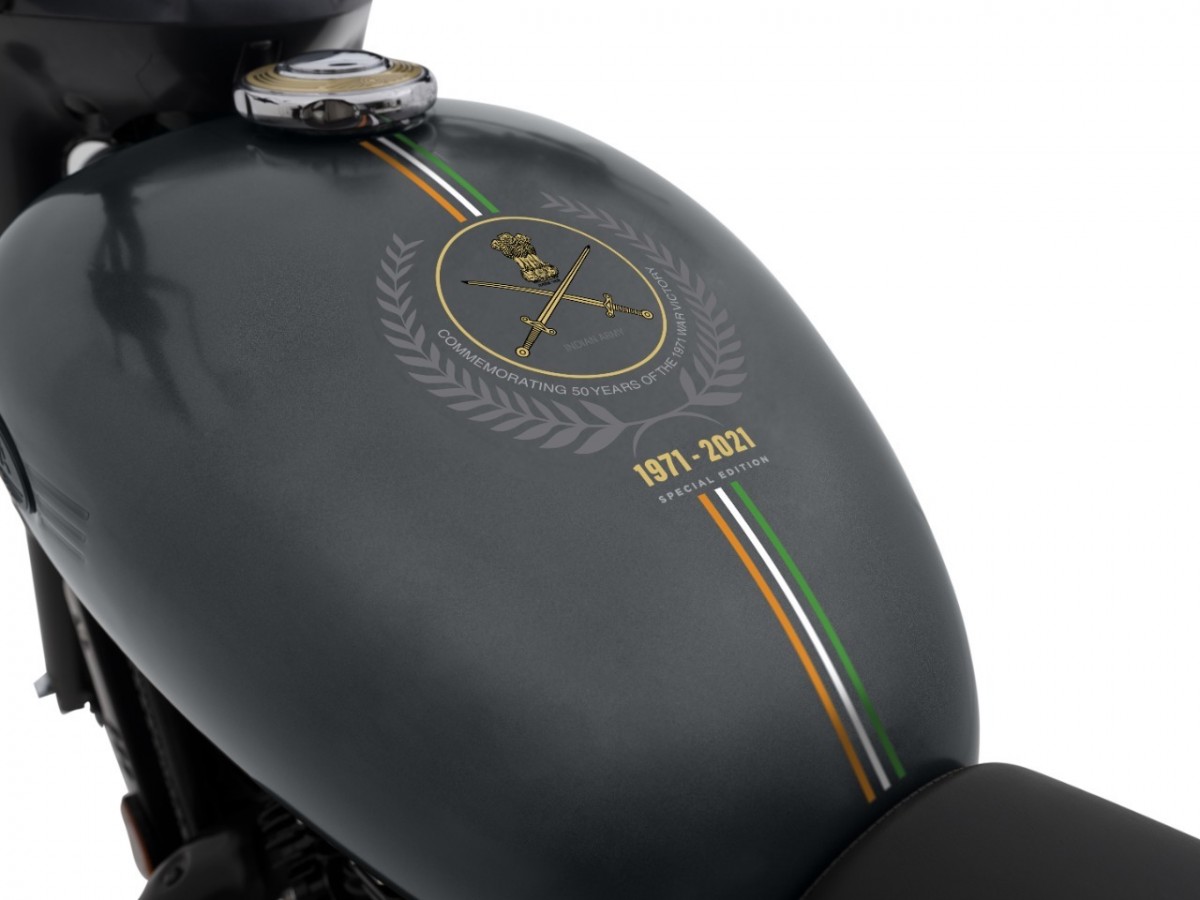 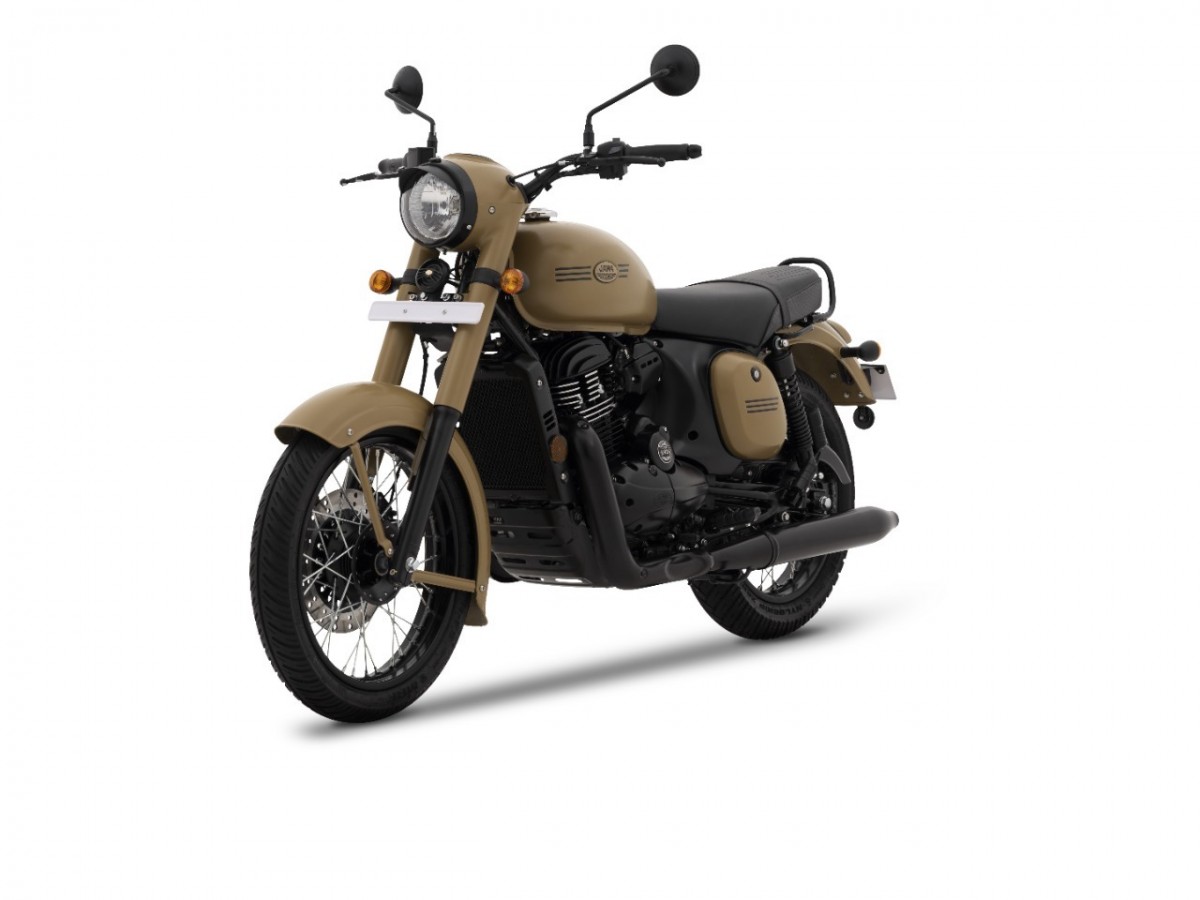 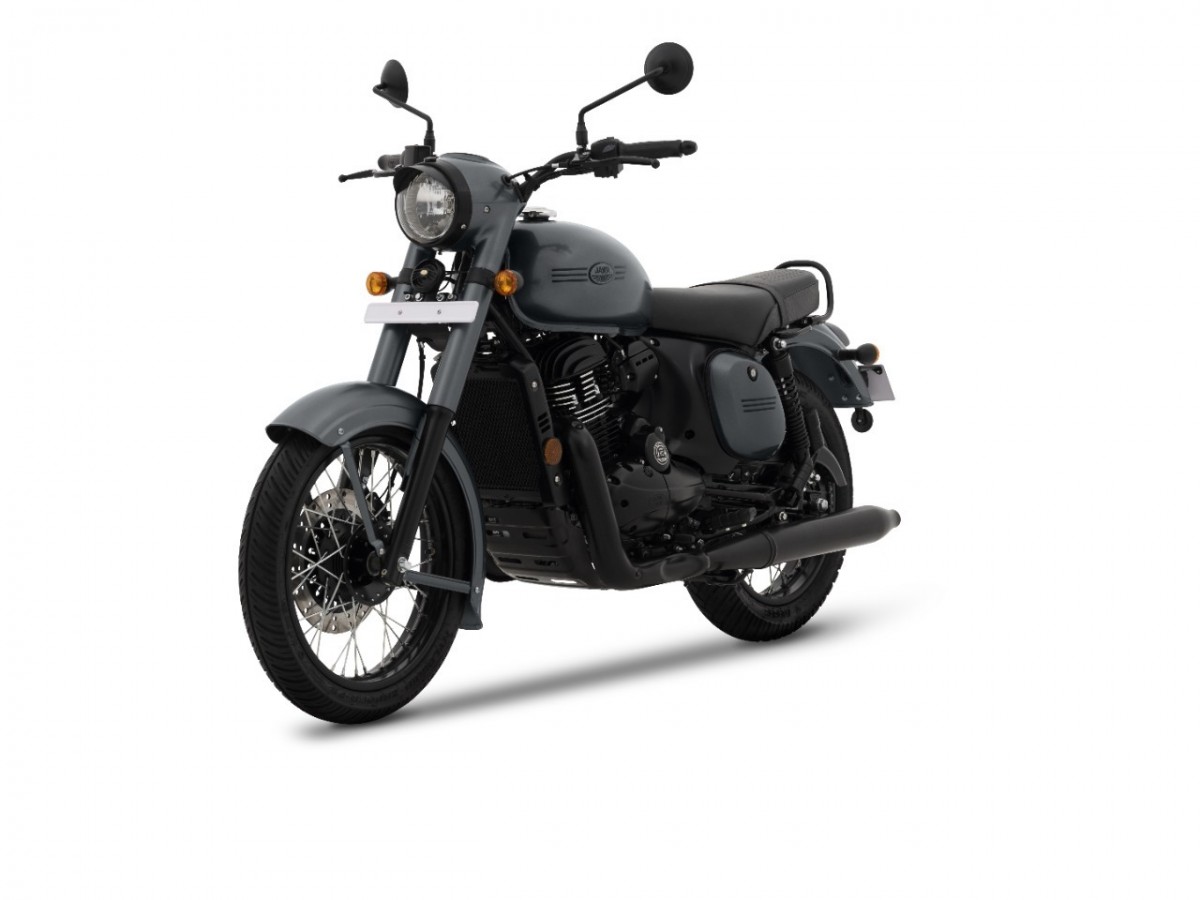 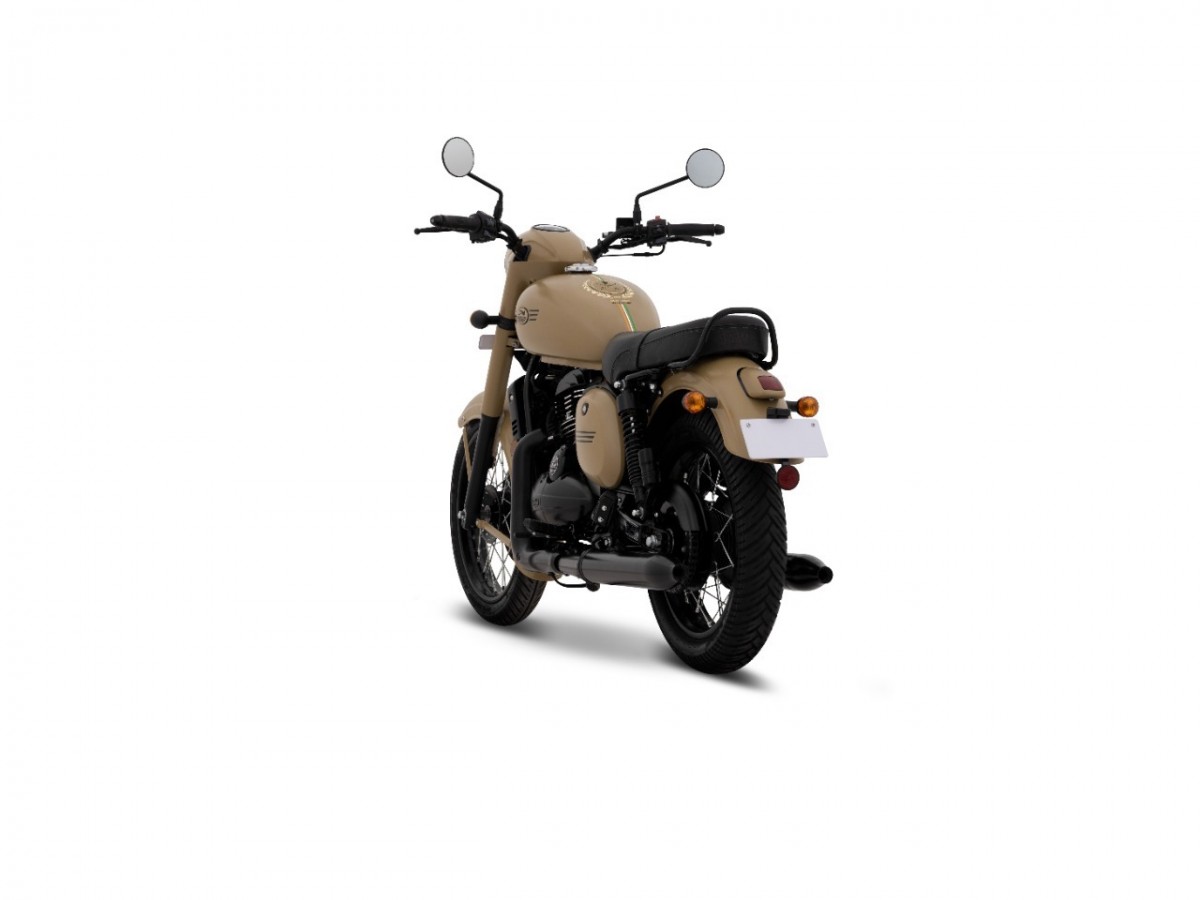 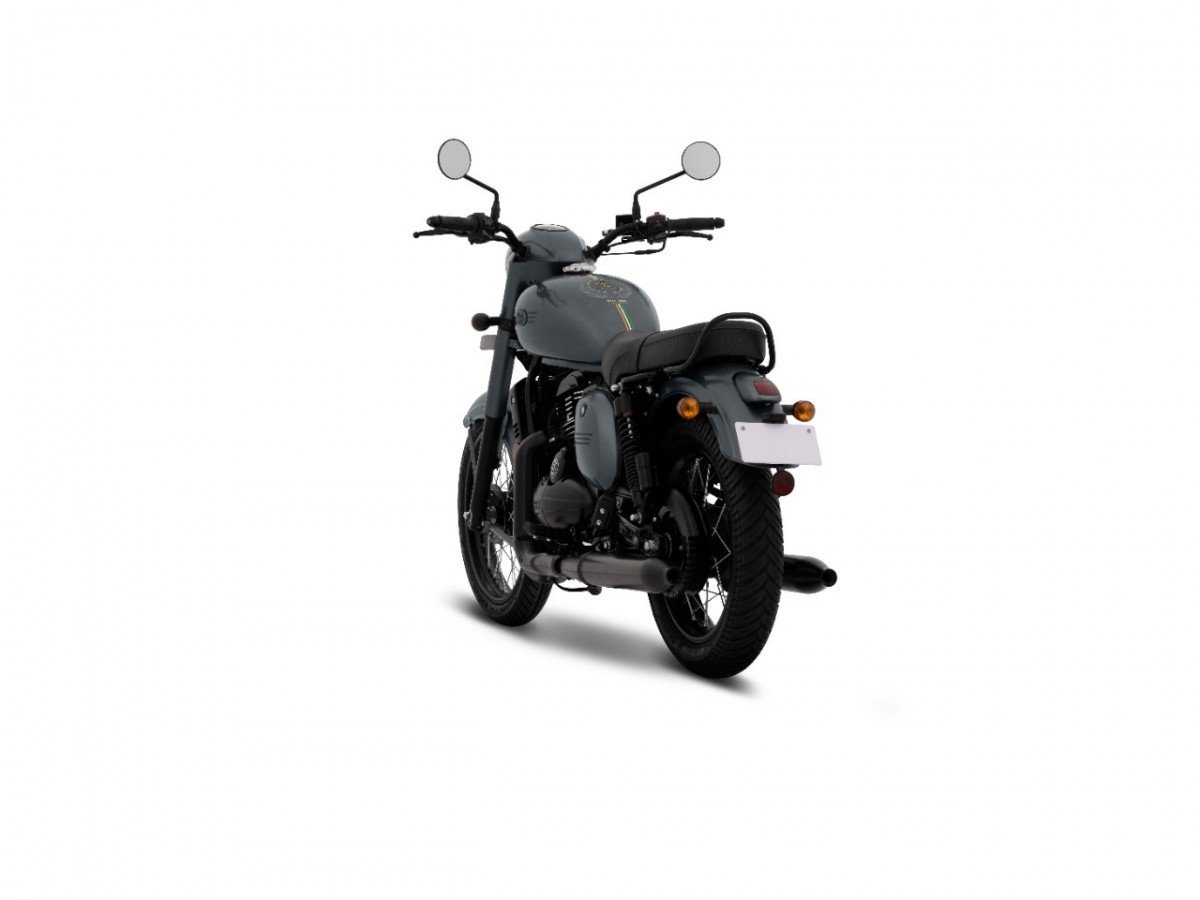 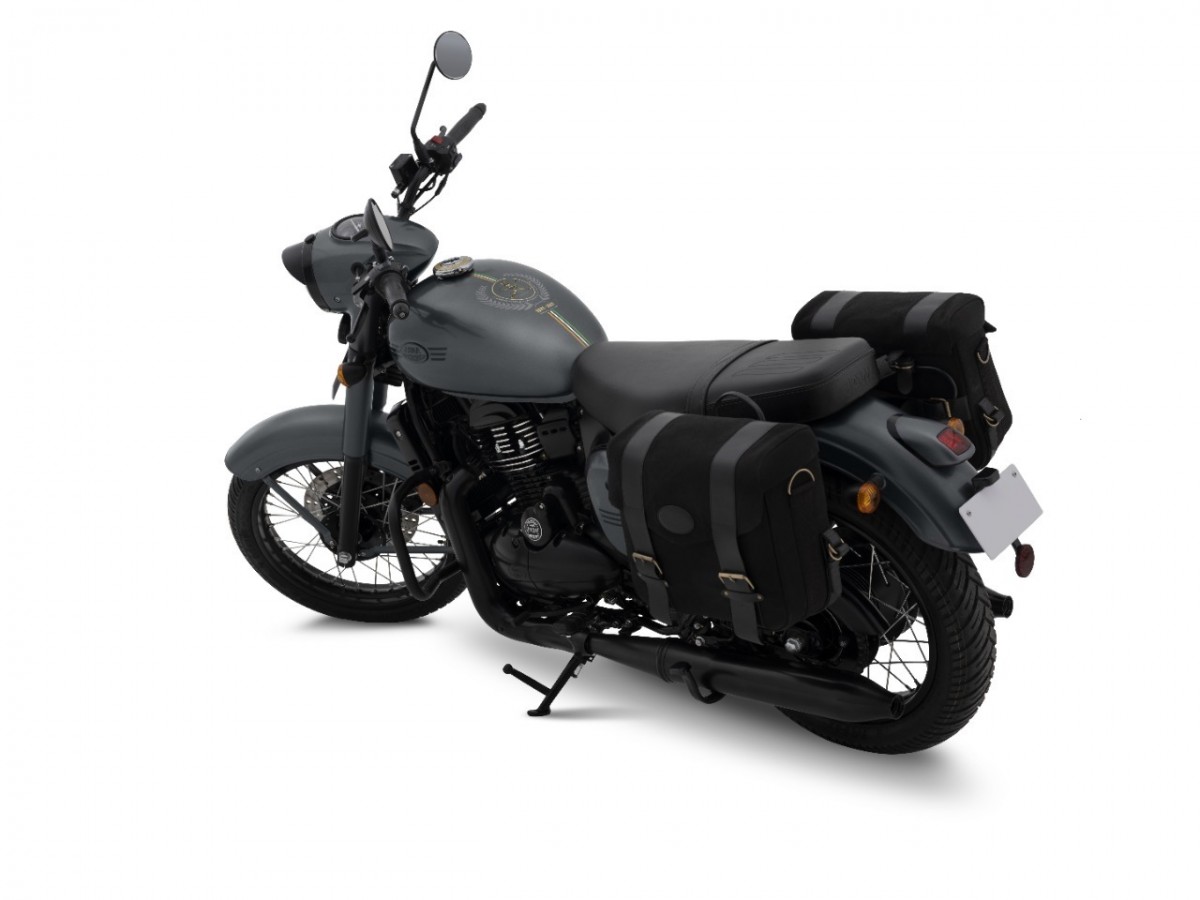