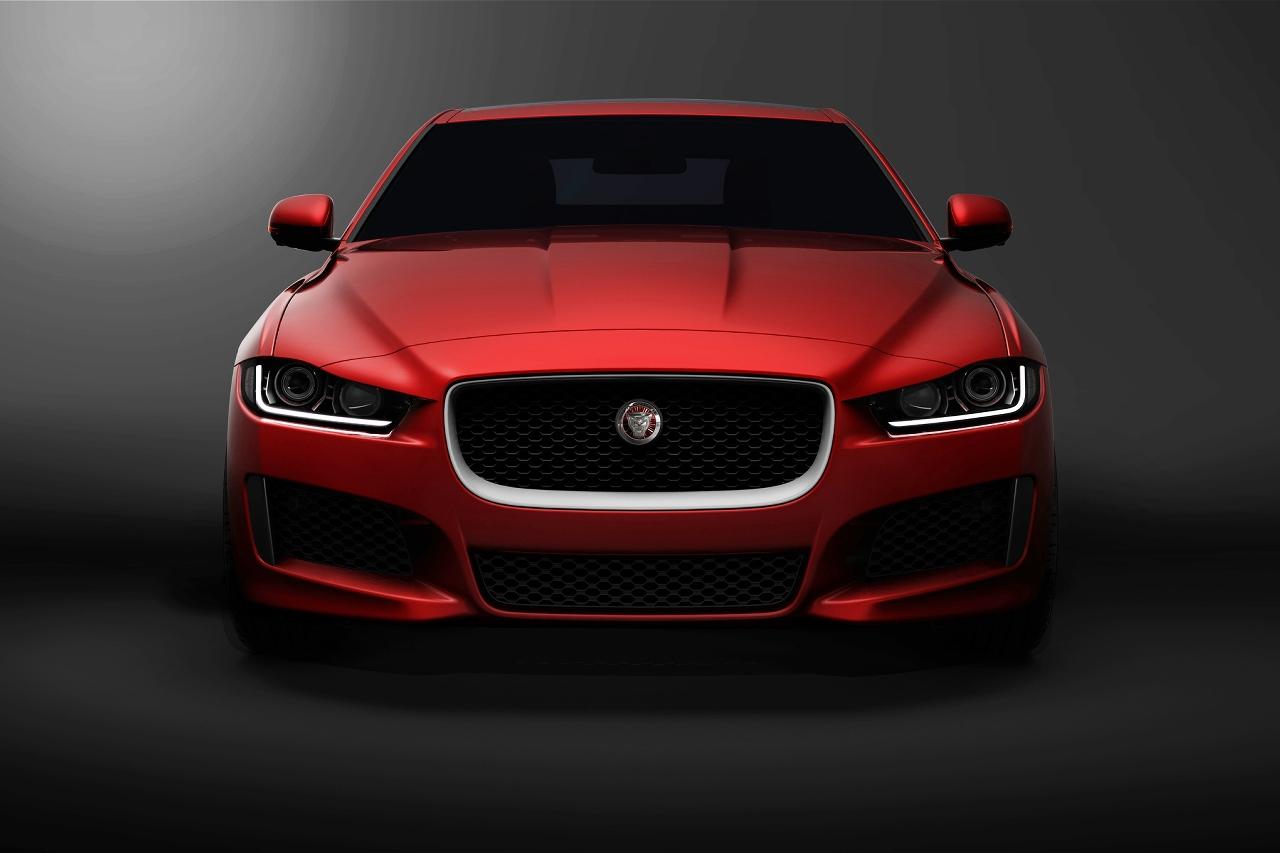 Jaguar will unveil the new XE sedan in London on 8th September, 2014. The XE will be Jaguar’s entry level sedan slotting below the XF and will compete against the Audi A4, BMW 3-Series, Merceds C-Class and the Volvo S60.

The exterior design resembles to the bigger Jaguar sedans, XF and XJ. Built around an aluminium-intensive architecture and lightweight construction, Jaguar claims that this car will keep the enthusiasts happy. A Jaguar F-Type based double-wishbone suspension at the front mounted to a sub-frame with cast aluminium suspension towers, is expected to provide XE the ride quality equaling an XF-R. Rear suspension is an integral link unit which is said to be superior than a conventional multi-link suspension.

The XE will also get a new EPS with better feel and easy low-speed maneuverability. Another feature Jaguar have developed is the ‘All Surface Progress Control’, which is basically a traction control system for rear wheel drive cars.

The XE will be powered by Jaguar Land Rover’s new Ingenium engine family, which will be four-cylinder, 2-litre, turbocharged petrol and diesel units, available in multiple states of tune.