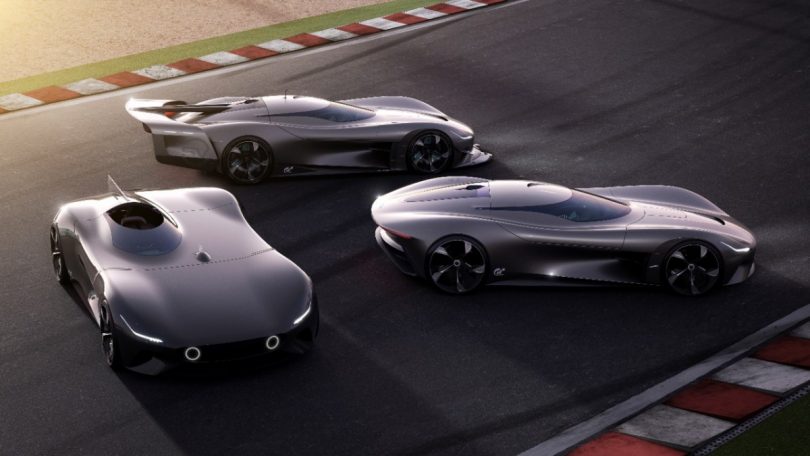 The Jaguar Vision Gran Turismo Roadster is an all-electric single-seater that features the race-proven powertrain from the Coupé version. However, the roadster showcases a taut, sculpted body that’s inspired by the iconic and timeless 1957 Jaguar D-type roadster. The Vision Gran Turismo Roadster also sports a specially-developed black and grey paintwork with graphics that emphasise its beautiful design. The roadster’s flowing surfaces, dramatic lines and perfect proportions featured on the previous Jaguar Gran Turismo Vision cars are instantly recognisable.

However, instead of a deployable canopy, the Vision Gran Turismo Roadster sports a swept-back aero screen in front of the driver. At the rear, the Roadster sports a modern interpretation of the fin synonymous with the three-time, Le Mans-winning D-type. Jaguar has ensured to aerodynamically optimise the fin using latest computational fluid dynamics tools for enhanced stability and reduced drag. Other details include the Union Jack etched on the fin with illuminated LEDs and circular lights in the front grille.

Powering the new Jaguar Vision Gran Turismo Roadster are a set of three light-weight, powerful yet compact electric motors. Jaguar developed these using its Formula E racing experience with one motor on the front axle and two on the rear. In total, the motors produce 1,020 PS of peak power and 1,200 Nm of electrifying torque. This allows for a 0-100 kph acceleration time of fewer than 2 seconds with a 354 kph top speed figure. 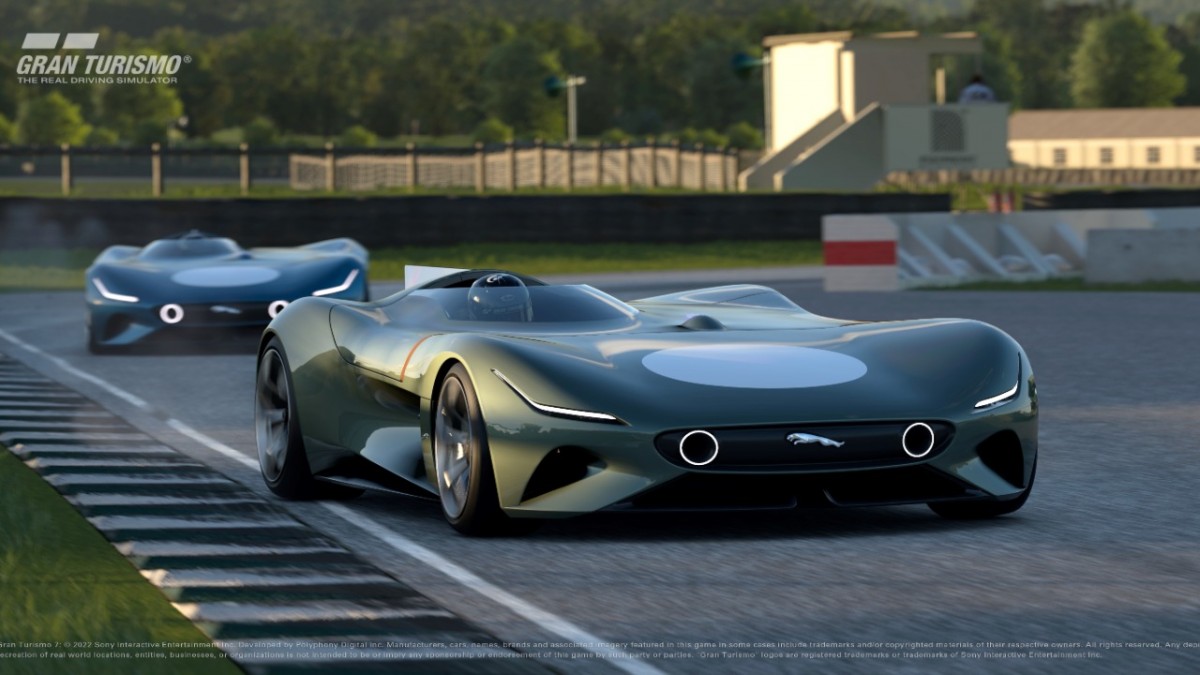 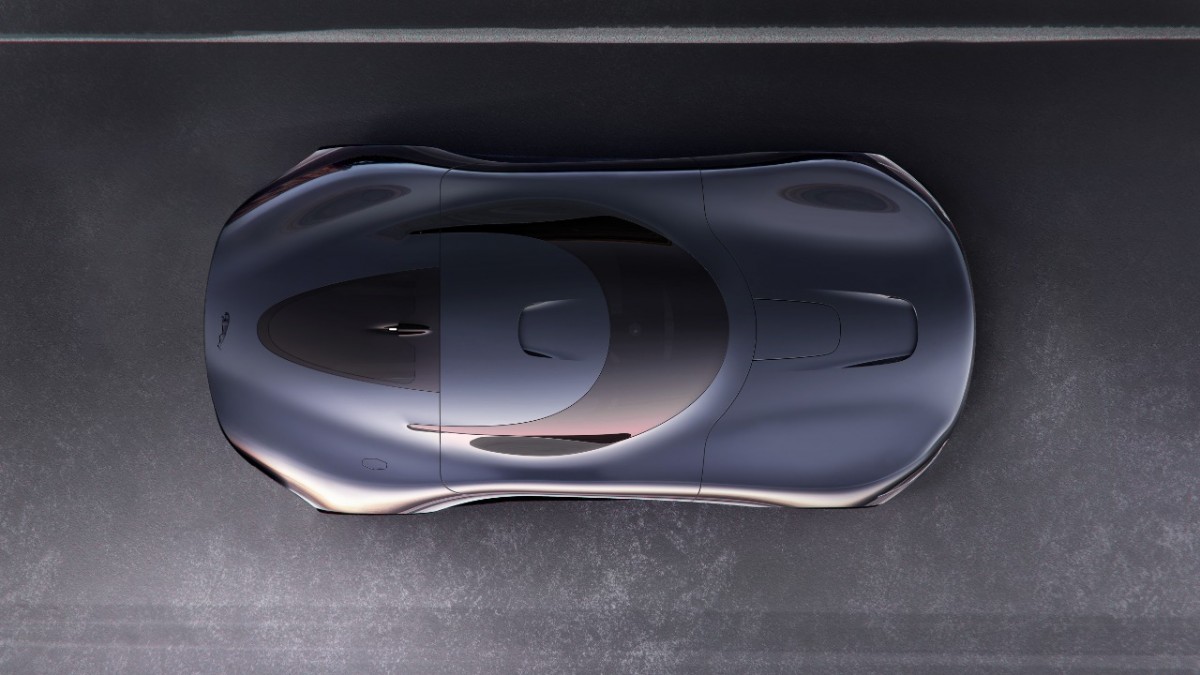 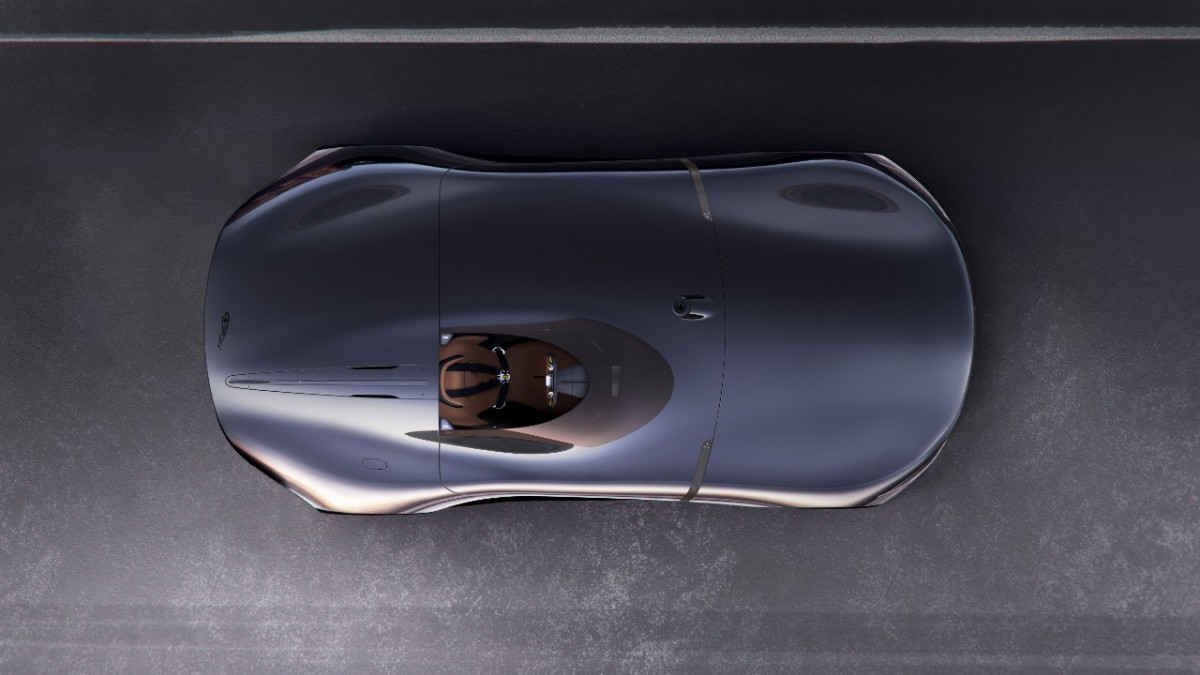 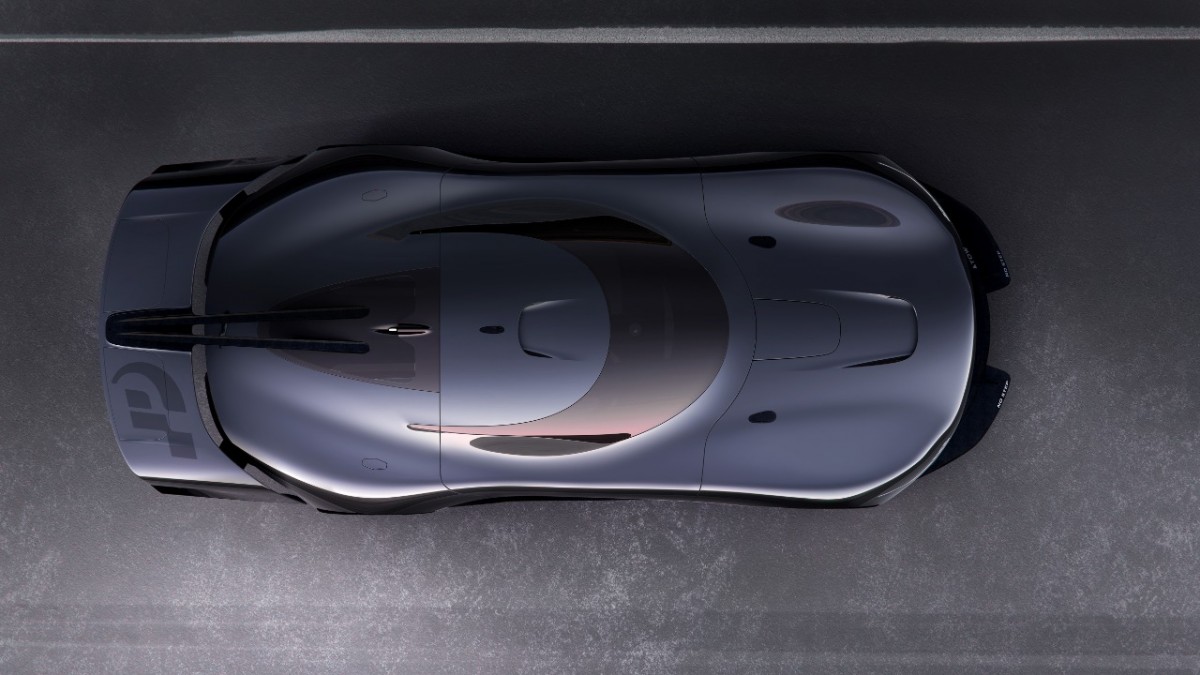