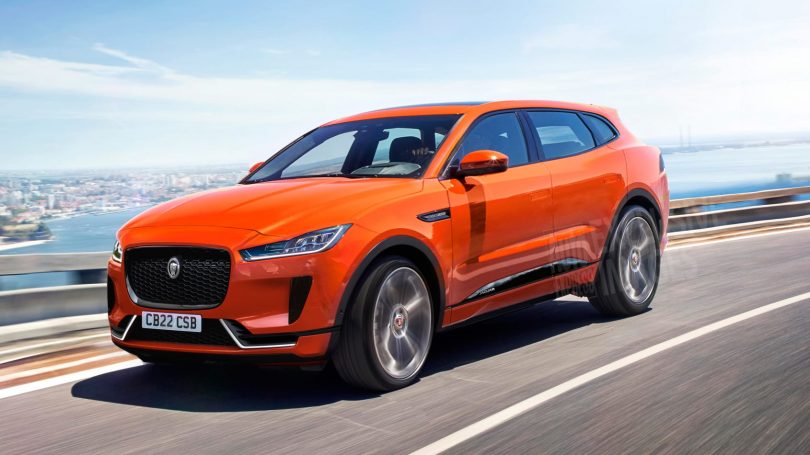 Jaguar is in the final stages of its development of an all new-electric SUV. It will be called the J-Pace and will be positioned just above I-Pace in the Jaguar’s lineup.

With the recent change of personnel in the management, now Jaguar is headed by Theirry Bollore. There has been a significant shift in technology and Jaguar plans to be an all-electric company to take on the likes of Tesla and Polestar. The electric SUV will be based on the MLA architecture which will also underpin the next-generation Jaguar XJ. The MLA architecture was developed to support both petrol and diesel but the J-Pace will be an electric vehicle. The SUV will most likely be equipped with a four-wheel-drive system and will have batteries of capacity 100kWh. The expected range should be in the around 300 miles to give a tight competition to Tesla Model X.

The J-Pace will have a similar body structure to that of the F-Pace, with a blanked-off grille and slender LED headlamps as the differentiating features. Along with Jaguar, a lot of other automotive companies have started to increase their investment in the development of electric vehicles. Recently, Apple had also announced that it was developing an electric vehicle which is scheduled to be launched by 2025.

In fact in India too, electric vehicles are catching up with their internal engine counterparts. A recent report by the Indian Energy Storage Alliance (IESA) on ‘India Electric Vehicle Market Overview Report 2020-27’ states that for the year 2020 to 2027 the EV market in India is likely to hit a compound annual growth rate of 44%. The demand for electric vehicles is evident from the fact that even commercial vehicles like buses and rickshaws are now being powered by batteries. Currently, the EV on sale in India are Tata Nexon EV, Tata Tigor EV, MG ZS EV, Hyundai Kona and more. The Government of India is also drafting a lot of policies to favour electric vehicles in India but the e-mobility infrastructure is still in an initial phase and building a wide network of charging stations is very crucial.