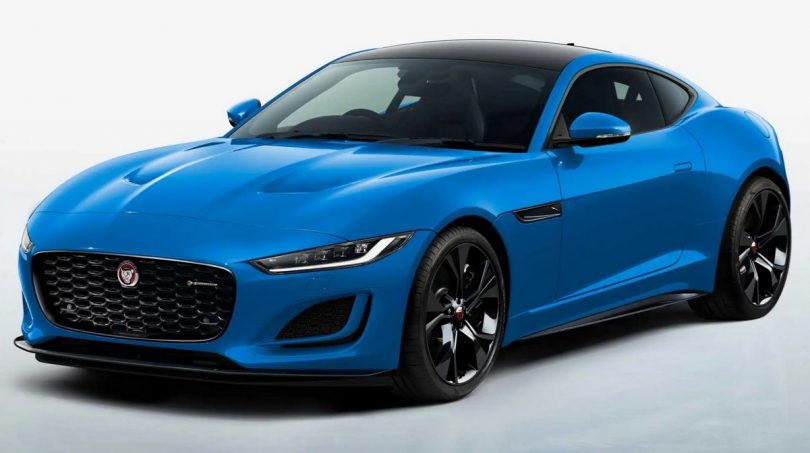 Jaguar has announced the launch of the F-Type Reims Edition. This car’s production will be limited to just 150 units and will be available exclusively for the UK market. There are two variants to choose from; P300 or the P450 RWD R-Dynamic Coupe. The car is finished with a special French Blue shade which is available exclusively with this edition only. This will be the second Reims Edition by Jaguar, having already launched the first edition in 2019 which was based on XE.

This car is a tribute to the Jaguar D-Type’s victory at the Reims in 1954 which propelled the company’s heyday of that era as they won the 24 Hours of Le Mans following three years and also clinched the titles in the European Touring Car Championship, World Sports Prototype Championship and World Sportscar Championship over the following decades. The interiors of the car are finished with Ebony and Ebony leather combination along with subtle touches of gloss black finishes at door switches, door handles and instrument cluster. Other key highlighting features include; fixed panoramic roof, heated seats, two-zone climate control, heated steering wheel and a heated windshield.

The P300 variant is powered by a four-cylinder 2.0-litre petrol motor producing 296 BHP of power meanwhile the top-spec P450 has a V8 5.0-litre petrol power mill making 444 BHP of power. The brakes are now carbon-ceramic which are covered by 20’ inch five-spoke alloys which is a very striking appeal. Jaguar has made some tweaks to the suspension set up as well.

The Reims Edition is second in the line of special editions based on the F-Type. First was the F-Type Heritage 60 edition which was launched to pay its tribute to the E-Type which turned 60 years old recently. The price range for the F-Type Reims Edition starts at GBP 58,900 for the P300 variant whereas, for the P450, the price is set at GBP 71,450. Jaguar confirmed that the deliveries will start sometime in March this year. In India, Jaguar will soon enter the electric vehicle segment by launching the I-Pace pure electric SUV.