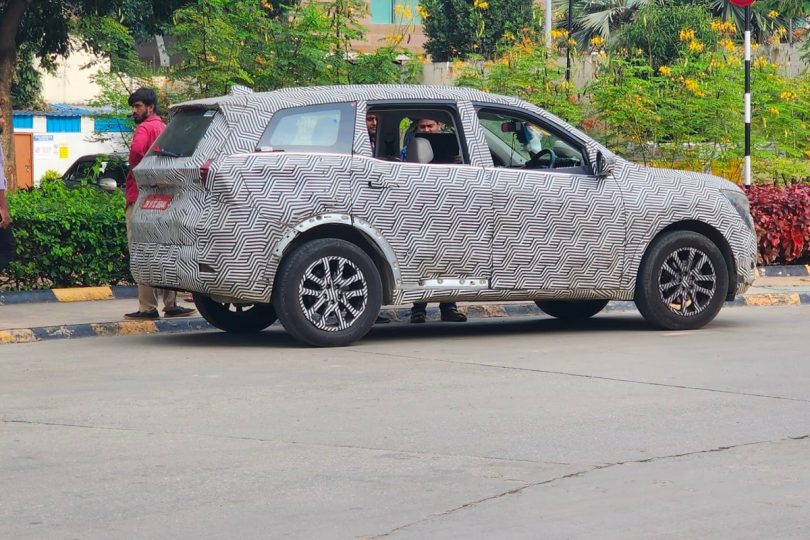 After the all-new all-electric XUV400, Mahindra is preparing to launch the all-electric version of its current flagship, the XUV700. Mahindra is late to the electric party, but it wants to make sure that it makes up for lost ground.

The carmaker recently showcased 5 all-electric SUV concepts with the new INGLO modular platform on Independence Day. All these will spawn a production version, which customers will be able to buy. These fall into two different lineups – BE and XUV.e series. The BE stands for Born Electric and features the INGLO skateboard platform. On the other hand, XUV.e will have products to use ICE models as their base.

Mahindra has already unveiled the XUV400. Hence, all eyes are on the development of the next all-electric SUV from Mahindra. And now, new spy shots of a camouflaged XUV700 test mule have surfaced online that could be the XUV.e8.

Except for the camouflage, the electric version of the XUV700 looks identical to the standard XUV700. Even the wheels are identical to the ones on the top-end AX7 L variant of the XUV700. Not many details are visible. However, even though the side profile may see minimal changes, Mahindra will make changes to the front- and rear-end of the XUV.e8 to differentiate it from the XUV700.

The person who spotted the test mule also got a chance to have a chat with the team testing the XUV.e8. The test mule was spotted in Ecospace, Bangalore. The team testing the car said that they had come to test the model in waterlogged streets. But unfortunate for them, there wasn’t any water around. The person who clicked the pics also asked the team if it was the facelift version of the XUV700. The team replied that it’s an EV and won’t be launching this year. The latter sounds about right.

The prototype Mahindra showcased in the UK was much different than the XUV700. The prototype had a matte black wrap with copper-coloured textures all over it. The new electric XUVs will get these copper-coloured highlights. We first saw it in the logo and XUV.e8 and XUV.e9 and then in the recently unveiled XUV400. The copper colour is to Mahindra, what the electric blue colour is to Tata. The different colour scheme also helps differentiate the ICE models from the electric ones.

Sources also suggest that the XUV.e8 might get an RWD setup with 228 BHP or an AWD setup with 335 BHP. Although not confirmed, the XUV.e8 could get a 60 kWh battery pack. Thus, when launched, it would split the gap between the MG ZS EV and the more expensive options like the Volvo XC40 Recharge and Kia EV6. 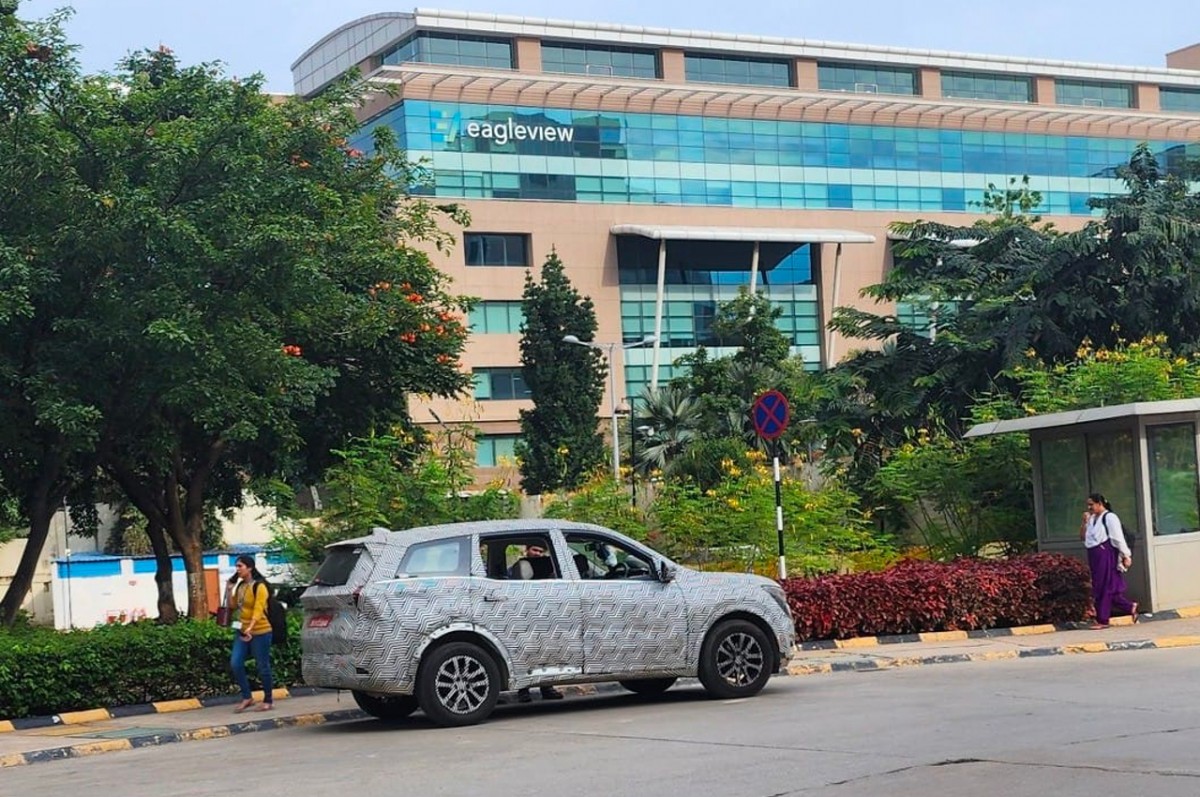