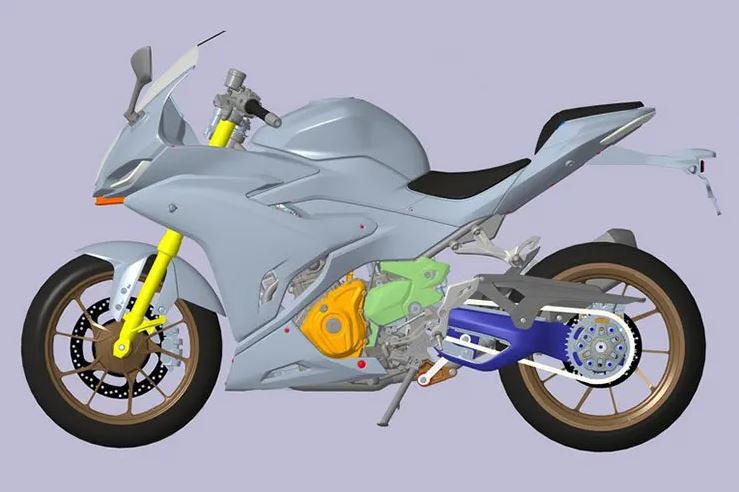 Neither the launch nor unveiling details are available yet. However, we may be able to see the production-spec motorcycle latest by the end of 2023.

Benelli Tornado 402R Leaked Patents – What Do We Get To See?

The Tornado 402R gets similar styling tweaks to the new Tornado 302R. The front of the bike gets a stacked headlight setup with two DRL strips on either side. Components like the mirrors are identical to the Tornado 302R. The look of the motorcycle follows Benelli’s styling direction taken by its parent company.

The patent leaks also show that you would get a tubular steel frame and a single disc brake at the front. The disc brake gets a conventional caliper instead of a radially mounted one. The motorcycle also gets upside-down forks at the front. The most interesting bit from the design patent leak is the swingarm of the motorcycle. It features a single-sided swingarm with an underslung bracing. The underslung bracing doubles up as a mount for the rear shock’s linkage. In addition to this, the swingarm also looks like a cast alloy part. Other visible design elements include clip-on style handlebars, a split step-up seat design and a slide-slung exhaust.

There are no details to confirm the mechanical details of the bike. However, according to reports, it will use a 399cc liquid-cooled twin-cylinder engine. The power and torque output will be similar to that of a Ninja 400. Hence, expect it to make around 45 HP and 38 Nm of torque. 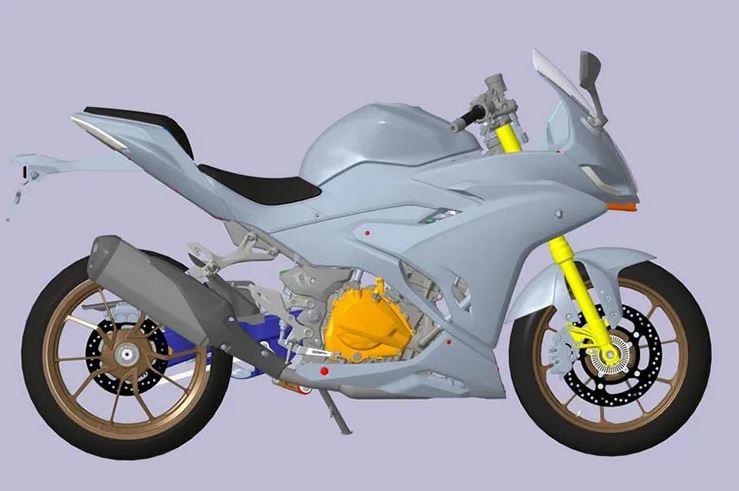 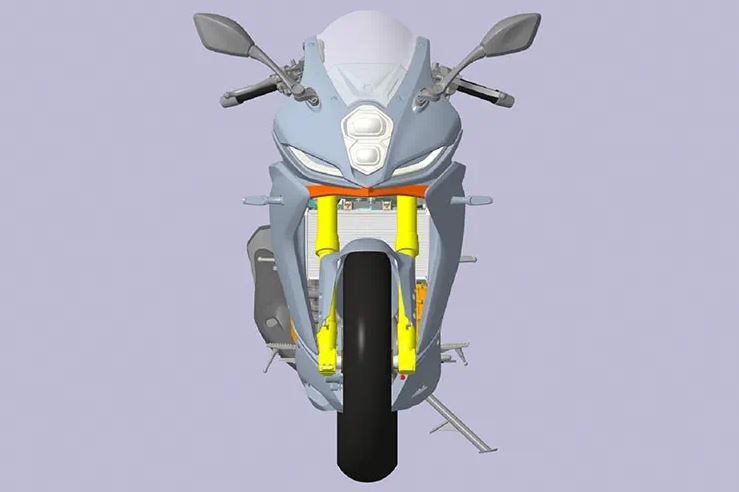 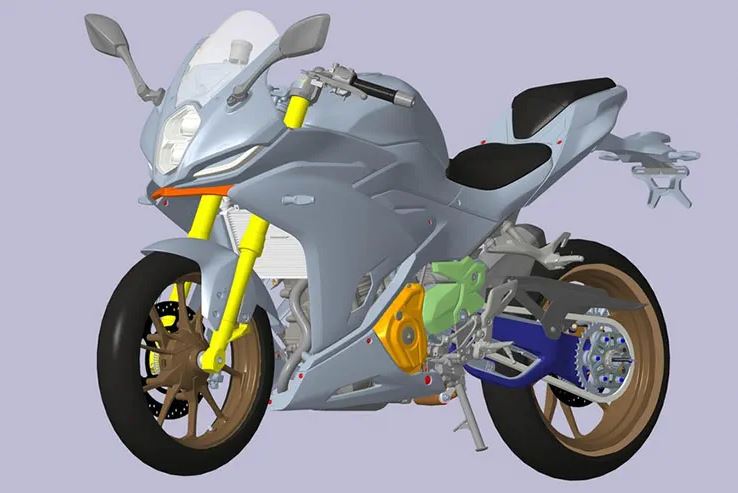