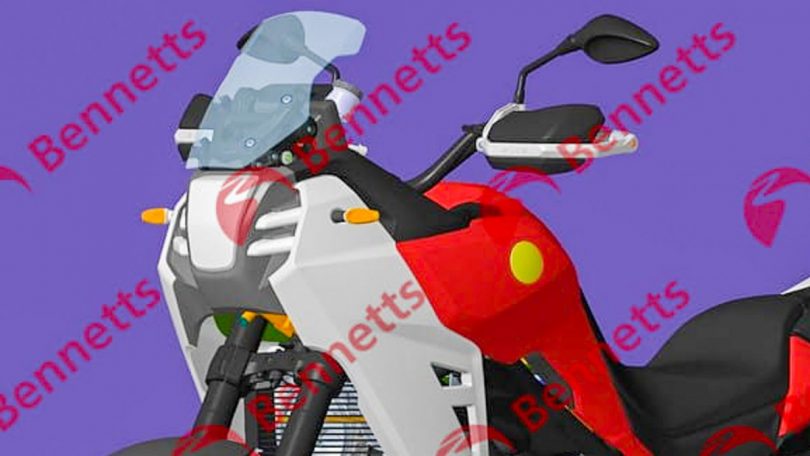 Benelli could be planning to launch a new motorcycle in the international market. The brand’s parent company Qianjiang is reportedly conceptualizing various models in the home market, evident from the design patents filed with the intellectual property office. Sources report that the line-up of motorcycles from the Chinese brand will hone both the QJ Motor and Benelli names.

The former is likely to cater to the home market, while the Benelli brand will cater to the international market. A new design patent has been filed, leading us to believe that the brand is likely to introduce a middleweight adventure motorcycle. Reports suggest that the new bike will come with adventure styling but feature road-biased running gear.

The Benelli 650 Adventure comes with a Paris-Dakar enduro-style design. The motorcycle comes with an upright front fascia housing a single headlamp. Twin LED light stripes could flank the headlamp unit creating a unique light signature. The bike will also feature a tall windscreen that protects the rider from wind and weather. The motorcycle also comes with elongated side fairings and a large fuel tank. The adventure motorcycle will come with a scooped seat with particular emphasis on highway touring and trail riding ergonomics. The patents reveal a rugged engine bash plate, knuckle guards, and a high mount exhaust. The bike also features cross-spoke wheels shod in road-biased tyres.

The brand is likely to position the Benelli 650 adventure bike above the Benelli TRK502 and may christen it the TRK650. The bike is likely to compete with the Suzuki V-Strom 650, Kawasaki Versys 650 and the likes. 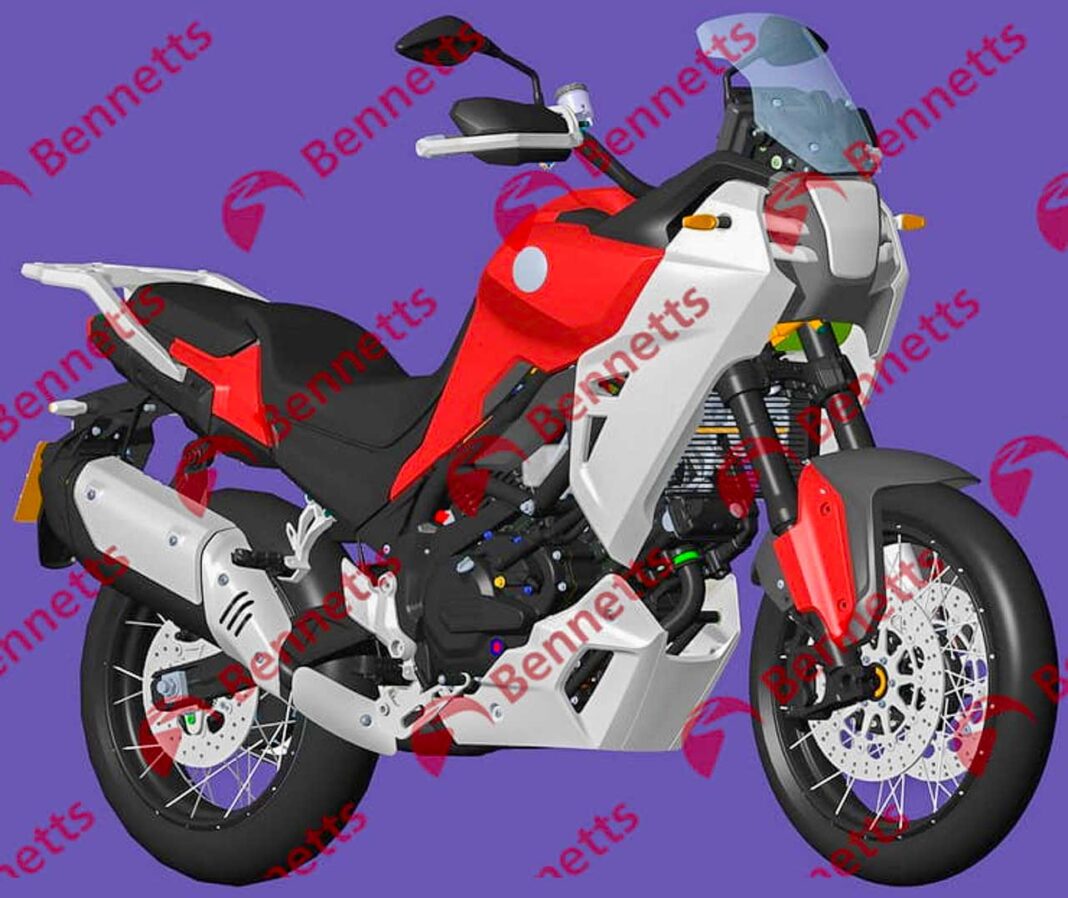