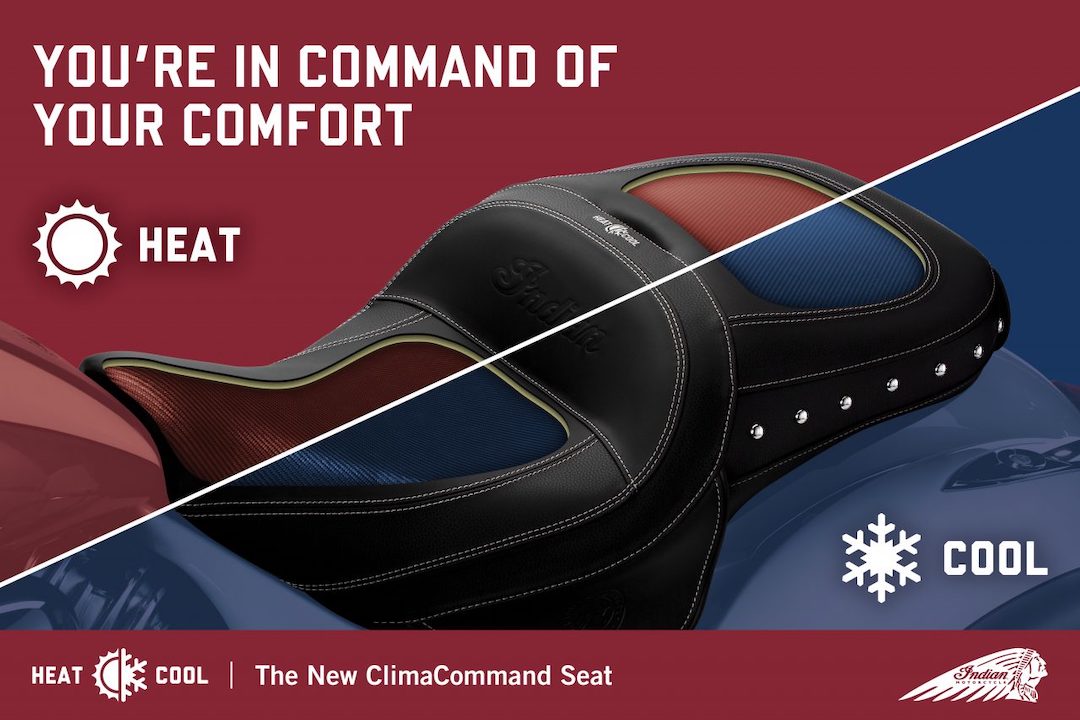 America’s first motorcycle company, Indian Motorcycles founded in 1901, has announced a new revolutionary technology to improve rider comfort through a seat cooling system specially designed for warm weather climates. The seat cooling system is dubbed ‘ClimaCommand’ that is capable of both cooling and heating the seats of both the rider and passenger.

Indian Motorcycles claim that it’s thermoelectric technology is much more effective than the standard HVAC convection systems that merely push cool air through perforations and instead, the ClimaCommand technology actually produces a surface that’s cold to the touch which is a vital performance advantage over conventional automotive standard HVAC systems.

To produce heating and cooling, a Thermoelectric module integrated within the seat, which features a nanomaterial created from 100% carbon atoms called Graphene. When electricity is applied to the Graphene material, it causes one side of the material to absorb heat and the opposite side to dissipate heat, making the seat Cold to touch. When the electric flow is reversed, the hot side becomes cold and the cold side becomes hot and can be controlled by the rider using a switch.

The ClimaCommand Classic seat available for the Thunderstroke model comes with Independent rider and passenger controls (low, medium, high) allowing the rider and passenger to remain in command of their heating and cooling levels. The innovative seat system does not have any perforations, vents, or ducts and the seat’s vinyl cover is well-cushioned, highly durable and comes with water and UV resistance.

In other news, Indian Motorcycles has listed the FTR 1200 Carbon on its official website in India confirming that the bike will be coming to the Indian market. The brand has not yet revealed the price and is likely to announce the same soon. The 2020 model is based on the Indian FTR 1200 flat tracker with add-on performance components inspired by the company’s Grand National title winner – FTR 750. 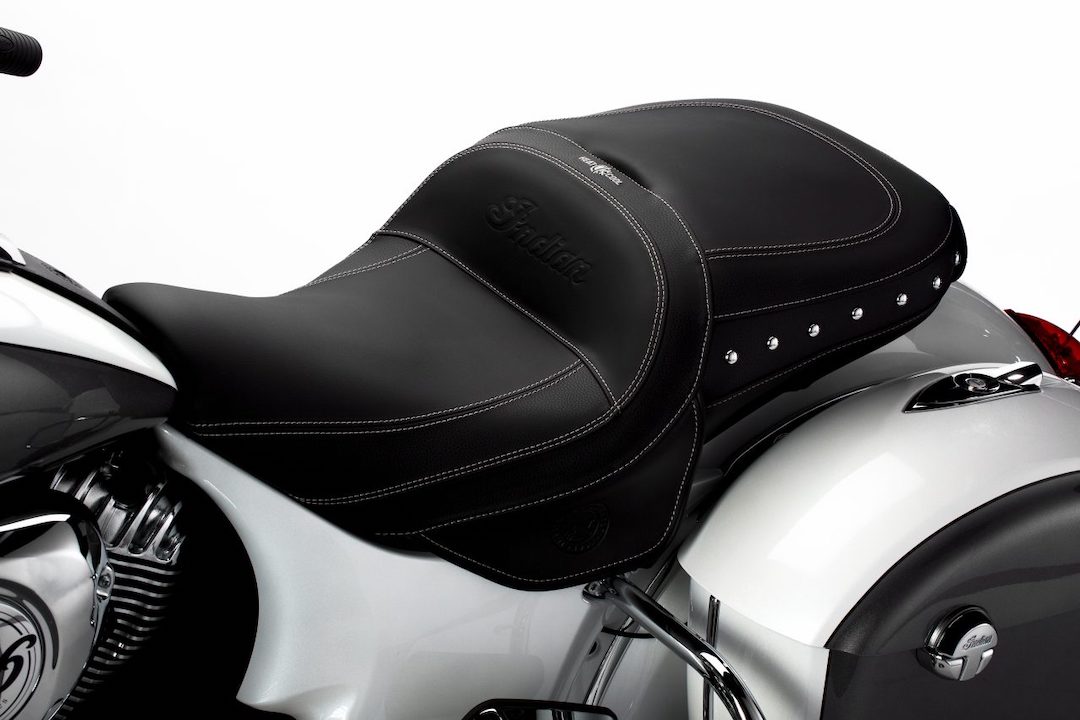 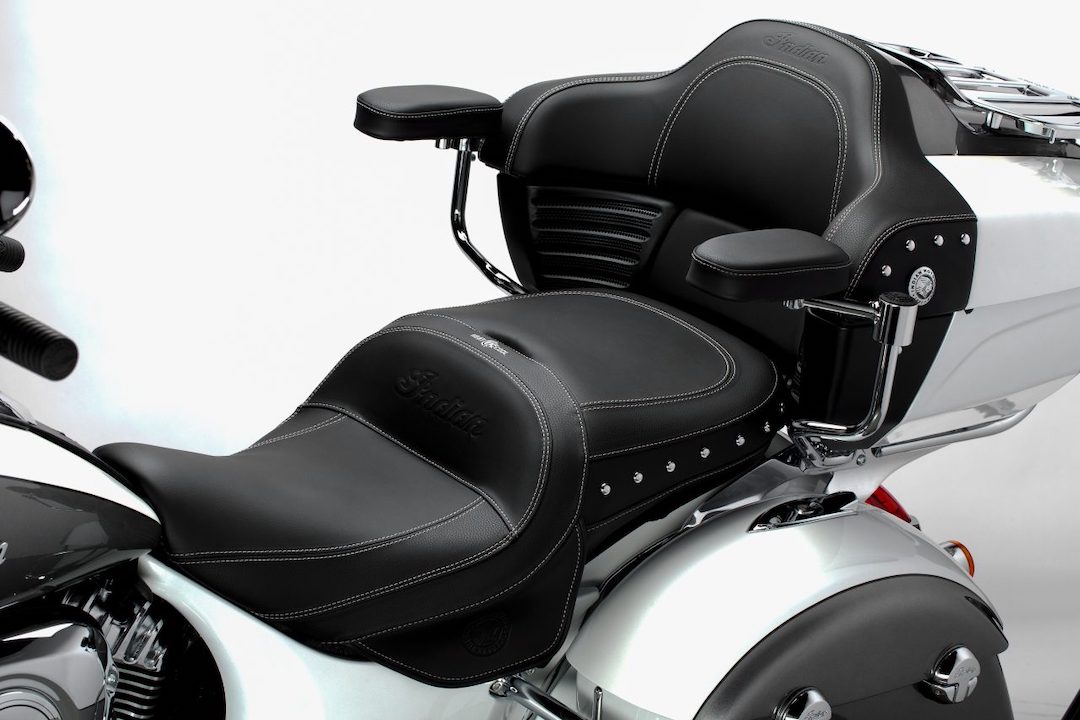 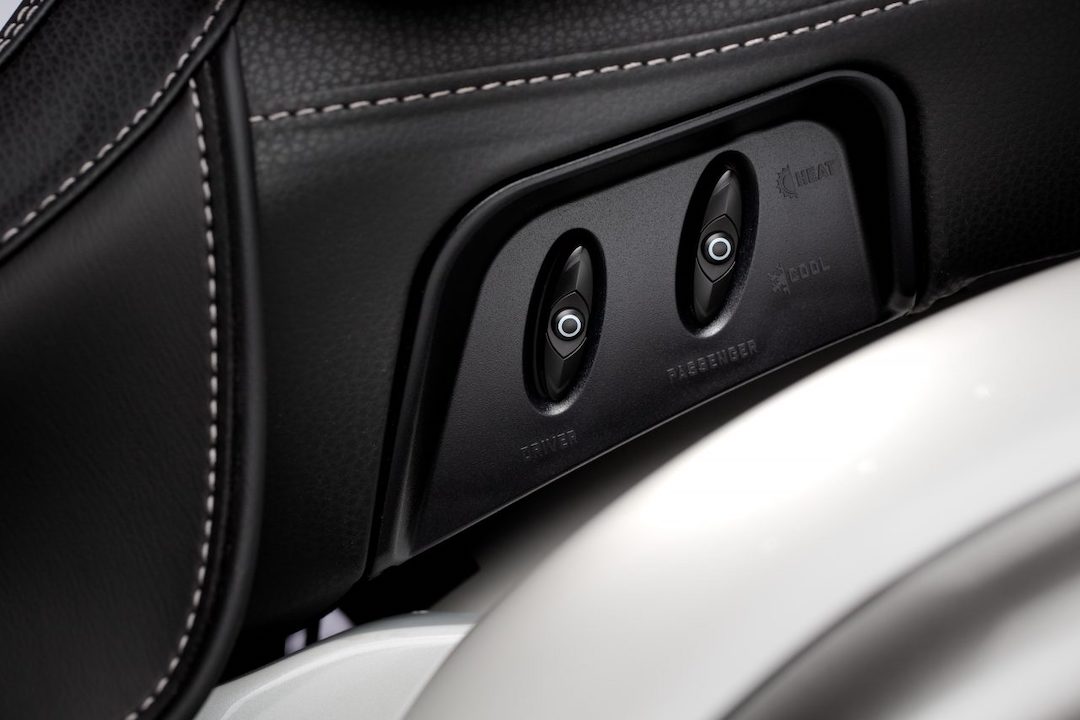 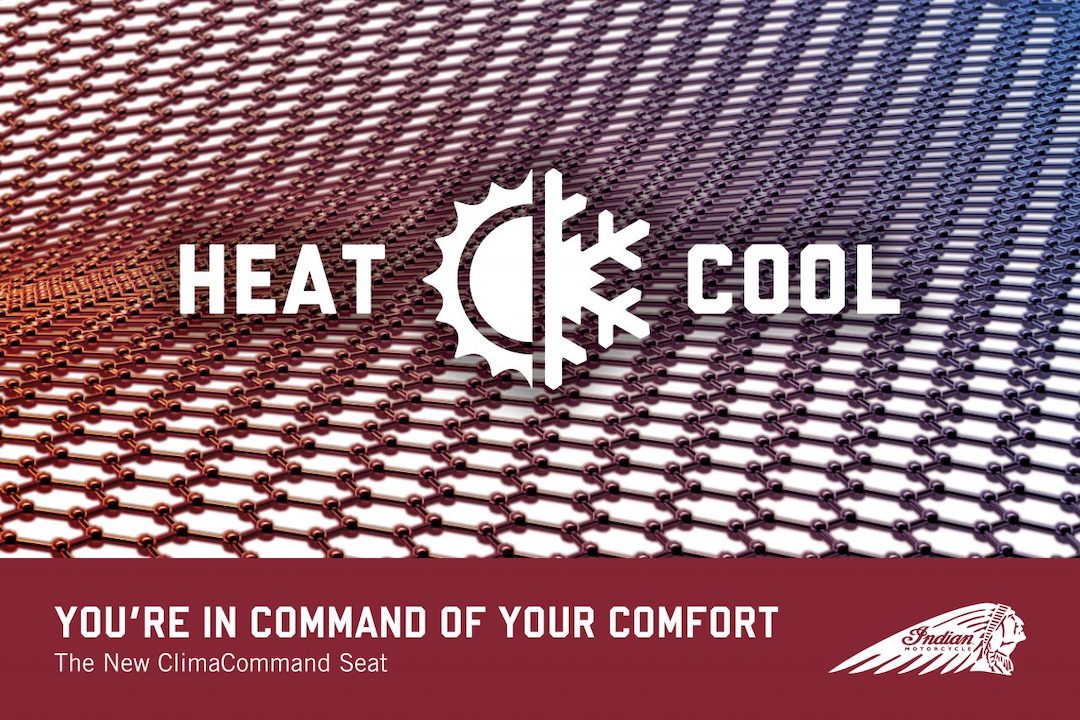