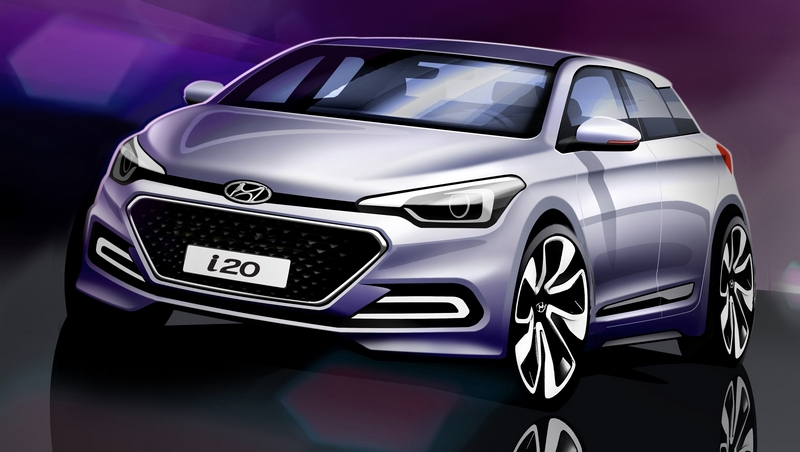 Putting speculations to rest, Hyundai will launch the next-generation i20 on 11th August, 2014. We shared the undisguised pictures of the i20 yesterday, and the exterior design is now completely revealed. Pre-launch bookings for the ‘Elite i20‘ begin from 1st of August, 2014.

With toned down ‘Fluidic Sculpture 2.0′ design language, the new i20 is very European to look at and has been designed at Hyundai Motor’s Design Centre Europe in Russelsheim, Germany.

A flat bonnet and a relatively flat front bumper section, with not too defined crease lines, the front end looks sharper than before. Even the side profile looks rather flat compared to the old i20. Blackened B and C pillars add to the sporty look on the side. Elongated wraparound tail lamps and a reworked rear bumper are noticeably new and fresh compared to the other cars available in the segment.

We are sure that the car will be loaded with features which can shy away cars from a segment or two above. Details about the powertrain have not been revealed yet, and we would rather wait for the actual launch than speculate at this stage.

With the Honda Jazz coming in, and the Hyundai i20 launching in a couple of weeks, the B2 hatchback segment is getting hotter. 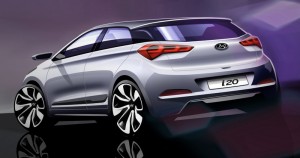 The new Hyundai i20 rear profile