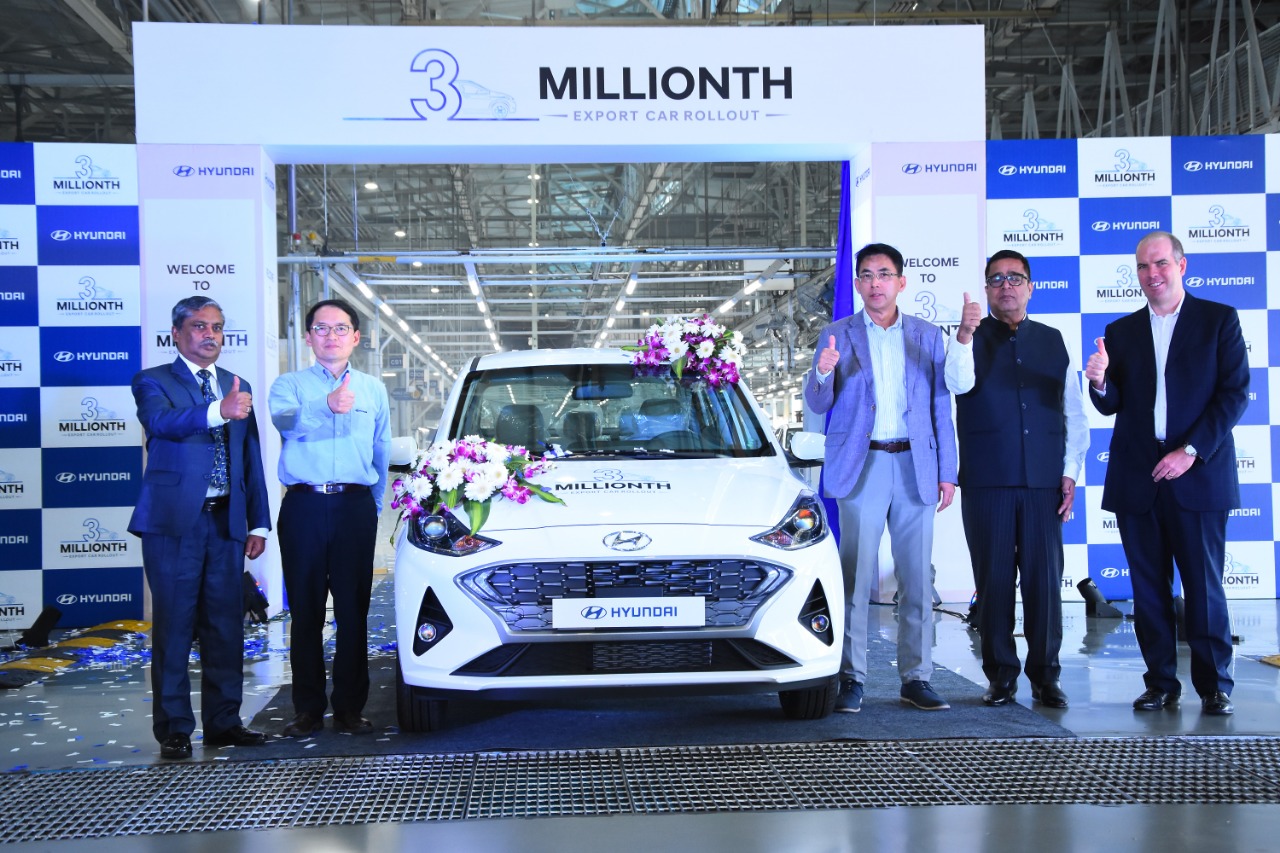 Hyundai Motor India Limited (HMIL) has unlocked a new achievement as the brand’s state-of-the-art manufacturing plant in Sriperumbudur, Chennai rolled out the fastest-made 3 Millionth Made in India export car – a ‘Hyundai Aura’. The milestone car is for export to the Colombian market and is badged as ‘Hyundai Grand i10’. Hyundai claims to be India’s largest exporter since its inception and also the country’s first smart mobility solutions provider.

Hyundai has already launched the BSVI compliant petrol engine on the new Elantra and Grand i10 NIOS in 2019 and upgraded the Santro, Grand i10 and Elite i20 with BSVI petrol engines. Hyundai Cars with BSVI engine are compatible with both BSVI and BSIV Fuel.

The Hyundai Aura is priced in India at INR 5,79 lakh onwards, ex-showroom.