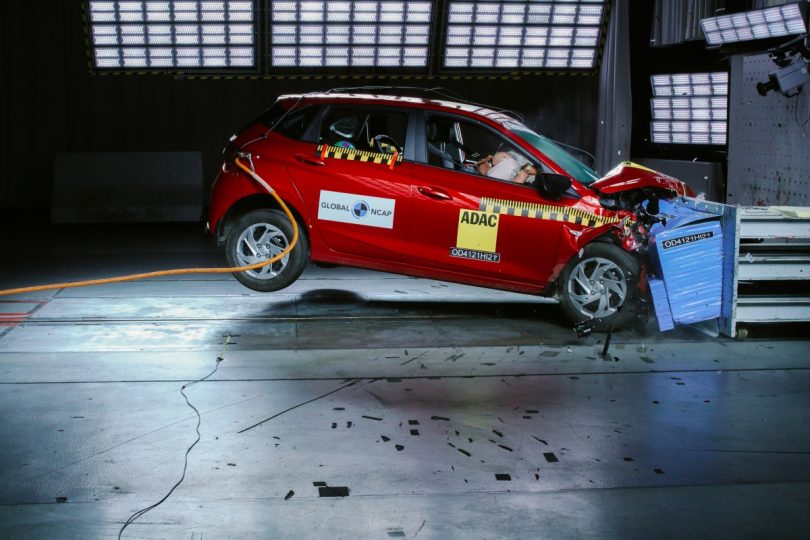 The 1.5-year-old dummy child was installed in the RWF (Rearward Facing) configuration with the ISOFIX anchorages and support leg, offering good protection to the head and chest; however, the CRS marking was permanent. The recommended CRSs also did not show any incompatibility. The Hyundai i20 comes with a lap belt in the middle seat of the second row instead of a three-point seatbelt. 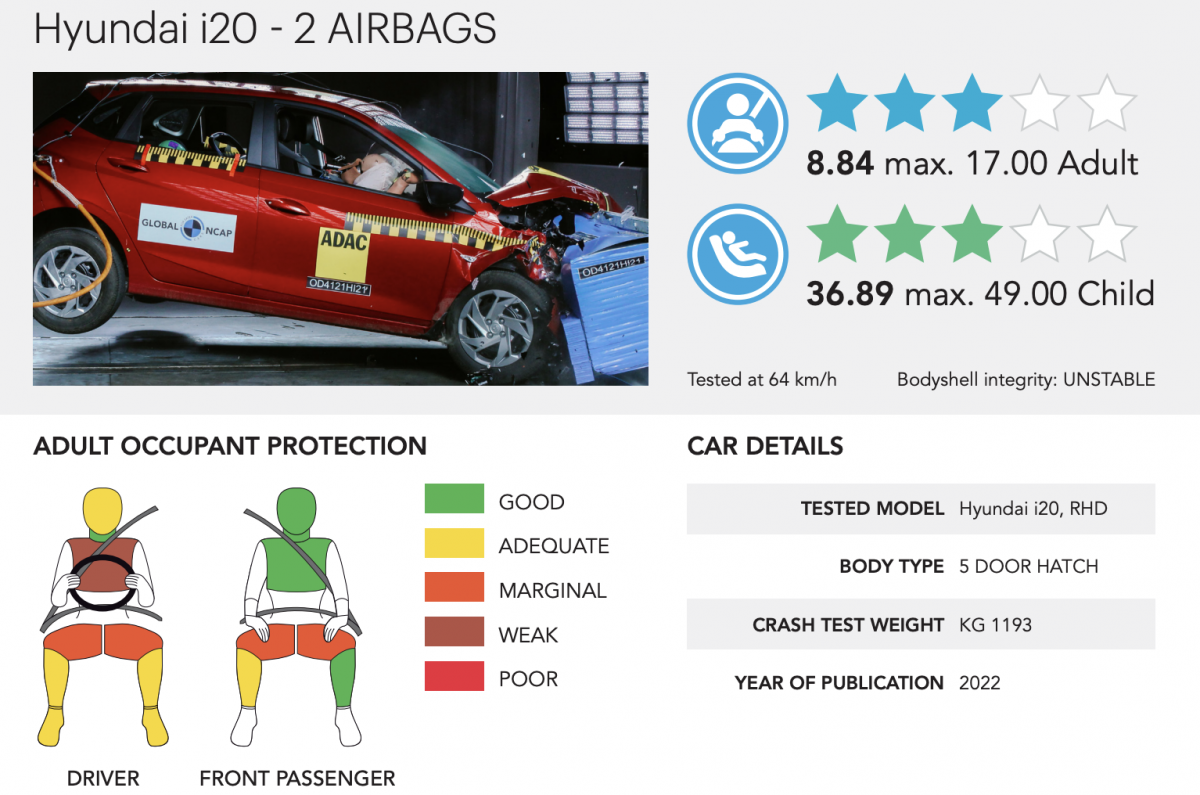 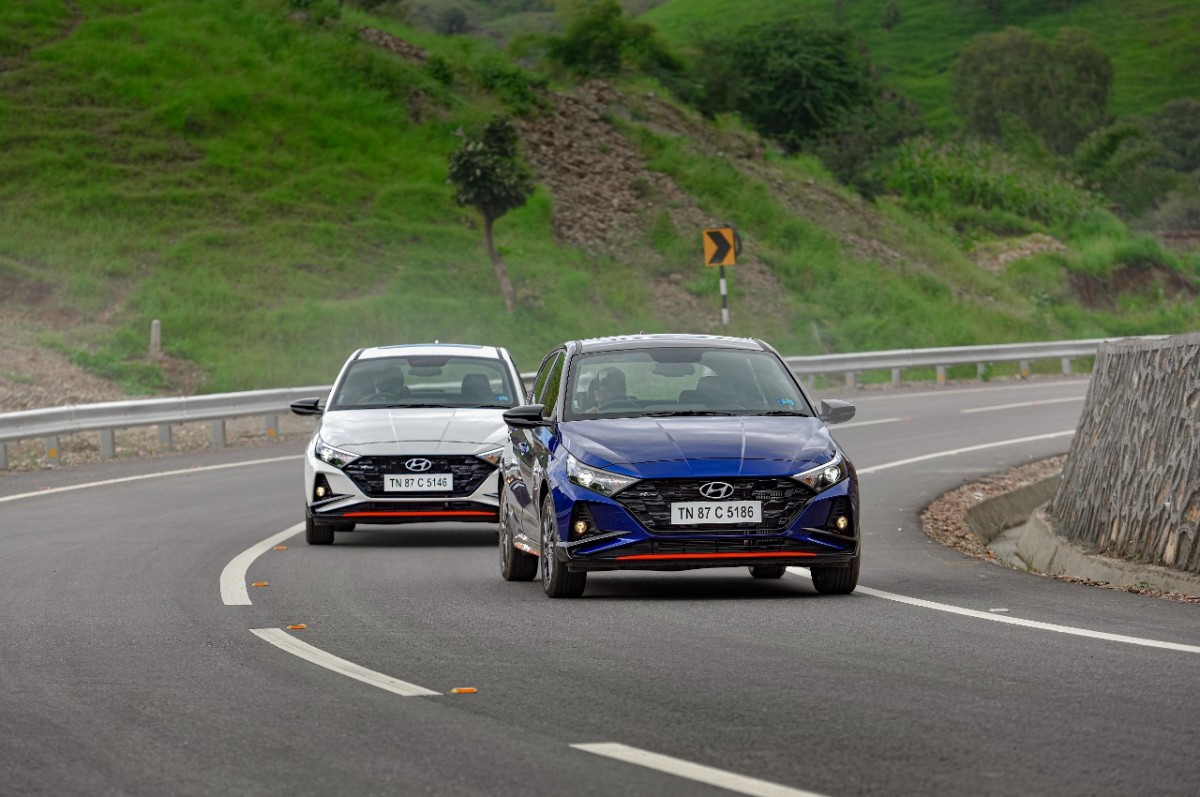