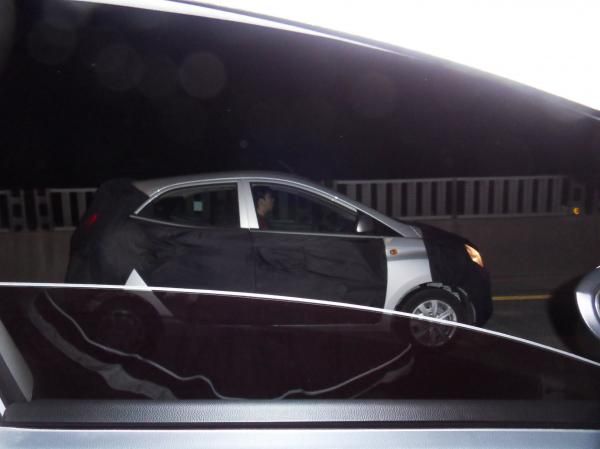 Hyundai launched the Eon in India in 2011, and the entry level hatchback from the Hyundai stable is now in for a facelift. Images have surfaced on the internet of the Eon facelift testing on the streets, but on international soil. Expect the Eon facelift to hit the Indian streets by mid-2015.

Maruti however has taken the game a bit higher, by adding an AMT gearbox in the Alto K10. Will be interesting to note what is Hyundai’s answer to this.