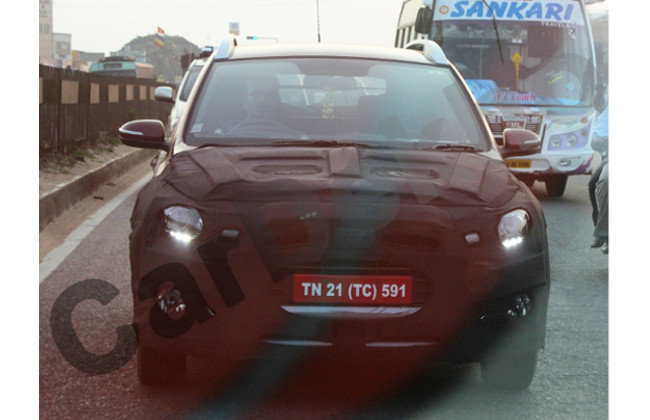 The Hyundai Elite i20 Cross has been spotted testing yet again, but this time, the test mule has revealed it’s LED DRL.

Apart from LED DRLs, the crossover will also feature projector headlamps much like the European model of the i20.

The camouflage used on the test mule is typical of Hyundai with a raised tail section. On the test mule, you can also find body cladding over the front wheel arch and chunky roof rails. The car also seems to be riding taller and hence, the ground clearance also seems to be worked upon. The car sports new alloy wheel design, ORVM with LED turn indicators, functional rear fog lamps on the rear bumper, slightly different window sills, blackneed b-pillars and tail lamps look similar to the Elite i20 (from what is visible). Number plate is mounted conventionally on the rear bumper unlike the higher placement on the ix25.

Powertrains are expected to be the same 1.2L petrol and 1.4L diesel engines producing 82 BHP and 89 BHP respectively.

Once launched, the i20 Cross will fight against the VW Cross Polo, Toyota Etios Cross, Fiat Avventura and the upcoming Maruti Suzuki SX4 Cross. 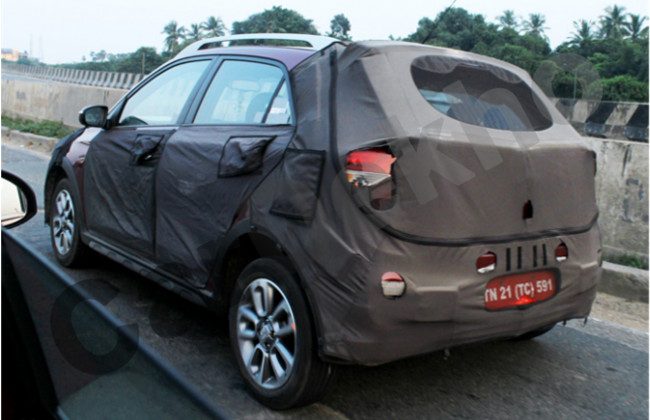 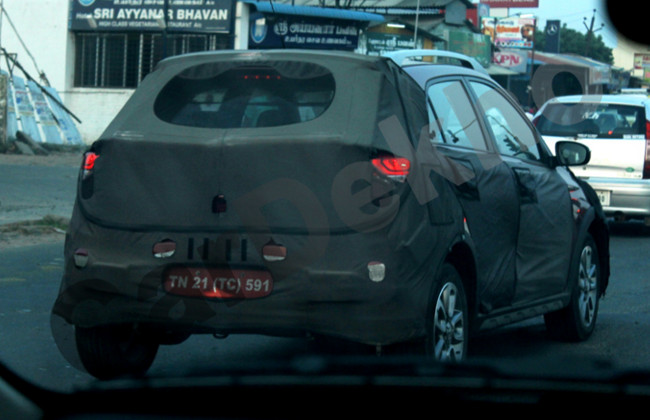