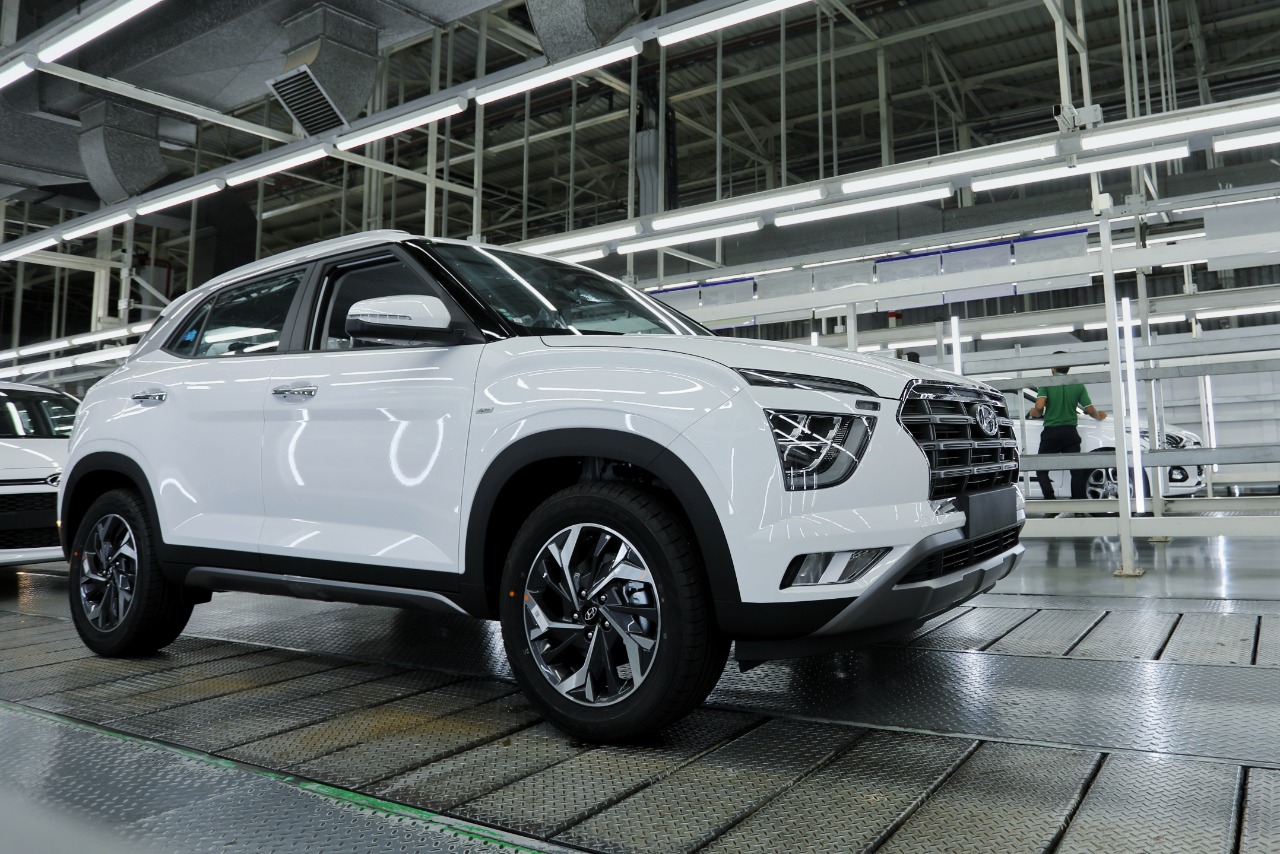 The Hyundai Creta when launched was a game changer, not just in the SUV segment, but even for the brand itself because of which their average selling price for cars shot up by a big margin. Now, Hyundai is all set to launch the 2nd generation Creta in India, also known as the IX25 in other markets. While the launch is still more than a week away, Hyundai has announced that they have ramped up their production capacity for the Creta to avoid long waiting periods, and deliver cars faster to the potential customer. Well, they need to do this because the customer is now spoiled with choices, especially when the Kia Seltos is just so good.

Production for the Hyundai Creta has begun at the plant in Chennai and this SUV will have majority of the components manufactured in India. The SUV is made of advanced high strength steel with a new superstructure for a stance unlike the old Creta. The new Creta promises to be stronger than the old model with better panel form quality. The new Creta is built using 4th generation robots with 100% automation for welding in the car. The plant is operational for 295 days in a year with 3 shifts and open on 6 days a week. Hyundai has used all the latest technology for manufacturing the new Creta to the highest of standards and the paint shop is equipped to offer this car in 10 paint options including 2 dual-tone colour schemes.

The Hyundai Creta as we have told you many times before will be sharing the powertrain with the Kia Seltos. The Creta will come with a 1.5L, U2, CRDi diesel engine, 1.5L, MPi, naturally aspirated petrol engine and a 1.4L, Kappa Turbo GDi petrol engine; all of which will be BS6 compliant. Hyundai manufactures the petrol and diesel engines in India with the use of nearly 700 CNC machines to produce parts.

With more than 200,000 points captured for vehicle inspection, Hyundai has prime focus on quality control.