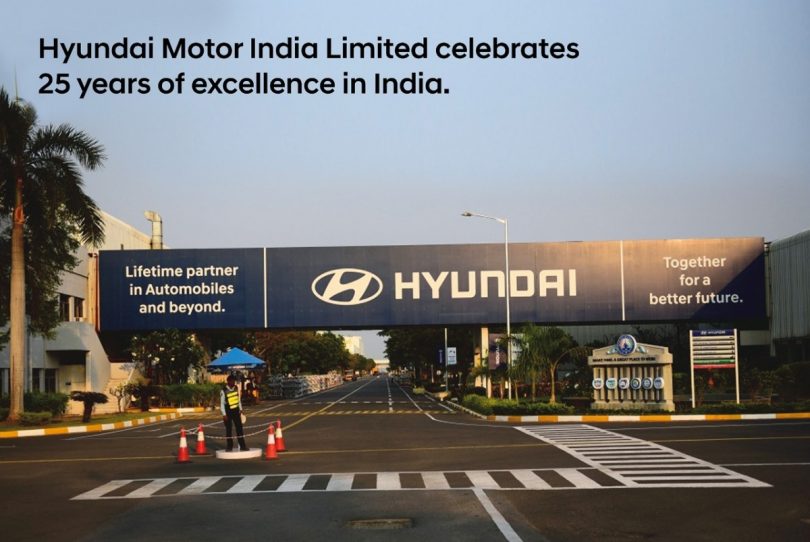 Hyundai Motor India Limited (HMIL) commenced its journey in the Indian market when HMIL officials laid the foundation of the company on 6th May 1996. The brand is now celebrating 25 years of its existence in the Indian since the company began from the manufacturing facility at Irungattukkottai in Sriperumbudur, Tamil Nadu.

The brand has since rolled-out 9 Million units of the Hyundai cars with investments of over USD 4 Billion. In the Indian market, Hyundai has 1,154 sales outlets as well as 1,298 service outlets and the brand has sold more than 180,237 Units of SUVs in the Indian market in the Calendar Year 2020. Hyundai also exports its vehicles to 88 countries across the globe. Hyundai exported 500,000 units in 2008, 1 Million in 2010, 2 Million in 2014 and 3 Million in 2020 showcasing its commitment towards the Make In India model.

Hyundai began operating the manufacturing facility at Irungattukkottai, Tamil Nadu in 1998, and the production facility became the brand’s first integrated car manufacturing plant outside South Korea. The mega factory is spread across 540 acres of land and has an installed capacity of producing 7.5 lakh units annually. To date, the factory has churned out 9 Million units of Hyundai cars. The factory has produced iconic products such as the ‘Tall Boy’ Santro which is the first car in the Indian market to come with an MPFI (Multi-Point Fuel Injection) engine. In CY2020, Hyundai achieved the highest ever market share of 17.4 % becoming a household name in India.

The Irungattukkottai plant in Sriperumbudur, Tamil Nadu takes a number of measures to protect the environment as well as employs state-of-the-art technology such as the utilization of AI in robotics automation for car manufacturing. The Smart Factory houses over 650 fourth-generation robots that enable the brand to churn out close to 71,000 units in December 2020 which is the highest output in a single month. The brand is also taking care of sustainability by employing eco-friendly railway route for vehicle transport, Zero wastage with 100% water recirculation, rainwater harvesting systems and 33% of the physical expanse of the factory being under green cover. Hyundai will also utilize energy from renewable sources by 85% from this year. 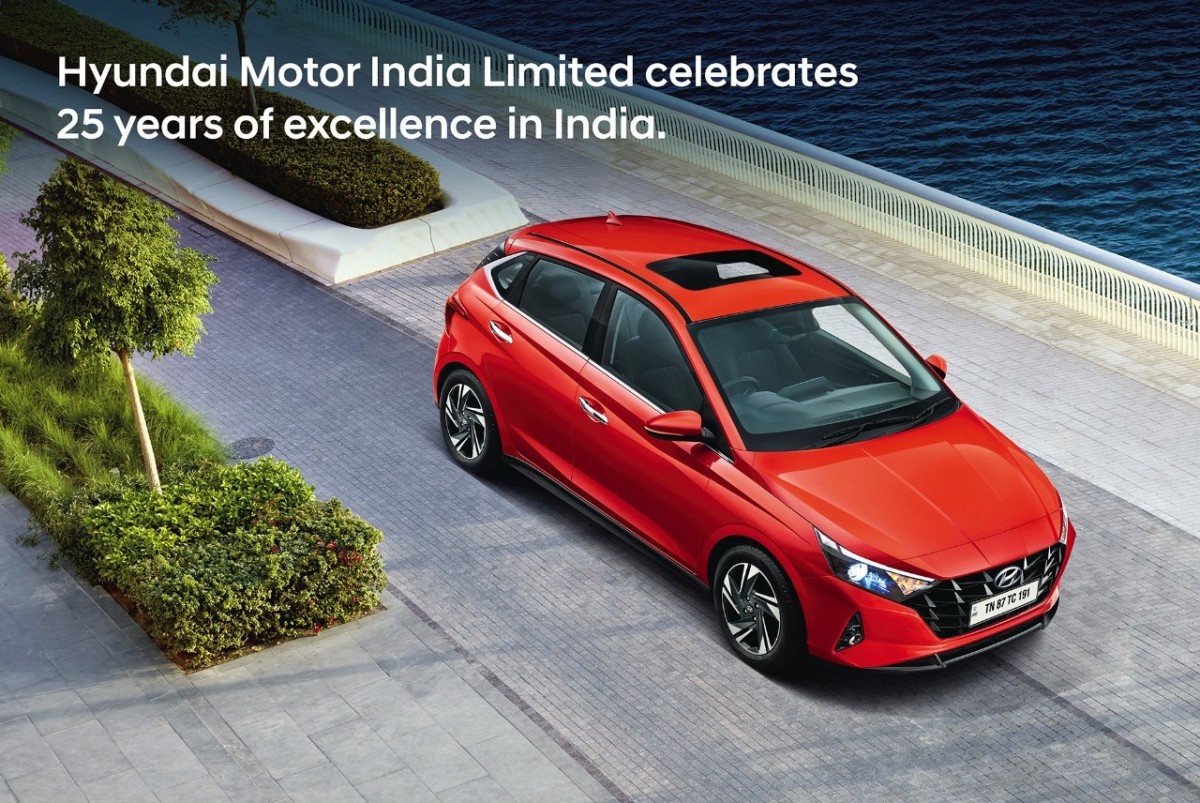