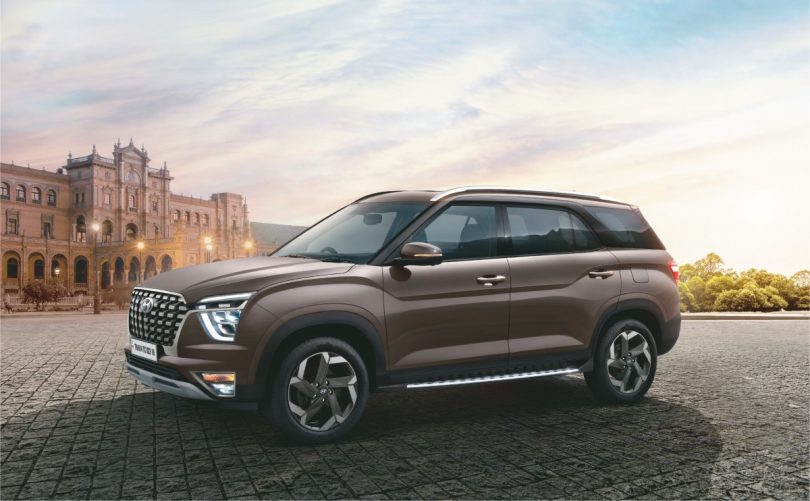 Hyundai will sell the all-new Alcazar running on Apollo’s Apterra Cross tyres. Alcazar is making big headlines in the market because of its long list of features and equipment list. But, tyres which are the only part that is in contact with the roads, play a critical role as well. The launch of Apollo’s Apterra Cross happened in March this year. This set of tyres are built especially for the fast-growing SUV segment. Alcazar is the first OE fitment approval received for Apterra Cross tyres. A recent study revealed that the current SUV tyre market in India is around 4,00,000 tyres per month, with figures growing steadily as days pass on.

The company also mentioned that these tyres had undergone intensive research at their Global R&D Centre in Chennai. This research was focused on the usage pattern of compact-SUV owners. Apollo’s manufacturing facility in Oragadam, Tamil Nadu, will produce these new Apterra Cross tyres, and as per plans, it will also export them to the ASEAN and SAARC markets.

Apollo Apterra Cross tyres use a twin steel belt with JSP protection which reduces the chances of a tyre puncture. The tread made from an abrasion-resistance multi-polymer substance also claims to increase the tyre’s longevity. To help reduce the damage caused by unexpected potholes, Apollo is using a rounder contact patch. Apollo has also worked on the design of these tyres, which makes them look much more rugged, thus matching the SUV’s overall bold & tough appearance.

Apollo Apterra Cross will be available with a host of other SUVs other than the Alcazar. Alongside side this, these tyres are also available in various other sizes. Customers can also visit Apollo Tyre’s official website and buy their choice of tyres online. 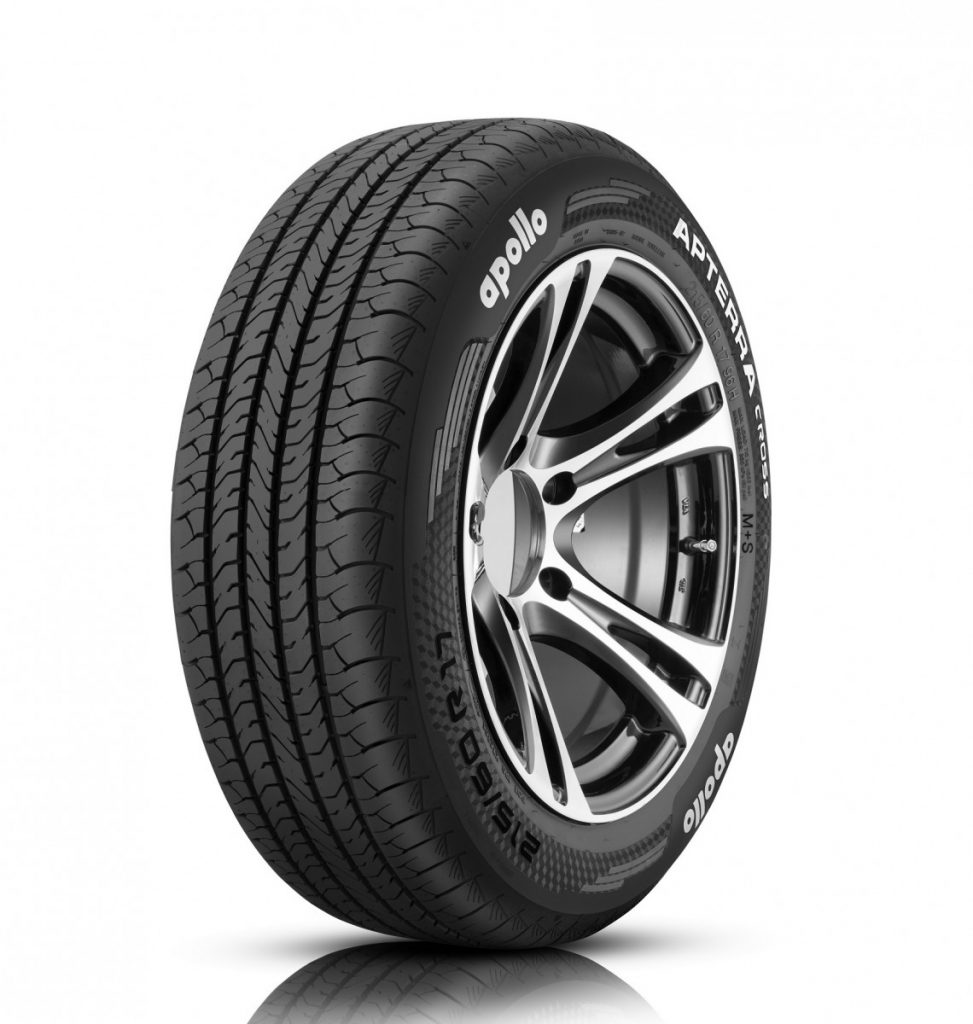 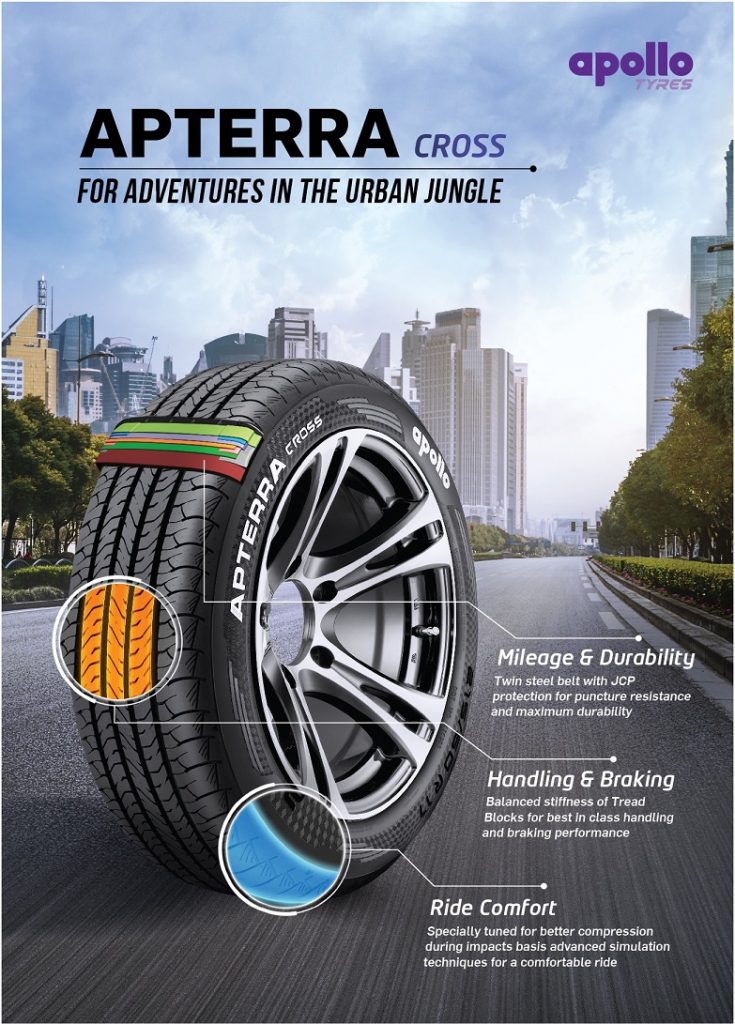