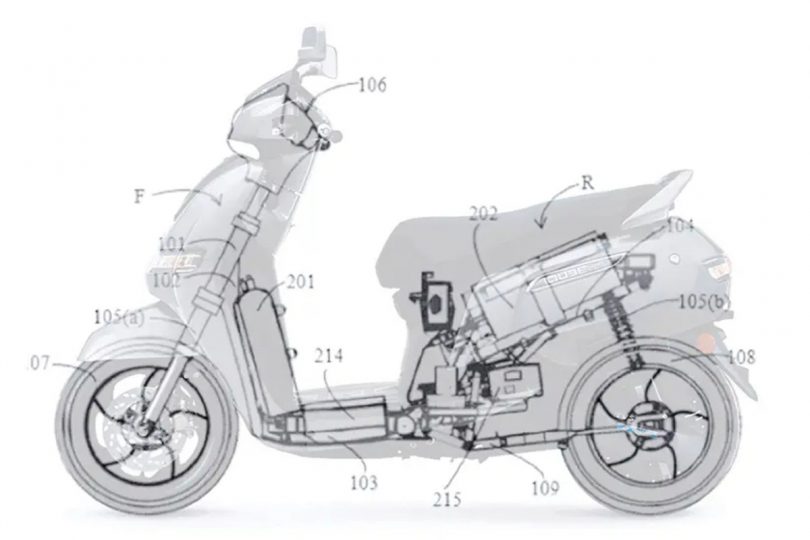 While there’s an increasing demand for electric scooters and motorcycles worldwide, there are other alternatives as well. Though most Indian two wheeler-manufacturers are developing electric two-wheelers, TVS is going on another route altogether. TVS already has an electric scooter in its lineup, and now it is looking at another alternative fuel option. According to a leaked patent, TVS is working on a hydrogen-powered scooter.

Hydrogen-Powered TVS Scooter Leaked Patents – What Do We See?

The leaked patent image shows that it will pack two hydrogen canisters inside the bodywork. Users will be able to fill these like any normal scooter at a hydrogen refuelling station. The two cans are also connected via a pipe. We also see the nozzle that sits above it and will be the tank’s opening. The images also show that it will use a hub-mounted motor, similar to iQube.

As of now, there are no publically available hydrogen fuel stations. Also, hydrogen-powered two-wheelers still have a long way to go compared to the fast-growing EV market and technologies. Hence, the chances of the hydrogen-powered TVS scooter heading to India are very slim.

TVS continues the development of its iQube electric scooter in India. At the end of May 2022, TVS launched the 2022 iQube in India. The 2022 iQube came in three variants – iQube, iQube S and iQube ST. The biggest updates for the 2022 model were an increase in battery size and additional features. TVS claims the iQube and iQube S offer an on-road range of 100 km. Meanwhile, TVS claims the iQube ST, with its 5.1 kWh battery pack, will offer 140 km of on-road range. 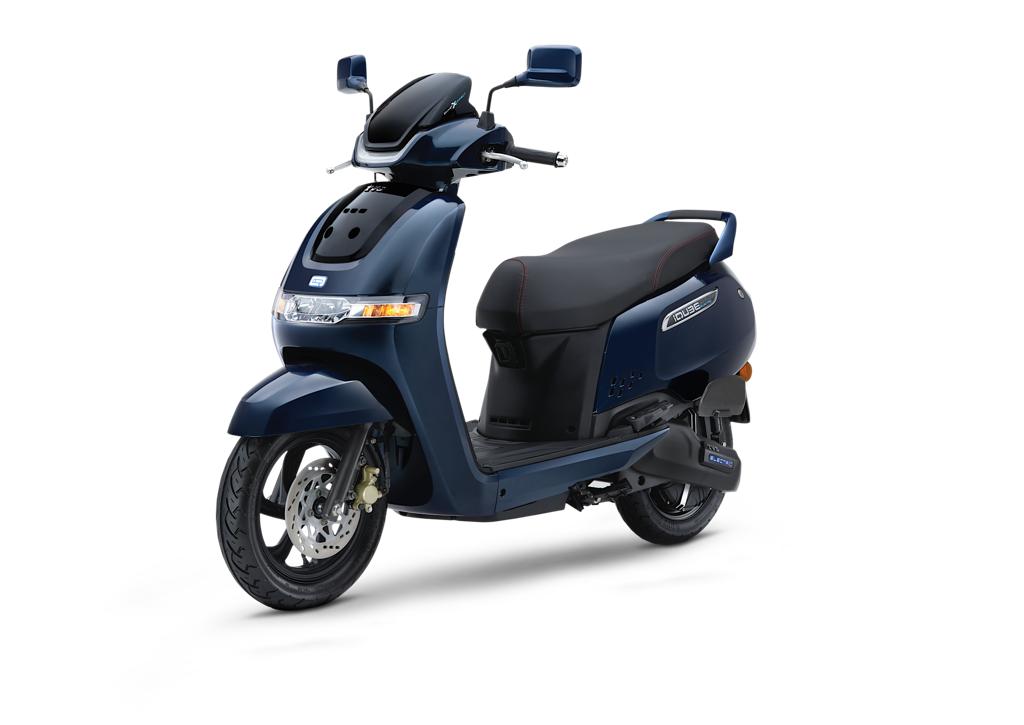