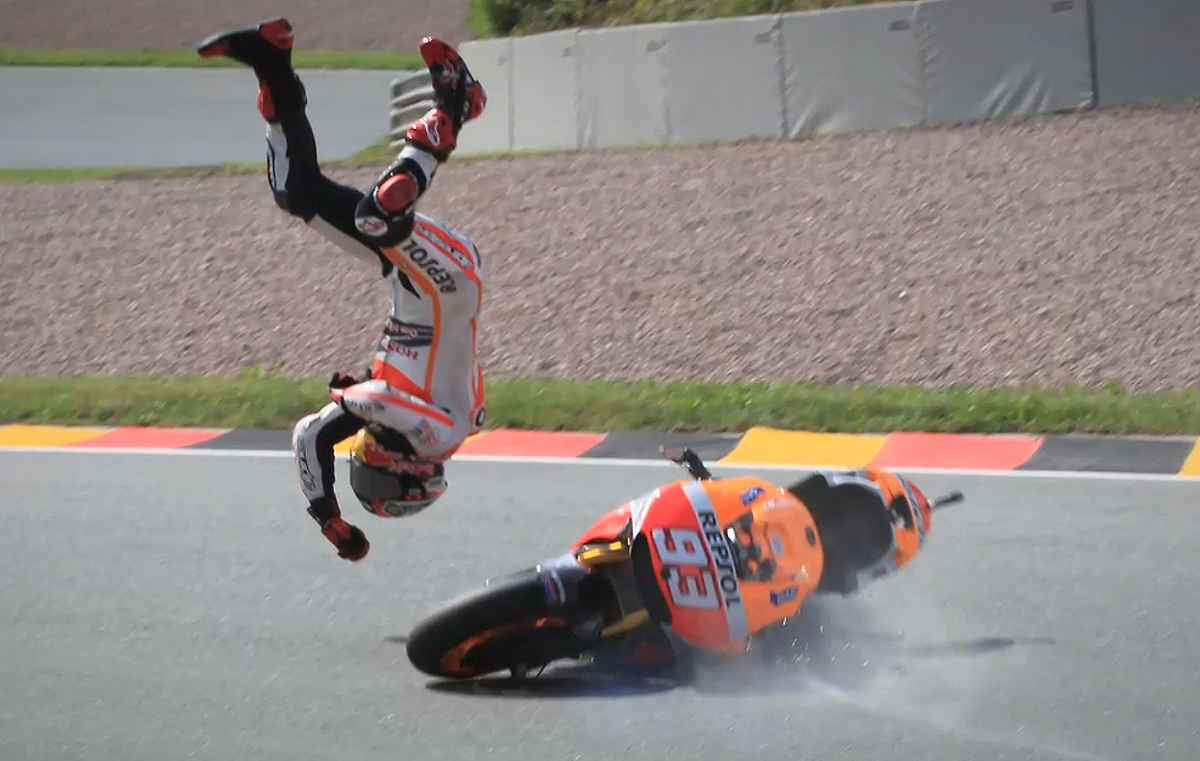 They say there are two kinds of riders, ones who have crashed and the ones who are going to crash. Crashing is inevitable, especially when you’re learning how to ride. That’s why we always recommend full riding gear. Helmet, jacket, gloves, boots and protective pants should be worn at all times if you’re touring in the city. A full one piece leather suit with boots and gloves recommended for riding on the tracks.

Now people have asked us is there a way to minimize injury during an event of a crash. Well realistically speaking, one does not have much options when you crash. Each scenario is different and the possibilities of how one crashes are endless. But there are chances that you may minimize some damage with some presence of mind in case of a crash. Here are some tips which could help

Well, all these tips do not guarantee you minimal injury. As we said earlier, if you do kiss the tarmac there’s not much you can do and hope you land okay. What you CAN do is prevent the crash. Follow all traffic rules, ride safely and responsibly on the street. Always wear full gear and if you want to ride fast and hard, take it to the racetrack. Crashes on the racetrack are less punishing than on the street.