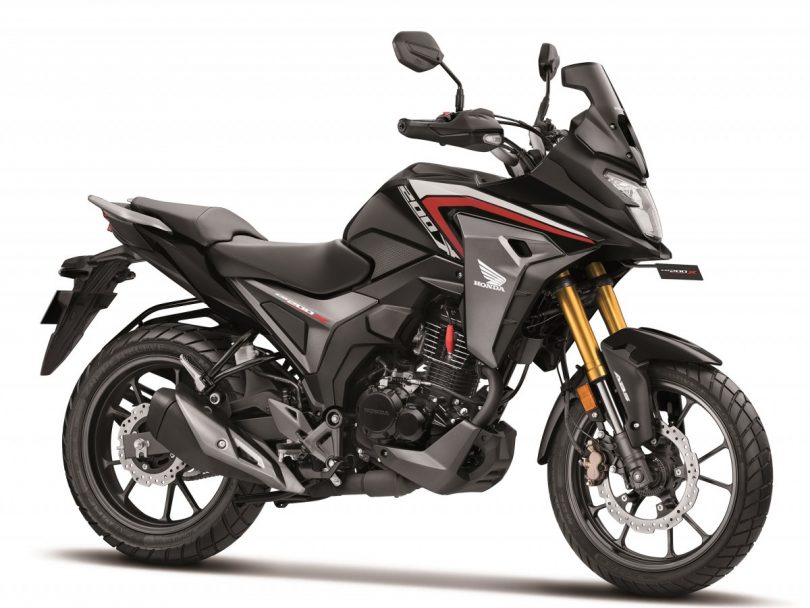 Honda Dual-Sport Bike Design Patents – What Do We See?

The patents show the bike using the same 184.4cc engine as the Hornet 2.0. However, the rest of the bike is very different from the Hornet 2.0 and CB200X. The motorcycle in the patent drawing gets a much higher ground clearance, a high-mounted exhaust and a long-travel suspension. More importantly, it also features wire-spoke wheels. Though it is not confirmed, the front rim appears to be a 19-inch unit. The single-downtube chassis and the box-section swingarm design remain or at least look the same.

Other design elements hinting at the off-road focus include a long single-piece seat, a sump guard, hand-guards, a rear luggage rack and a front windscreen. The front of the bike features an Africa Twin-like beak-less design. The bodywork features minimal stylised elements and looks purposeful.

The drawings also show a full-digital instrument cluster. There are high chances the LCD unit will be similar to the one on the CB200X and Hornet. Similarly, the bike will get LED lighting all around. Also standard will be a single-channel ABS.

Using the CB200X as its base, the model will most likely get the same engine. The leaked design patents also confirm this, as the engine looks identical. The only visible difference is the different exhaust routing. If Honda does not make any changes to the engine, it will continue to produce 17 HP and 16 Nm of torque. The engine is not known for its top-end power but for its bottom end torque. Hence, the engine will be a good fit for the dual-sport application.

As far as pricing goes, Honda could price it around the same as the CB200X. The Honda CB200X currently gets a sticker price of INR 1.46 lakh ex-showroom. If Honda prices it in the same range, it will be around INR 15,000 more than the XPulse 200 4V.

Also Read: Honda has a new middle-weight adventure motorcycle in the making 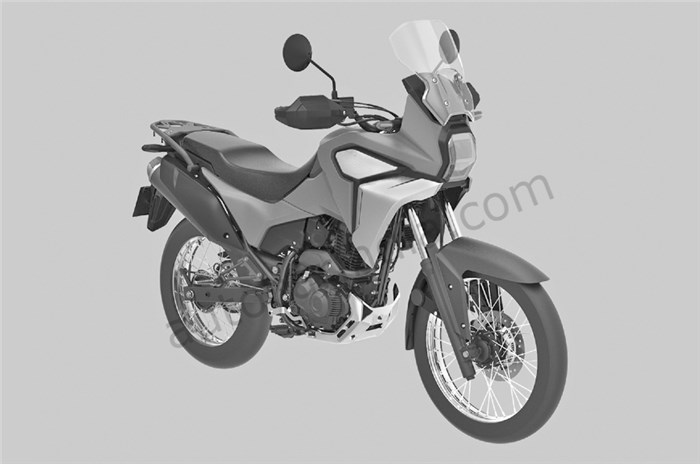 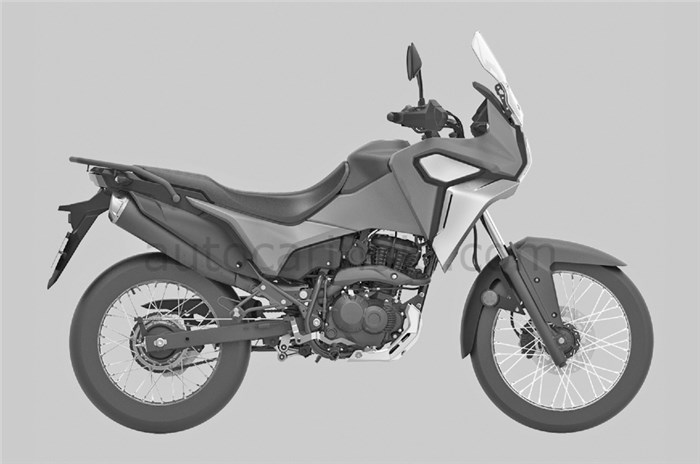 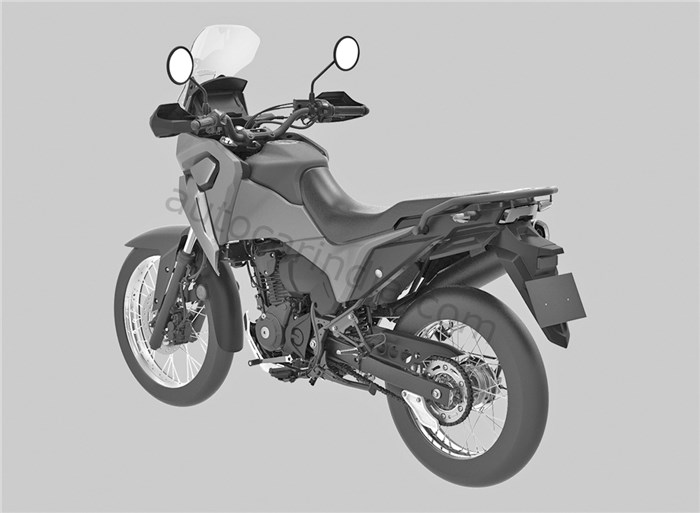