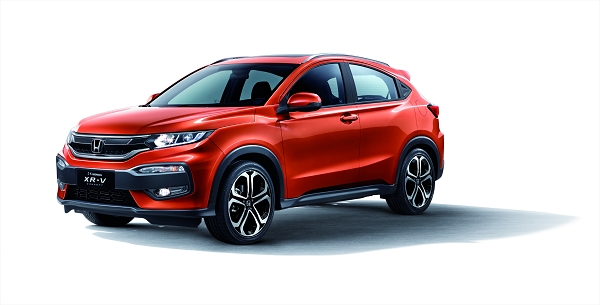 Honda has already mentioned that the Vezel crossover will not make it to the Indian market. However, images of the new XR-V crossover which have surfaced on the internet suggest that this could be Honda’s answer to the compact SUV segment in India.

If launched in India, expect the XR-V to be driven by the same diesel and petrol engines currently being used by the Honda City. A 1.5L i-VTEC petrol and a 1.5L i-DTEC diesel.

The XR-V gets typical SUV-like styling unlike the Vezel’s coupe-like styling. From the front, the XR-V looks similar to the previous generation Honda CR-V. At the front, you have a prominent front grille divided into two, sleek headlamps with twin-pot design, fog lamps and LED DRLs separated by black cladding on the bumper. The car gets the black cladding all-around as a body skirting. Images of the rear profile are not available yet, however, expect a bold styling even at the back.

The XR-V will not fall into the sub-4 metre SUV category and hence, expect pricing to be on the higher side compared to the Ford EcoSport. The XR-V measures 4,275mm in length, 1,770mm in width and 1,605m in height.

With Hyundai already testing the ix25 compact SUV in India, and Maruti readying the SX4 S-Cross and XA Alpha; Honda needs to work a little faster for this segment before it gets too crowded.