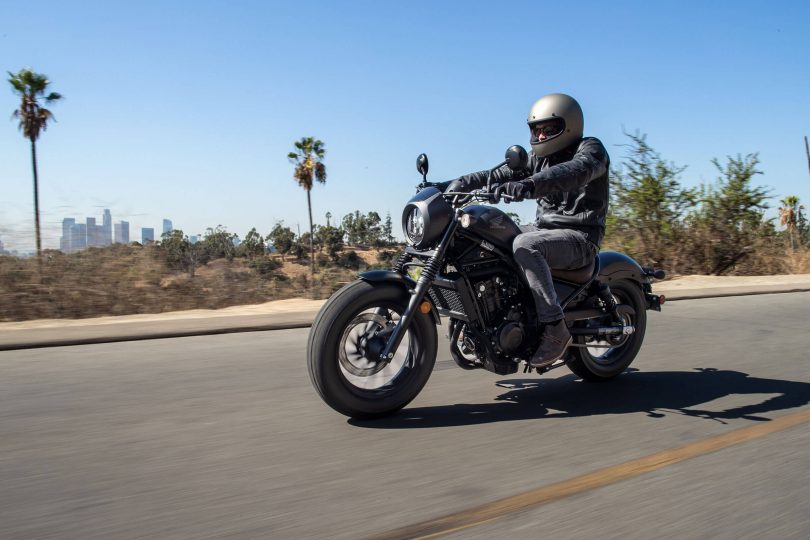 According to the leaked patent, the Rebel is likely to use a parallel-twin motor from the CRF1100L Africa Twin. Furthermore, the twin-cylinder motor is likely to have 270-degree of phasing on the crankshaft to produce a V-twin-like thump and power delivery. But purists will beg to differ. If the brand plans to use the powertrain from the Africa Twin it could also equip the motorcycle with a DCT automatic transmission.

The engine in the patent images appears to be the DCT version, looking at the clutch side covers, typical of the DCT motor and the pipework associated with the automatic transmission engine. A cruiser motorcycle with an automatic DCT engine is expected to gain the likeness of highway touring enthusiasts and compete with large cruisers in the North American market.

If the Rebel borrows the powertrain from the CRF1100L Africa Twin it is expected to be tuned to produce more torque in the lower rev range for more cruiser-like rideability. The 1084cc parallel-twin, liquid-cooled 4-stroke engine produces 98.2 hp of power and 103.3 Nm of peak torque. The Rebel 1100 is likely to feature the same easy rider design and styling cues but the mechanical bits are likely to get a thorough update. The suspension and brakes are also likely to be updated to manage the extra weight of the larger engine as well as to provide the stopping power for the larger more powerful engine. 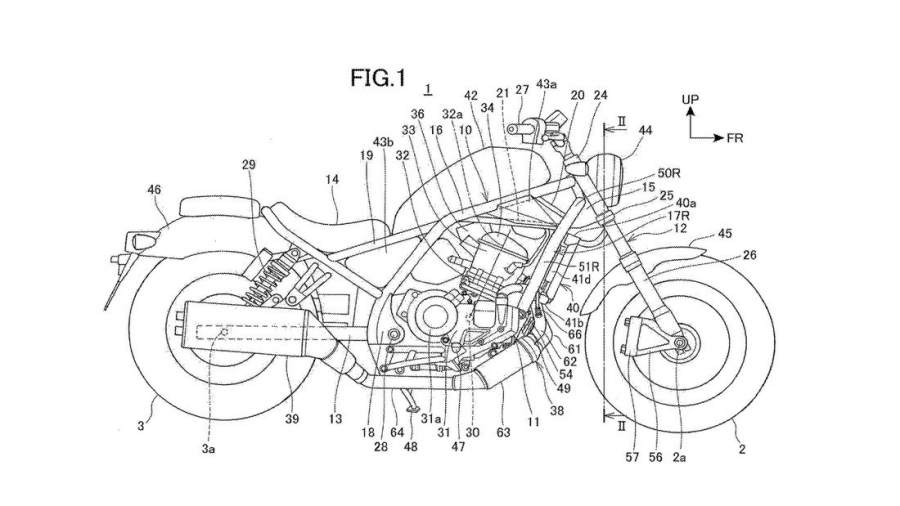 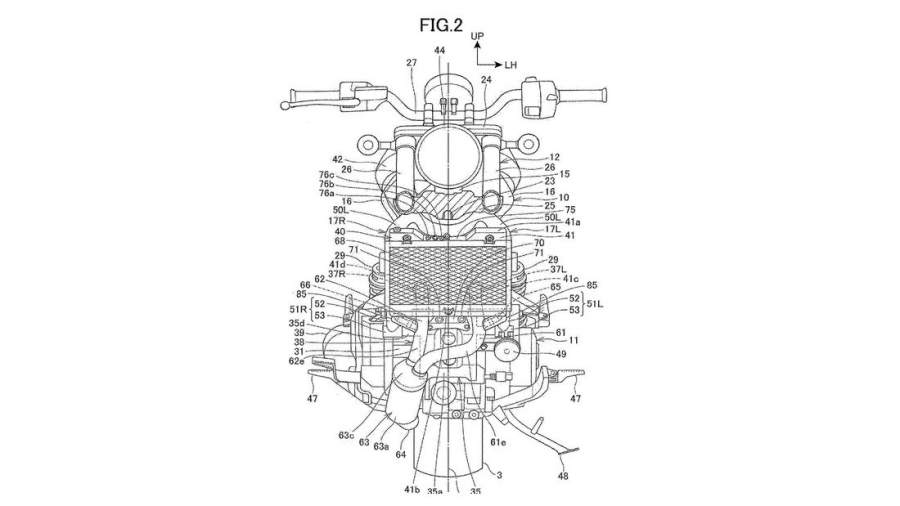