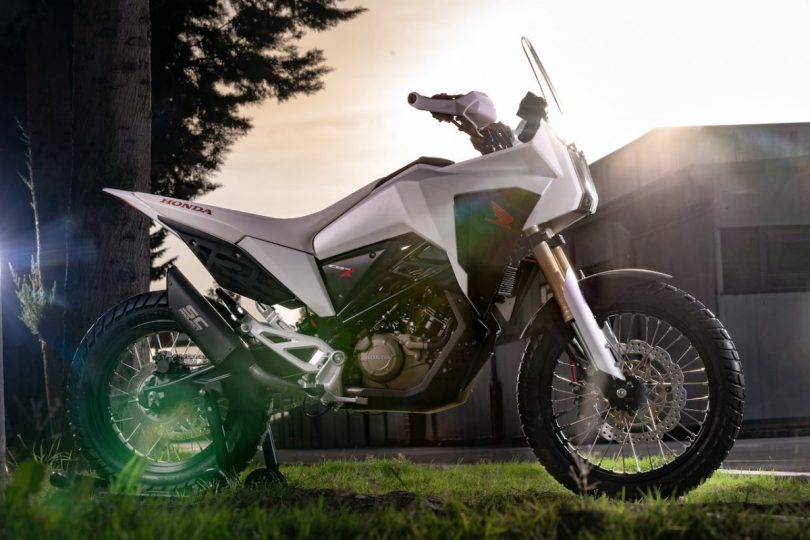 Honda has filed patents for a new moniker at the Indian Intellectual Property office. The brand has registered the ‘NX200’ name under the Nice classification 12 which means a new motorcycle is coming to the Indian market soon. While we don’t know for certain where Honda is likely to position the new motorcycle. Speculations are that the NX200 is likely to be an adventure motorcycle that will rival the Hero MotoCorp Xpulse 200 in India.

Honda’s Plan for the Adventure Segment

The Honda NX200 could be based on the Honda Hornet 2.0 introduced last year in India. But the NX200 could be an adventure motorcycle that shares its engine and platform with the Hornet 2.0. During the presentation of the CX-02 concept, Honda revealed that the brand wants to bring an adventure motorcycle to Indian streets. The new motorcycle will directly compete with the Hero MotoCorp Xpulse 200, a segment that is unrivalled at the moment.

The NX200 could use the same BS6 compliant 184.4cc air-cooled single-cylinder engine from the Hornet 2.0. The engine features 8 onboard sensors as well as programmed fuel injection technology that helps produce 17 Hp of power and 16.1 Nm of torque. The motor comes with a 5-speed transmission. The motorcycle is also likely to use the same diamond frame from the Hornet 2.0, but the suspension could be tweaked for on- and off-road terrain. The gold finish upside-down fork is likely to carry over on the NX200, but feature a longer wheel travel. The motorcycle is also likely to come with disc brakes on both ends with switchable ABS technology.

The Honda NX200 is likely to come with a proper adventure design instead of the Xpulse 200’s enduro styling. The motorcycle could draw inspiration from the Honda CB190X sold in China. The NX200 could come with a large front fascia with a small beak. The motorcycle is likely to feature LED headlamps and LED taillamps. The design features also include a tall touring style a sleek tail and bench seating. The brand is also likely to offer a digital instruments cluster.

More details on the motorcycle will be available in the near future. 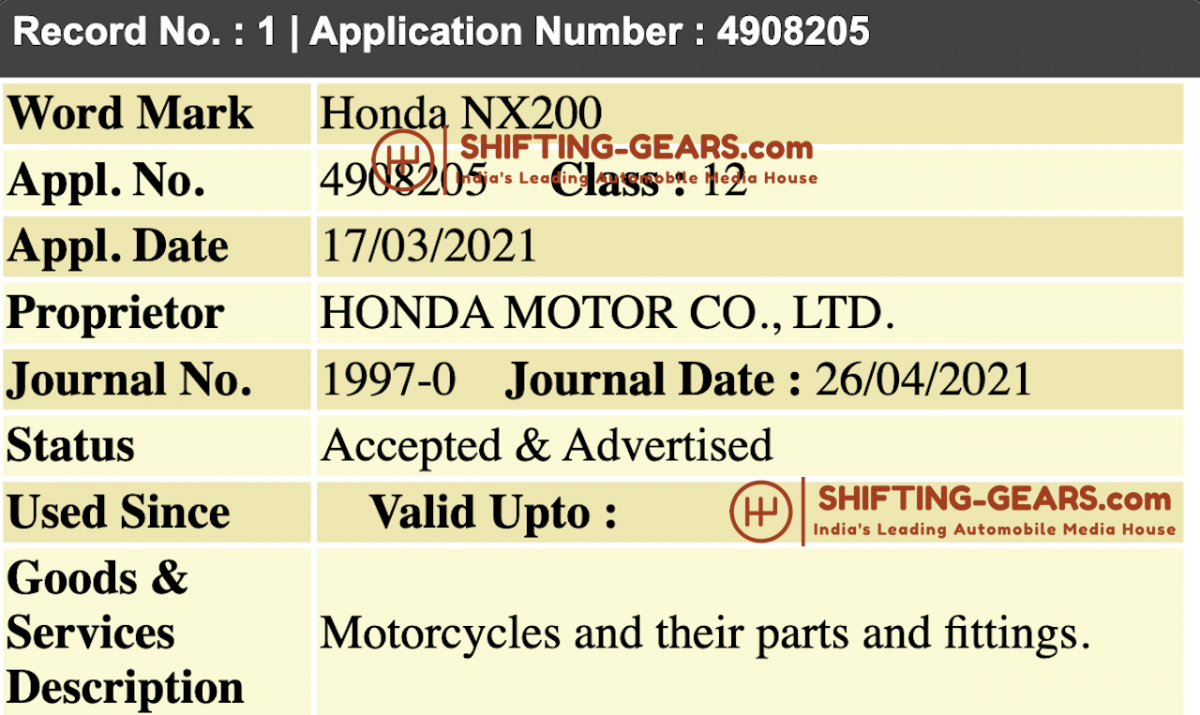