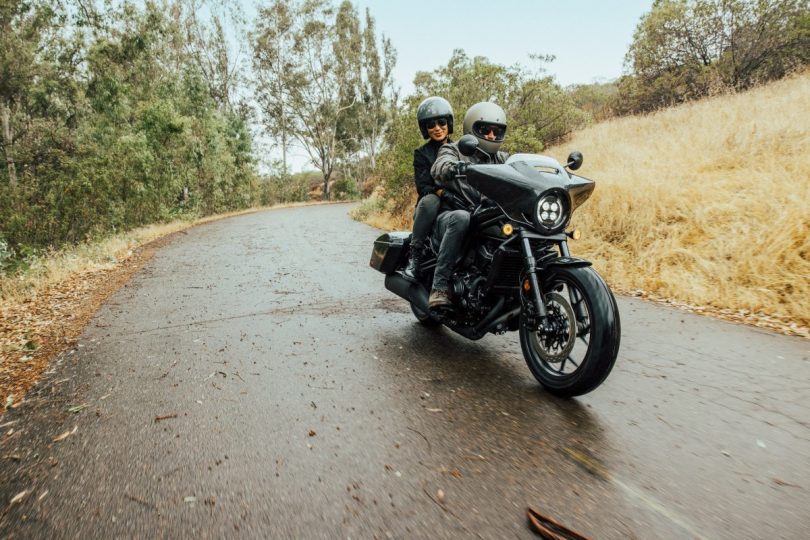 Honda has added a new offering to their CMX1100 Rebel range. The latest addition is a new touring model that is complete with luggage and a subtle half-fairing wrapped around the upright bars.

Named CMX1100T (Touring), this new machine wears the ‘Gunmetal Black Metallic’. The motorcycle uses the standard 1100 as a base. Thus we get to see a lot of shared parts. This includes the same diamond chassis, gentle 700mm seat height and Africa Twin-derived 1084 cc 8v parallel twin engine.

We saw the CMX1100T (Touring) for the first time during Honda’s press conference at the Eicma trade show. The new model uses a 2700-degree crank for more of a V-twin mimicking grumble. This Euro5-compliant motor makes 85.3 BHP. The fuel capacity of the motorcycle stands at 13.6-litre, sloshing above the low rider’s seat. Braking power comes from four-piston callipers. We have 330mm floating discs on the front, whereas there’s a single-piston calliper and a 256mm disc at the rear. Dual-channel ABS is a standard fitment for the motorcycle.

Key Highlights Of The Motorcycle

CMX1100T (Touring) makes use of the new minimalist half-fairing. This mounts to the conventional forks and wraps around the upright bars to deliver a slice of faux Americana. For the first impression, the motorcycle has a profile similar to Harley-Davidson’s Low Rider ST. As of now, we do not have the pricing for the CMX1100T. But we understand it will likely be much cheaper than the 102bhp Harley. The front bodywork gets a small flyscreen. Where in the whole unit wraps around the front LED headlight.

There are 16 litres to the right and 19 litres to the left. This makes up an additional 11 litres of holding space as compared to the nylon accessory saddle bags available for the standard Rebel. The smaller bag gives the convenience for the accommodation of the twin-exit low-slung exhaust. 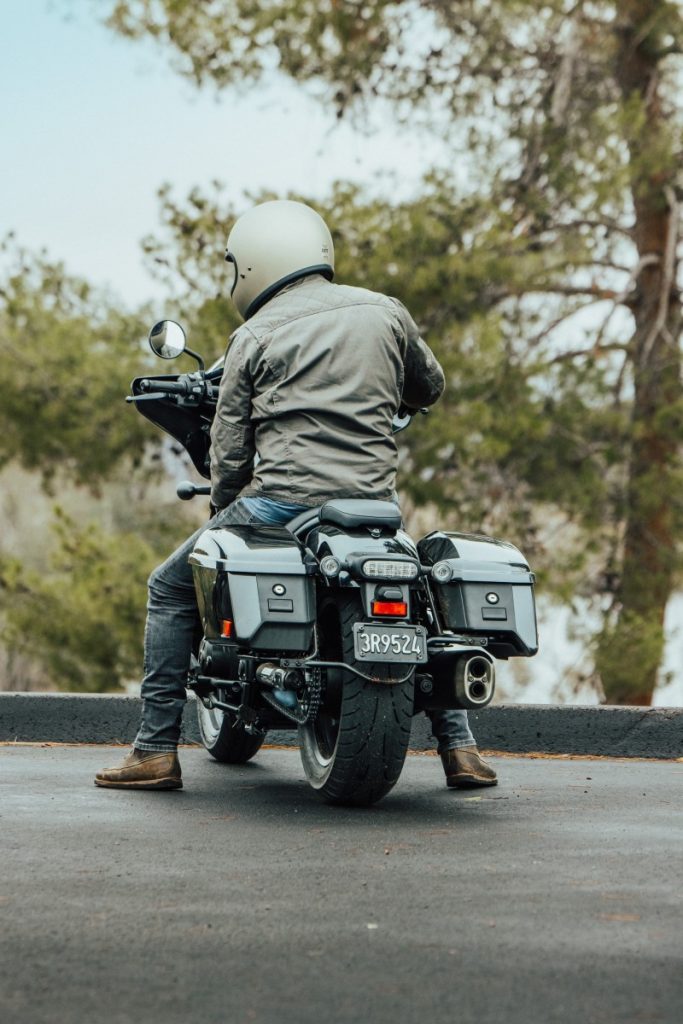 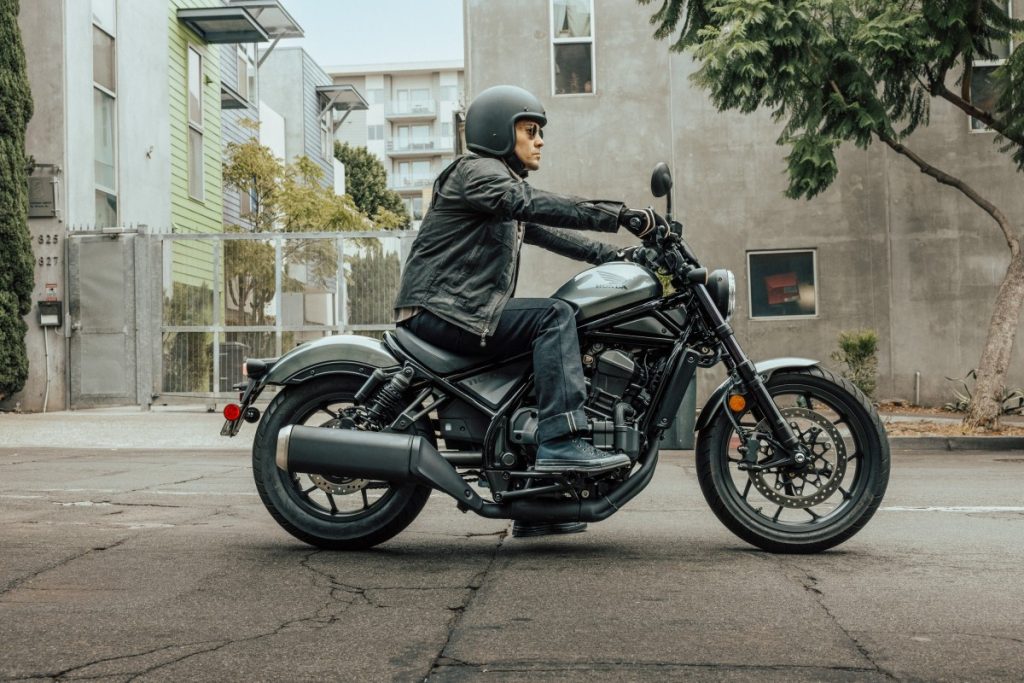 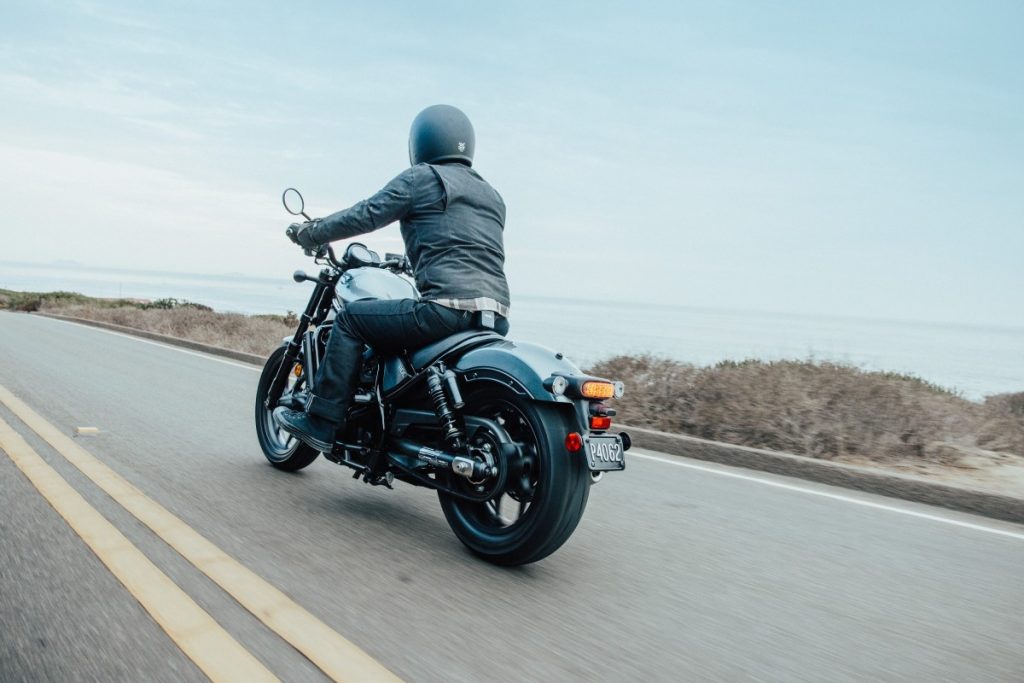 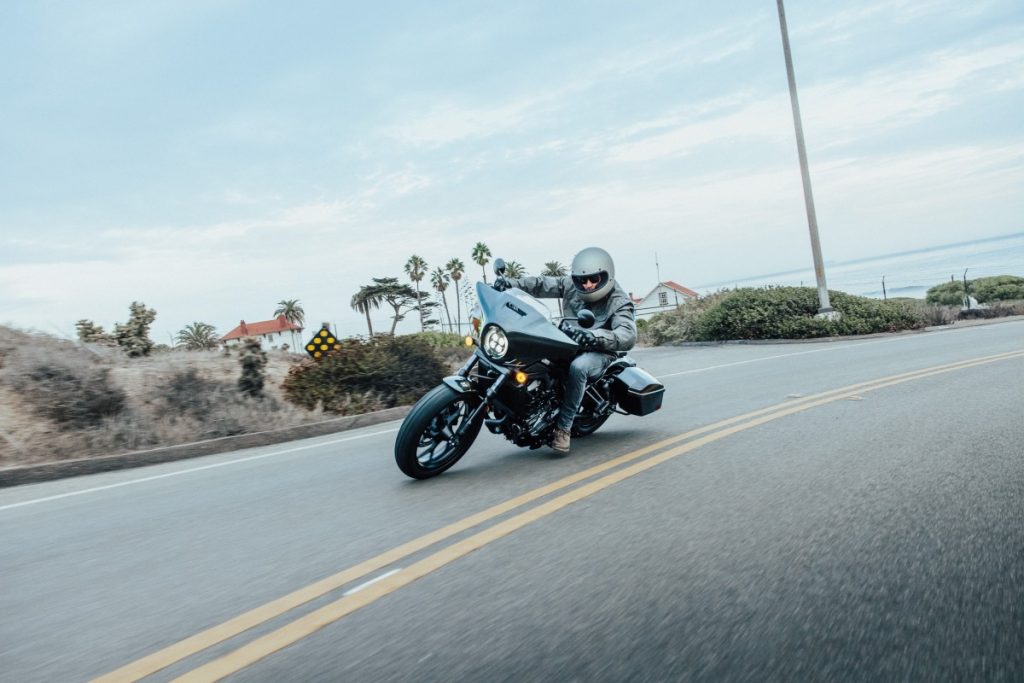