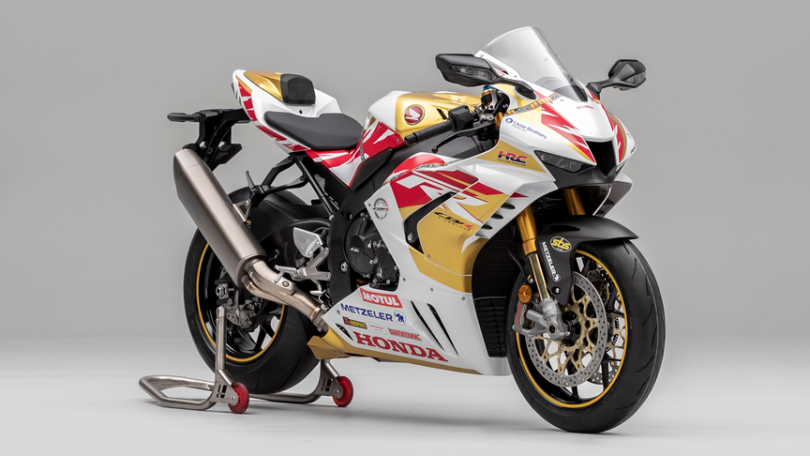 Honda has announced a new limited edition of the CBR1000RR-R. The CBR1000RR-R Fireblade SP John McGuinness Edition celebrated the 100th TT race start of the legendary racer, John McGuinness. Only 30 units of the bike will be produced and will be available worldwide.

The bike is essentially the replica of John McGuinness’ TT race bike. It gets the same track-ready design along with cosmetic updates. The paint scheme is the same as that of the actual race bike and gets Gold detailing along with McGuinness’ 100 TT race start and other sponsor decals.

In terms of parts, the bike gets carbon fibre front and rear fenders, as well as a rear seat cowl. There is also a unique numbered plaque on the handlebar clamp and John McGuinness’ signature on the airbox.

Honda has put in a 1000cc liquid-cooled inline-four engine in this bike. For the sake of comparison, the stoke bike makes 214 BHP and a maximum torque of 113 Nm. The TT version of this bike gets some performance upgrades as well as an Akrapovic exhaust system.

The front shockers consist of 43mm USD forks from Ohlind, while the rear gets a TT-36 rear shocker. Parts from Brembo handle braking duties. Honda will be giving Metzeler Racetec RR tyres with the bike and also be providing the original tyres.

To wrap things up, Honda will also give a custom-made Fireblade garage mat and an indoor body cover to the buyers of the Honda CBR1000RR-R Fireblade SP John McGuinness Edition.

As only 30 units have been commissioned, it is very unlikely that it will be sold in India. While the price has yet to be announced, the base model bike is sold for INR 23,55,000 (ex-showroom, Mumbai) in India. Hence we can expect a fair bit of premium over the standard version. 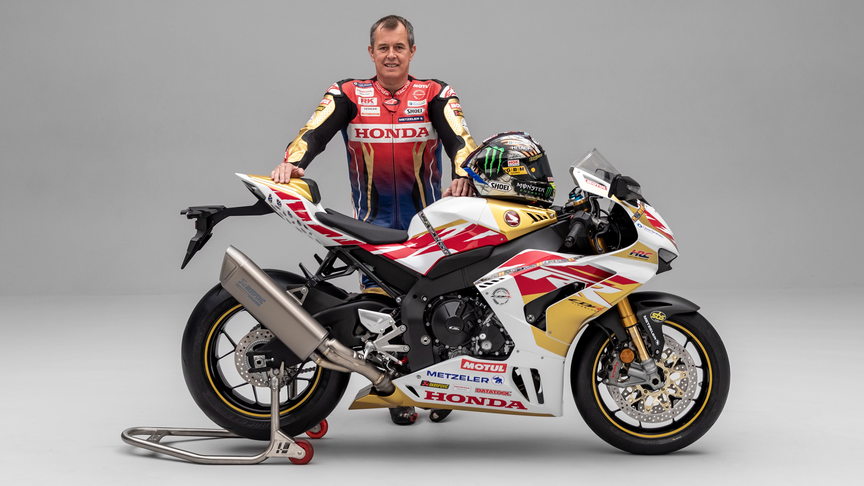 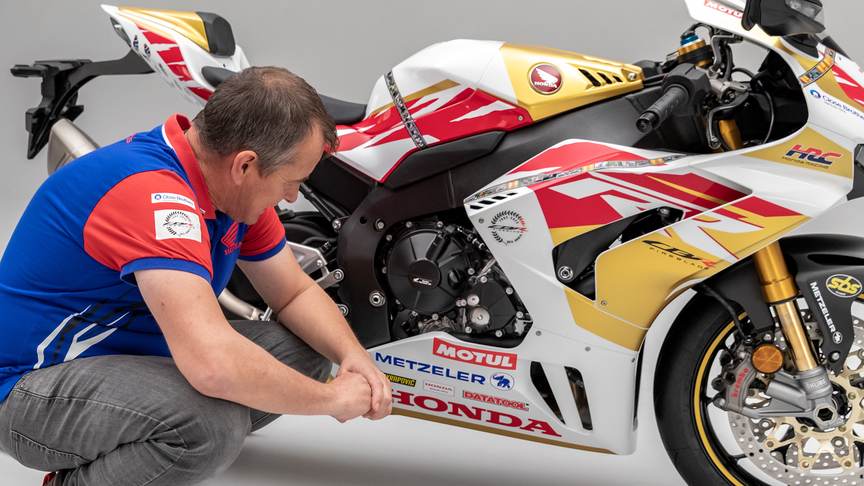 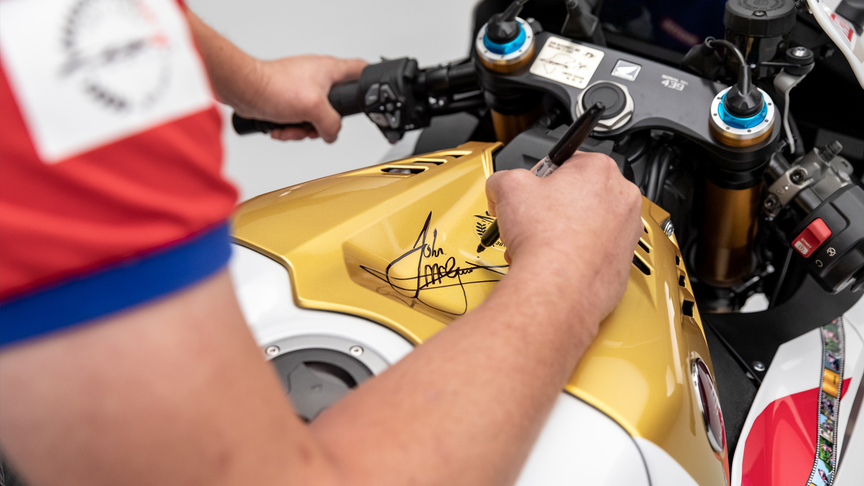