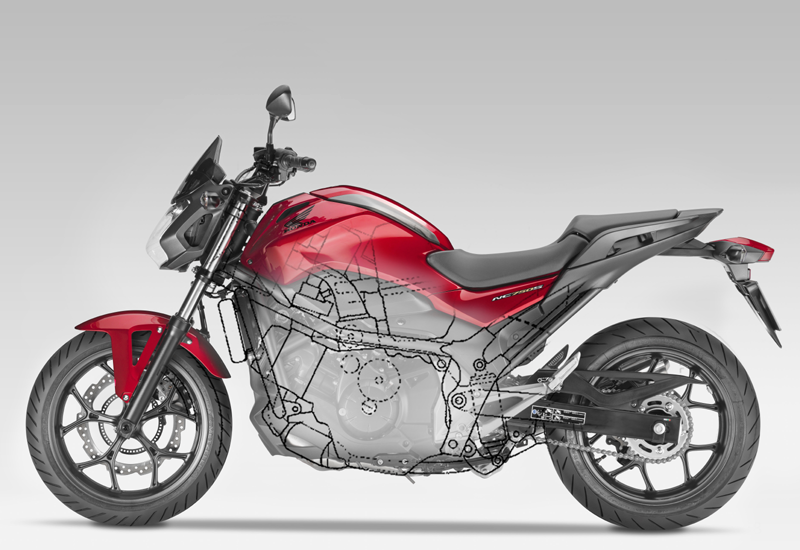 The Kawasaki Ninja H2 patents were filed 4 years before the actual model was revealed to the world. Now, reports are doing the rounds that Honda has started working on a new supercharged motorcycle project, NC750. This could still be far away from being production ready in the near future, but since the Kawasaki H2 is making it to the Indian streets in a could of months time, we can be sure that even Honda’s supercharged answer will be available in India in due time.

The patent drawings on the NC750 parallel twin motorcycle suggest that there is plenty of room to accommodate a supercharger. Although specifications aren’t out yet, it is being rumoured that the bike will produce well of 100 BHP of power and still manage to return respectable fuel efficiency numbers.

But patent drawings also suggest that this would be a naked motorcycle. From the image, the bike looks pretty plain Jane. The design is no match to the Kawasaki nakeds such as the Z800 and the Z1000. And the missing fairing will also be considered when accounting for the high price due to the supercharged technology.

The Honda NC750 will surely undercut the Kawasaki H2’s pricing, by a good margin. More news should emerge in the coming months.