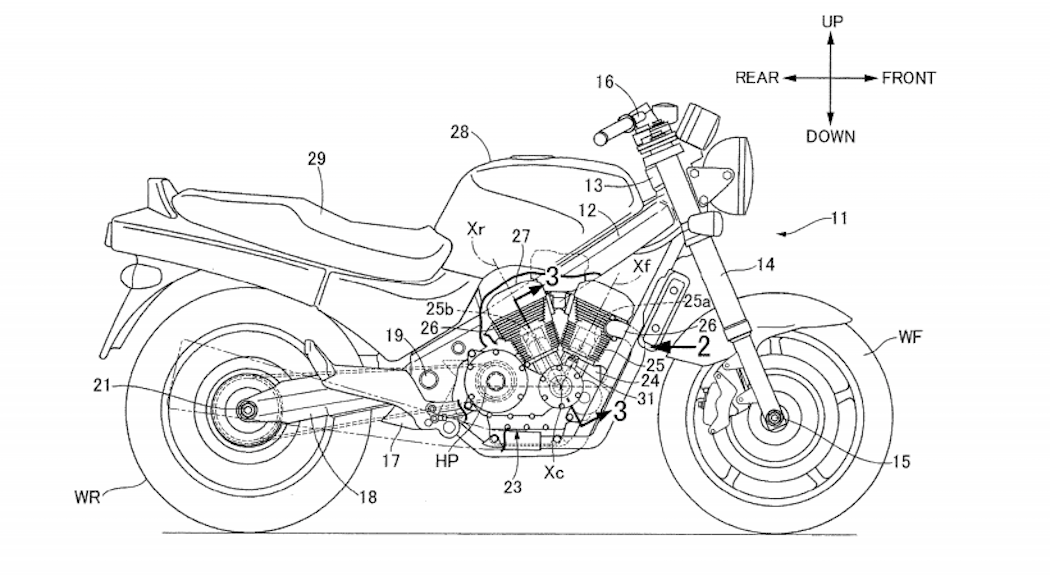 V-Twin engines are not new to the brand and it has developed fairly popular and powerful V-Twin engines in the past such as the VTR1000 RC51 and its Road-Racing iterations but currently, the brand’s line-up is limited to the Honda Shadow and Honda Fury cruiser at least in the North American market. V-Twin engines are quite popular on large American cruisers but they are versatile and also feature on Neo-Retro sportbikes as well as supersport machines such as the Ducati Panigale V2.

According to the published documents from Honda Motor Co. LTD, the new engine in patent design appears to have 2-cylinders arranged in a Vee but things start to get interesting when the patents describe an electronic sensor placed on the right-hand side of the crankcase. The sensor appears to be a stick type probe that sits in the vertical position and is described as a ‘pulse sensor’ in the United States Patent Application Publication. The pulse sensor is a detection type sensor that can accurately measure the crankshaft’s rotational speed.

In order for the pulse sensor to work and precisely detect the crankshaft’s rotational speed, a ring gear on the outer end of the crankshaft is mounted. The patent further explains that, extremity of an eddy current type micro displacement sensor opposes the outer peripheral face of the ring gear, but the patent files do not disclose the positional relationship between the micro displacement sensor and the crank chamber.

The detection sensor sits from above higher than a virtual horizontal plane and from outside the crankcase allowing the crankcase to be sleeker as compared to sensors integrated within the casing. The positioning of the sensor which is from above and at the front cylinder bank also allows less oil to be splashed on the sensor increasing accuracy.

Honda could bring the new high precision detection sensor on future V-Twin powered motorcycles. The invention can measure the angular velocity of the crankshaft when engine misfiring is detected with high accuracy.

Or is the brand working on a new V-Twin powered naked motorcycle? 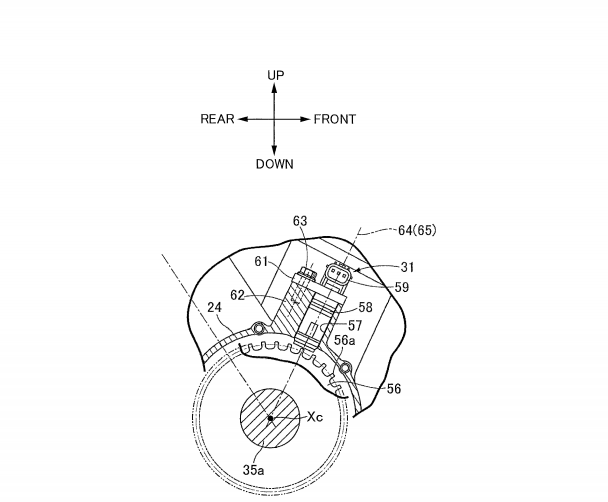 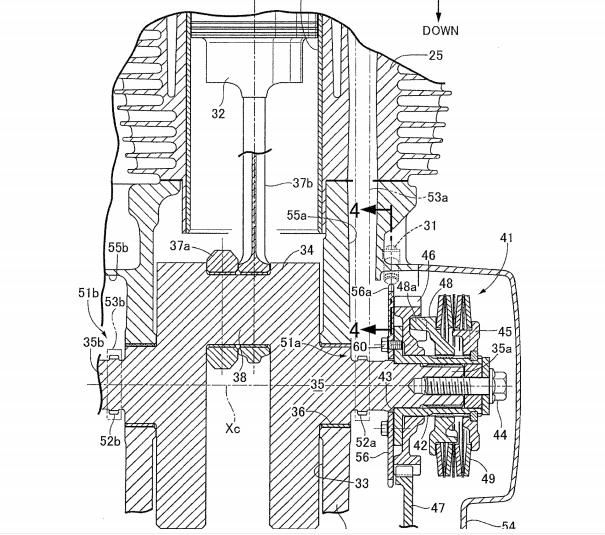