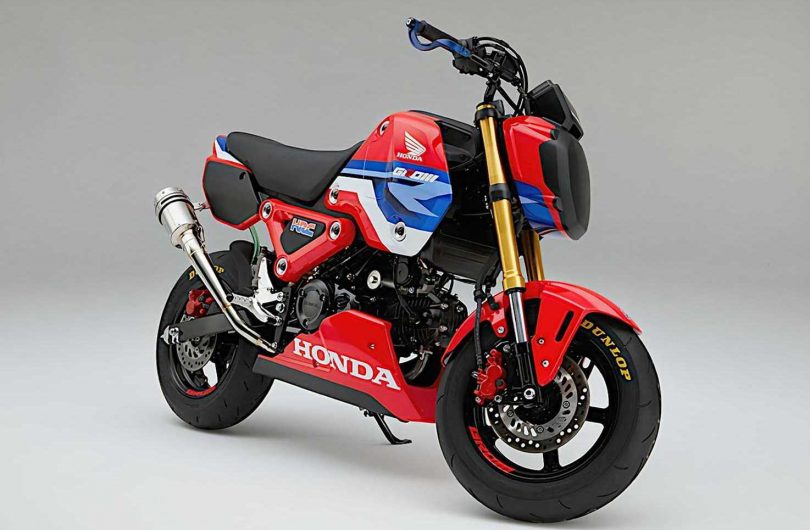 In the recent past, Honda took the wraps off the Grom 125 which is also marketed as the MSX 125 in a few international markets. The brand has now revealed the HRC-spec race only mini-moto which will participate in the one-make race series called the HRC Grom Cup in Japan. As a race model, the Honda Grom 125 comes with improved on the track features and updates that are more inclined towards racing than safety. The HRC-spec Honda Grom 125 misses out on safety equipment such as Lights, Horns and ABS but gains a racing harness and ECU along with race-specific body panels that also come with the HRC race livery, an upswept racing exhaust system and track biased sticky rubber tyres.

While the technical specifications on the engine are scarce at the moments. It is speculated that the changes in the electronics package and the exhaust system are likely to boost the power output which is expected to be significantly higher than the stock machine. In its road-going avatar, the Honda Grom 125 is powered by a 124.9cc single-cylinder, air-cooled, 2-valve PGM-FI fuel-injected engine that produces 9.6 hp of power and 10.9 Nm of torque matched to a 4-speed gearbox with a wet multi-plate clutch.

The engine is compliant to Euro5 standards and to things into perspective the Grom 125 develops similar power outputs as the Honda Shine in India but weighs nearly 15 kgs less at the kerb. The HRC-spec Grom is expected to weigh significantly less than the standard as it losses out on parts such as ABS, a catalytic converter, lights etc. The standard Honda Grom 125 is measures 1760mm in length, 755mm in width, 1010mm in height and has a wheelbase of 1200mm with 160mm of ground clearance and 765mm of saddle height. It comes with a 5.5-litre fuel tank and weighs 101.7 kgs.

In terms of the mechanical parts, the standard Honda Grom 125 features a steel mono-backbone frame which rides on 31mm upside-down front forks and mono-shock suspension on the rear-mounted to a steel square pipe swingarm. The bike gets 220mm single disc with hydraulically operated calliper on the front and a 190mm single disc brake with the hydraulic calliper on the rear equipped with single-channel ABS. 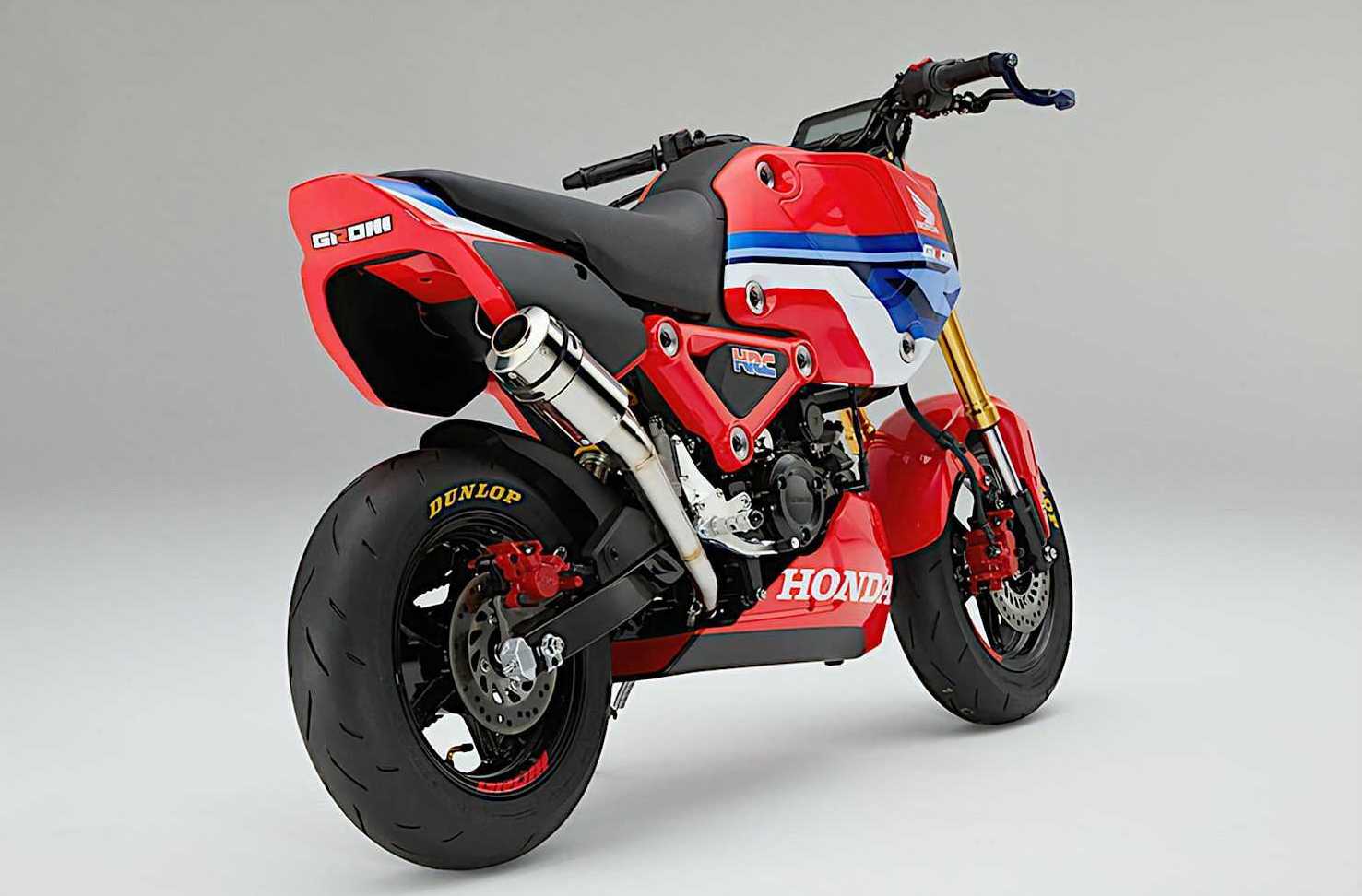