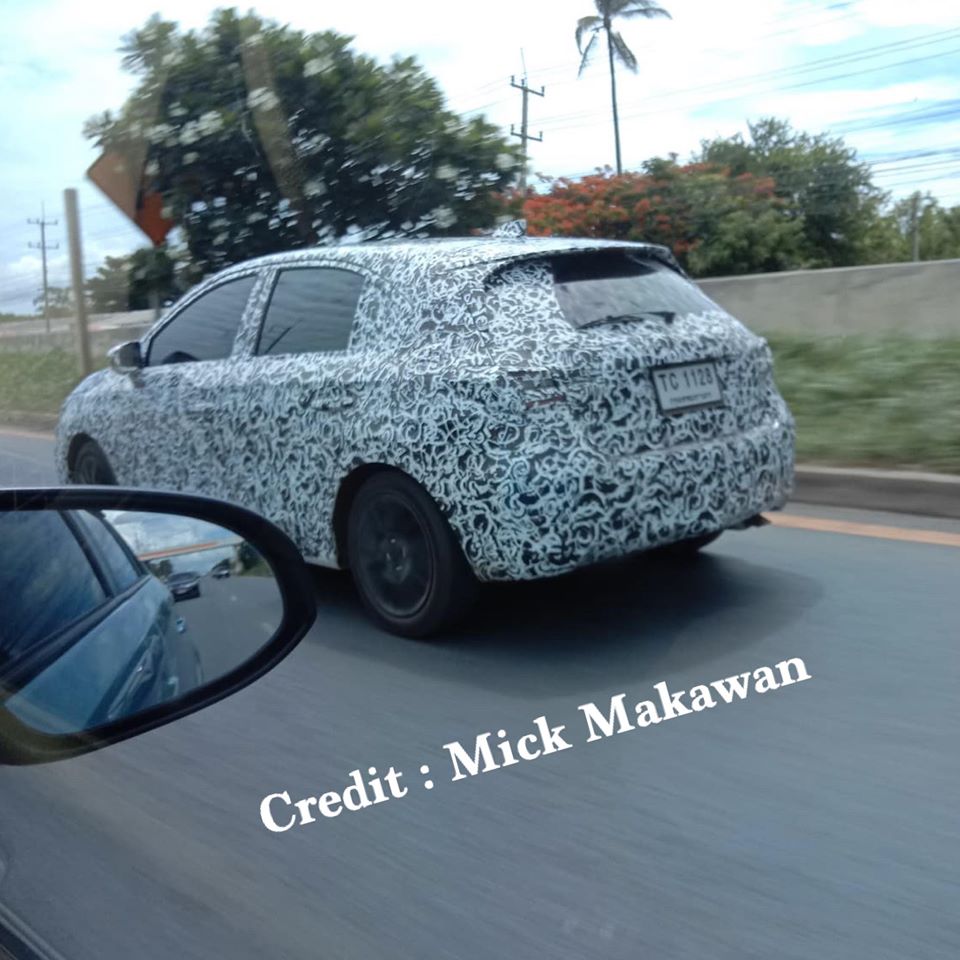 A couple of months ago design patents of a Honda hatchback surfaced the internet which resembled the fifth-generation Honda City sedan in the design front but with a hatchback body. The leaked patent drawing also featured its own proprietary rear-end design unlike the Honda Gienia notchback sold in the Chinese market. While the Gienia is sold exclusively in the Chinese market, the Honda City hatchback will be sold in multiple international markets where it is being speculated to replace the Jazz hatchback in some markets.

Now the first-ever glimpse of the Honda City hatchback comes through a set of spy pictures which show that the brand has developed a road-going test mule of the Honda City hatchback, spotted testing on the roads of Thailand wearing full camouflage. This leads us to believe that the car will be first sold in Thailand market followed by other ASEAN countries as well as the South American market.

The vehicle in the spy pictures are neatly camouflaged but design drawings that were leaked earlier reveal that the car will be similar to the latest-generation Honda City sedan up to the C-pillar but looses on the rear deck and get a hatch on the rear with a rounded styling ad Z-shaped taillights similar to the Honda City sedan. The production model could also get a different front bumper to differentiate it from the sibling.

The Honda City hatchback is expected to be underpinned by the City sedan and is not likely to lose cabin space but will have a smaller boot as compared to the larger sedan. Though design details on the interiors are scarce, the hatchback is expected to match features on the equipment front and is likely to get an 8-inch touchscreen infotainment system with latest-generation telematics, multifunctional steering wheel, contoured seats, climate control AC and twin-dial instrument cluster.

In the engine department, the Honda City hatchback is likely to feature a naturally aspirated 1.5-litre i-VTEC petrol engine or a 1.0-litre turbocharged petrol engine depending on the market where it is being sold. 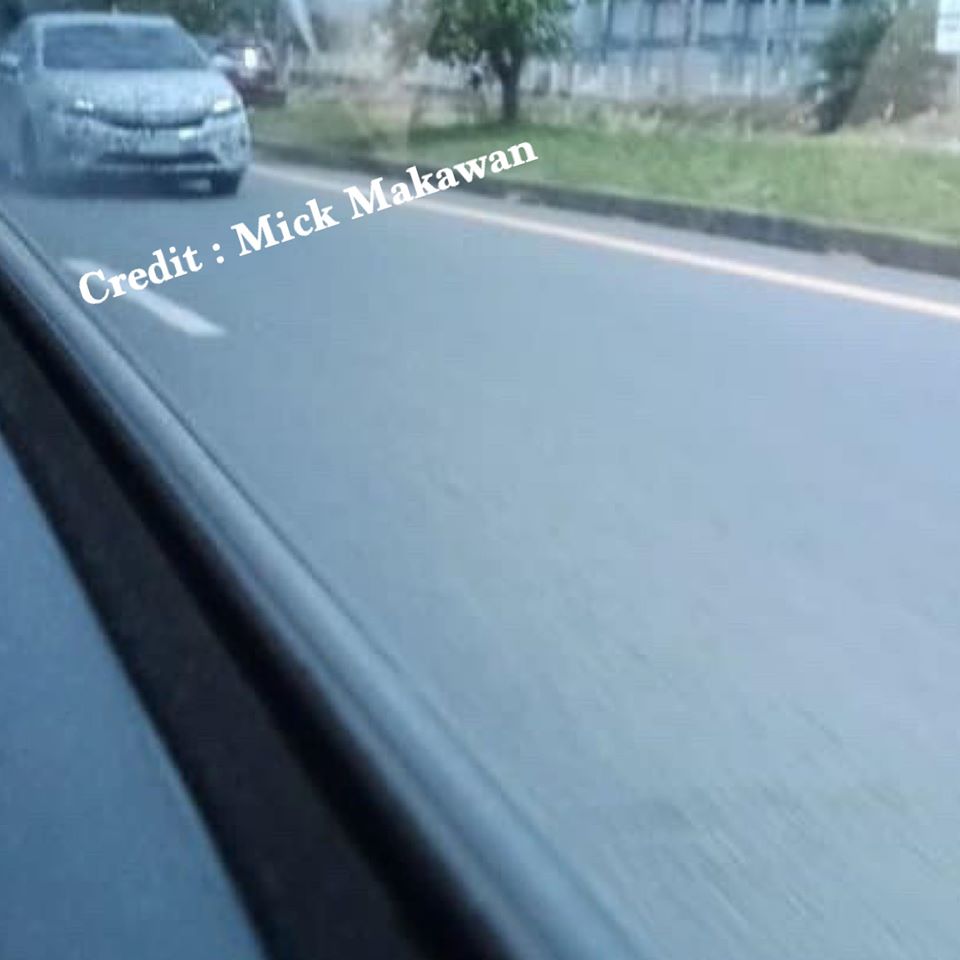 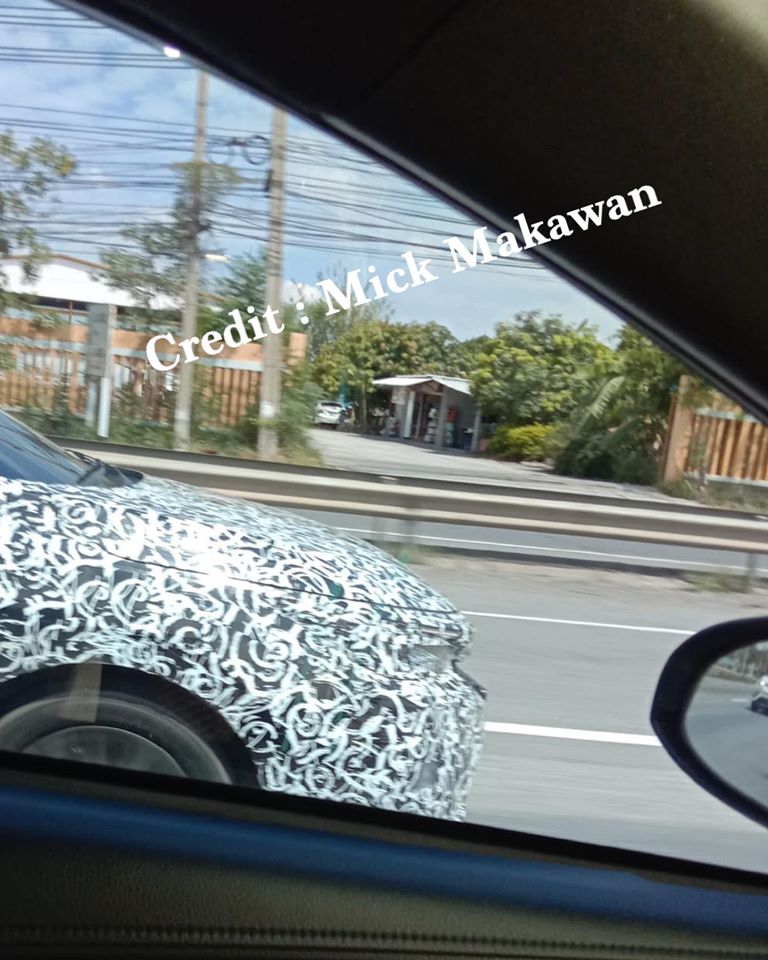