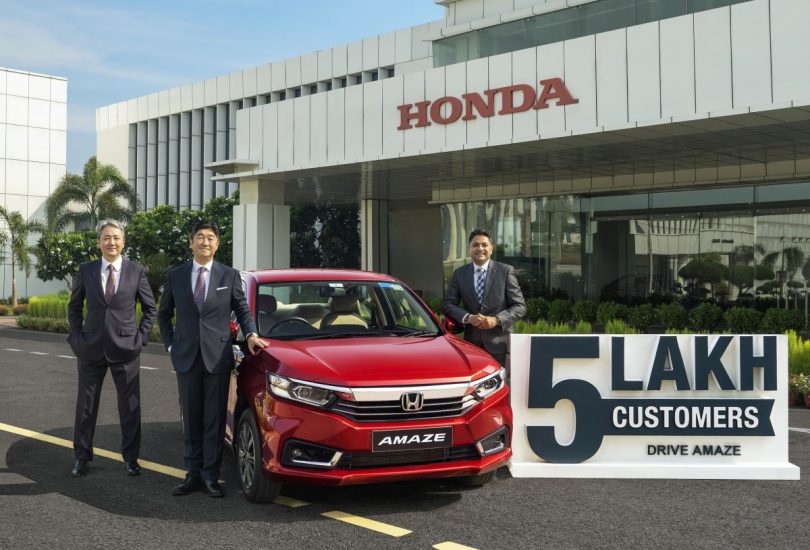 Honda Cars India Ltd announced that its popular family sedan Honda Amaze had breached the 5 lakh units mark. The car, presently in its second generation version, is a prime choice in India’s entry sedan segment. This is further asserted by the fact that Amaze is presently the largest-selling model for HCIL. The sedan accounts for more than 40 per cent of company sales. Being an India-centric product, the Made in India Amaze from Honda’s Tapukara plant in Rajasthan is also a much-loved product in the overseas market. Honda Amaze has been a favourite, especially amongst young and aspirational buyers. With the updated model that gets subtle visual upgrades, the compact sedan now looks even more striking.

The sedan is available in both manual transmission and CVT in Petrol with 1.2L i-VTEC engine and also Diesel with 1.5L i-DTEC engine. Thus, the Amaze adopts the best of Honda’s powertrains to achieve a perfect amalgamation of performance and fuel economy. The model’s current sales contribution from Tier 1 markets is almost 40 per cent. Interestingly Tier 2 and 3 combined contribution is around 60 per cent. Currently, nearly 40 per cent of its customers are first-time buyers, thus making Amaze a perfect choice for new buyers. In addition to this, Amaze also offers great peace of mind. Customers get Honda’s famed durability, quality, reliability, low cost of maintenance and a 3-year / Unlimited Kms warranty with Amaze.

Given the rising share of automatics, the share of auto gearboxes in Amaze has also progressively increased from 9 per cent at the time of its initial introduction in 2013 to more than 30 per cent. In line with the strong market shift towards petrol during the last few years, the petrol variants of the Honda Amaze also dominated the overall Amaze sales across the country. 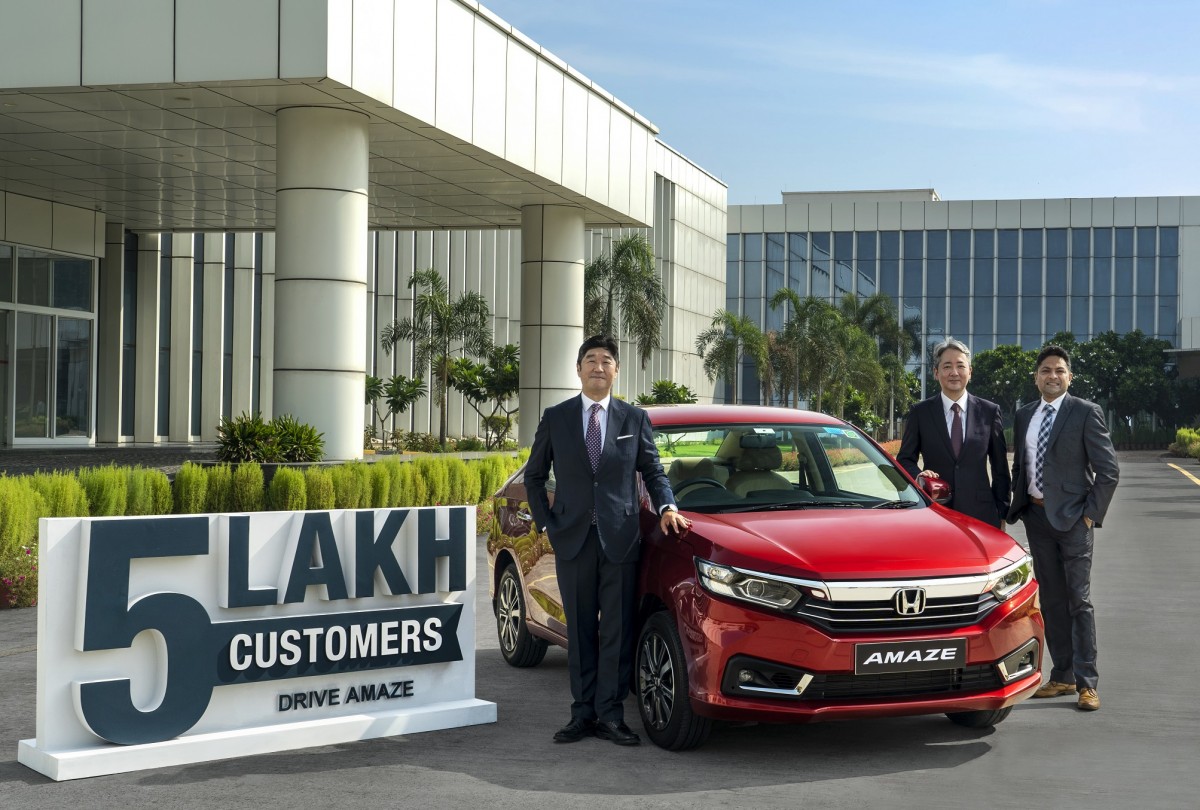