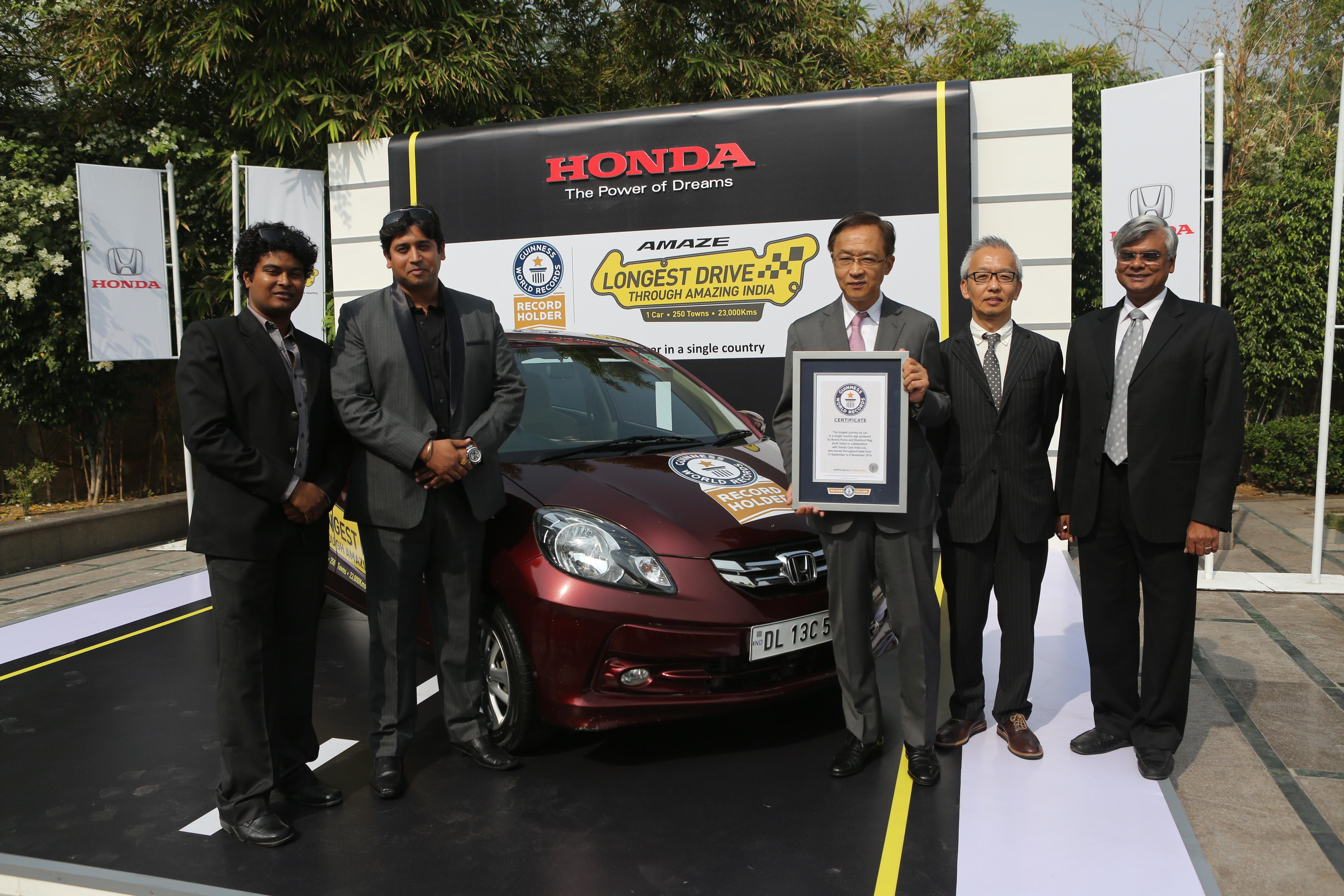 Honda’s ‘Longest Drive through Amazing India’ in the Honda Amaze, entered the Guinness World Record, registering the longest journey by car in a single country. The compact sedan, Amaze reached New Delhi, as the epic drive came to an end after clocking 23,800 km across the country.

This 55-day drive was flagged off from Jodhpur on 15th September 2014. The journey covered a distance of through mountainous terrains, coastlines, flat highways, congested city roads and the interiors of India. It crossed more than 400 towns on its way and made pit-stops at the major cities.

The ‘Longest Drive through Amazing India’ will be followed by a series of “webisodes” on ‘Drive through Amazing India’ which will be hosted by renowned author Chetan Bhagat. In this web series, Chetan Bhagat will be travelling to the unexplored places of India which will be followed by contests, wherein people will be asked to post stories or photos about unexplored places of Amazing India. The short-listed candidates will further get a chance to travel and explore remarkable places of India.

The campaign was initiated to celebrate the success of Honda Amaze in the country and for reaching 1,00,000 units sales milestone which was the fastest in the history of Honda Cars India Ltd (HCIL).