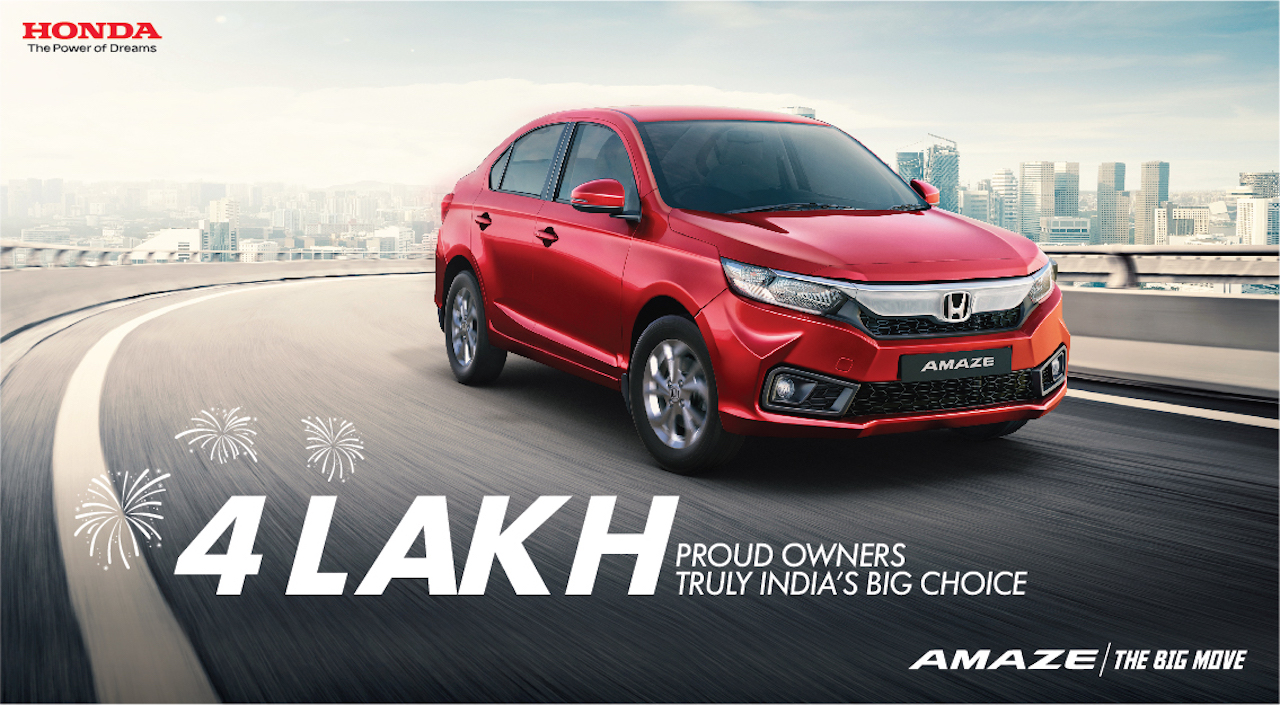 Honda Cars India Ltd. (HCIL) announced that the brand has cumulatively sold more than 4 lakh units of the brand’s popular family sedan, the Honda Amaze since the car’s introduction in India, back in 2013. Now in its second generation, the Honda Amaze is currently Honda’s largest selling model in India. The 1st generation Honda Amaze was launched in India in April 2013 and sold 2.6 Lakh units till March 2018. The 2nd generation Honda Amaze was launched in May 2018 and the brand has sold around 1.4 lakh units so far. According to Honda, Tier 1 markets have contributed to almost 44% of the overall volumes while Tier 2 and Tier 3 markets combined have sold the rest 56%. Also, the share of the automatic transmission version has increased from 9% in the first generation Amaze to 20% in the 2nd generation.

The Honda Amaze is also the first car from the brand to have transitioned into BS6 emissions-compliance in India. The Honda Amaze also claims to be the most powerful in India in the segment along with the best balance of fuel economy offering 18.6 kmpl on the petrol manual transmission version and 18.3 kmpl on the petrol CVT automatic gearbox. The Diesel Manual variant offers 24.7 kmpl of mileage and the Diesel CVT automatic returns a fuel economy of 21 kmpl. The Honda Amaze is powered by a 1.2-litre i-VTEC engine which produces 90 PS of power and 110 Nm of torque available in both manual transmission and a CVT (Continuously Variable Transmission) automatic. Optionally, the car is also available with a 1.5-litre i-DTEC diesel engine that will churn out 100 PS of power and 200 Nm of torque available with a 5-speed manual transmission and a CVT gearbox.