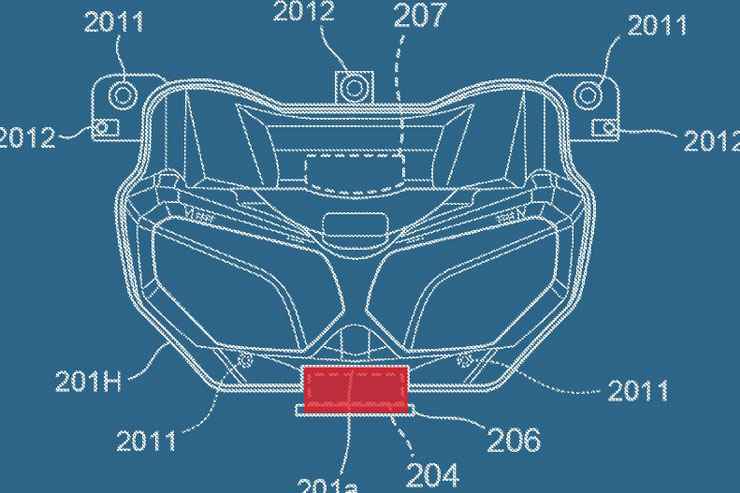 The world of adventure and touring motorcycles is seeing a lot of advancements, especially in the electronics department. Technologies that were only available to high-end premium cars is now slowly trickling down to motorcycles. One such technology is the Adaptive Cruise Control which made its debut with the Ducati Multistrada V4, followed by the BMW R1250 RT and then the KTM 1290 Super Adventure. Furthermore, leaked patents of the Honda Goldwing also show that the radar-based technology is coming to the long-distance touring model and now new patents of the Honda Africa Twin have emerged on the internet the leads us to believe that Honda will also be employing the new technology on the Adventure Class motorcycle.

According to the leaked patent images, the radar unit is likely to be located on the chin of the motorcycle between the cornering lamps of the motorcycle. The units could be sourced from German technology company Bosch which is also used widely in the industry and also power the Ducati Multistrada V4 that became the first production motorcycle to use the technology. If the rumour turns out to be true the units will be close to the size of an action camera and will sit behind mild bodywork. While the design of the front fairing appears similar to the current model there are changes to the fender which now have recesses to ensure the radar system does not have any interference.

For the uninitiated, the forward-looking radar system can detect the range and speed of the object (Vehicle) in the front and either warn the rider if it detects the distance is closing too fast with audio and visual feedback or trigger autonomous emergency braking. The system can also apply brake pressure if it detects the rider is not applying optimum brake pressure. According to the patents, a pair of cameras sitting on either side of the radar units can further enhance the system and are likely to be able to detect and read road signs, detect speed limit warnings, turns & corners as well as traffic lights.

The leaked patents also show a pair of rear sensors mounted on the number plate hangers which can warn the rider of a vehicle in the blind spot or if a vehicle is approaching from behind at a high rate of speed. The Ducati Multistrada V4 employs a single rearward looking system, while Honda’s patent show two units oriented sideways which could offer a wider angle of detection. This system could not only warn of vehicles from behind but also on the sides. 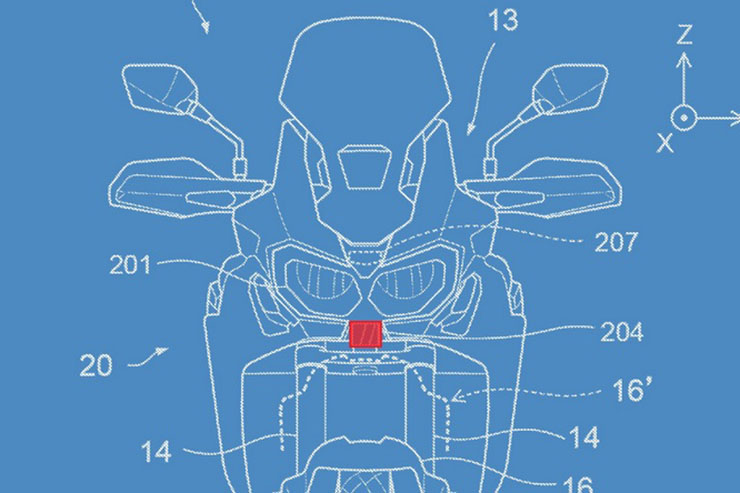 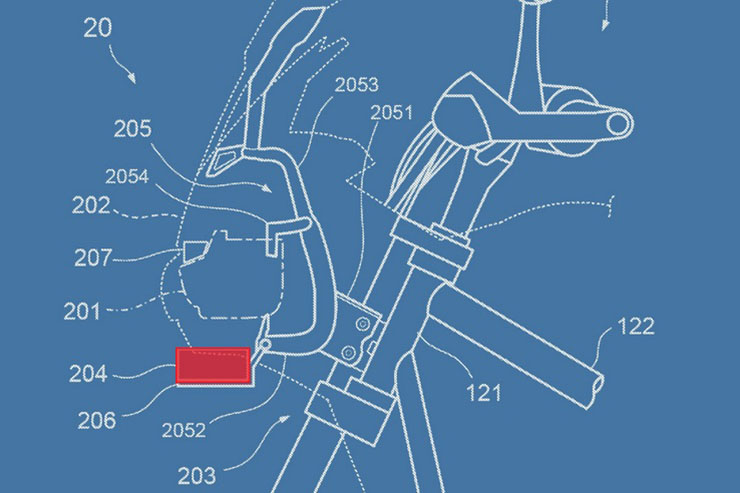 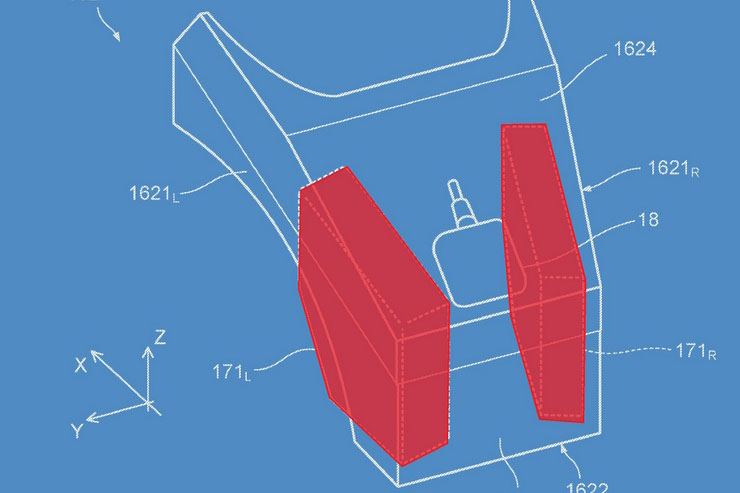