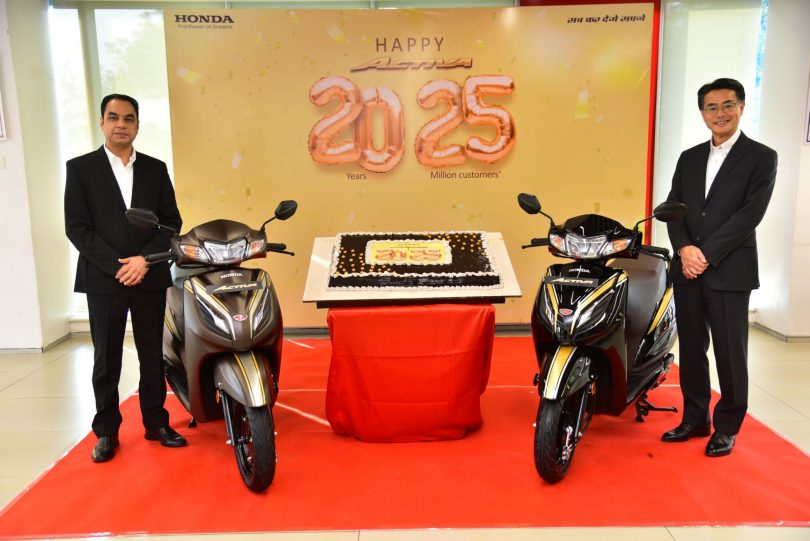 Honda 2Wheelers India has achieved a major milestone in the Indian two-wheeler industry. It reported that its scooter the Activa has now added over 2.5 crore customers in the India market, 20 years on since its launch in 2001, Activa is arguably the most popular and the benchmark in its segment.

Honda has revolutionized the entire scooter industry in India. It introduced a lot of first-in-segment features like Combi-Brake System, Full LED Headlamp with position lamp and offered its customers with a peace of mind 6 years of extended warranty which was also an industry first.

Activa was first launched in India back in 2001 when the scooter market was on a decline. With just 55 months after its launch, Activa reported 1 million sales. In the year 2008-09 Honda launched the Activa with a bigger 110cc engine with up to 15% more mileage than its predecessor along with the first-in-segment feature like Combi-Brake System with Equalizer technology. Then in the year 2012, Activa crossed the 5 million cumulative sales target with monthly sales of over 1 lakh units. After 14 years since its launch, in 2015 Honda Activa broke the record by becoming the 1st scooter in India to have a customer base of 1 crore. Fast forward to 2020, Honda Activa celebrated its 20th anniversary and crossed the 2.5 crore customer mark.

In the current iteration of the Honda Activa, for the first time, Honda has included a telescopic suspension however most of the other things remain unchanged from the 5th generation. The engine option is a 109.51 cc air-cooled, single-cylinder BS-6 compliant motor which makes around 7.6 BHP of power and 8.7 Nm of torque. The key changes in the 6th generation include a longer rear end with redesigned tail lamps, Honda has dumped the digital-analogue instrument cluster of the 5th generation and the 6th gen has a simple sleek looking all analogue console. Now, most part of the 6th gen Activa has its resemblance with the Activa 125. Interestingly, the current-gen Activa gets an engine kill switch which is integrated with the starter button. The Activa has a price tag of INR 67,836 meanwhile the 125 cc variant of the Activa 125 is priced at INR 72,294 (ex-showroom).